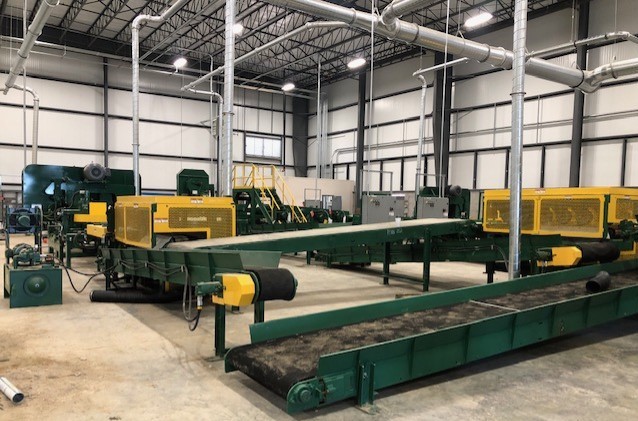 The two machines cut the staves and size them. Note the conveyor belts which travel from machine to machine and the pipes which run overhead to collect sawdust from each process. Photo by PJ Martin

The Edmonton-Metcalfe Industrial Development Authority (IDA) held its January meeting inside the Pennington Stave and Cooperage (PS&C) building. Member Mark Linkous and Mayor Doug Smith were unable to attend, however, Chad Pennington of PS&C was in attendance to provide a tour of the facility and the equipment.

Chairman Wes Jolly presented an update on the construction schedule for PS&C noting that the fire pump has not arrived yet, but is currently in shipment. He gave a rundown of the project from the start to the present day to bring the new members up to date. Jolly stated, “We’re in the last month of activity.”

The group was faced with the approval of one more change order (#4) from Scott, Murphy & Daniel for the redo of the concrete pads for the outside equipment. At this time, it has not been determined who caused the problem that resulted in the need for a redo. As Jolly said, “A lot of discussions has happened with regard to why that happened, who’s responsible for that happening, at this point in juncture it’s a moot point.”

The project has seen many other roadblocks in the form of waiting for grants, state requirements, architectural details, inspections, and even the weather.

The PS&C project began back in 2018 with the lease/buy agreement and is finally scheduled for completion on February 8, 2023. Pennington stated, “With this date in mind, that’s going to happen.”

Pennington took the group on a tour of the equipment while explaining the process of cutting staves. First, the logs are debarked and cut to length outside, then move inside along a conveyor to a large saw to be cut in half. Each half moves on a conveyor to one of two saws that half those into quarter logs. Those travel by conveyor to be sawed into staves and continuously circle by conveyor to be sawed again until the log is used up. The cut staves then go through a sizing machine and travel to inspection.

The sawdust from each machine is collected by an overhead collection system and is recycled. Plus, the leftover debris from the sawing process is conveyed to a chipper outside to be recycled.

All of this equipment fills half of the current building. The aim from the beginning, per Pennington, was to get this equipment up and running, then add the same equipment to the other side of the building and produce twice as many staves. Everything has been installed in the building to enable a second set of machines.

At long last, the project is coming to a completion. 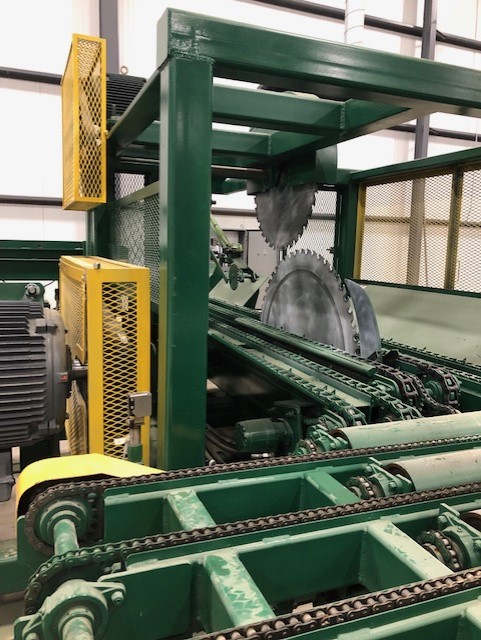 The large saw used to half the logs as they come into the building. Photo by PJ Martin 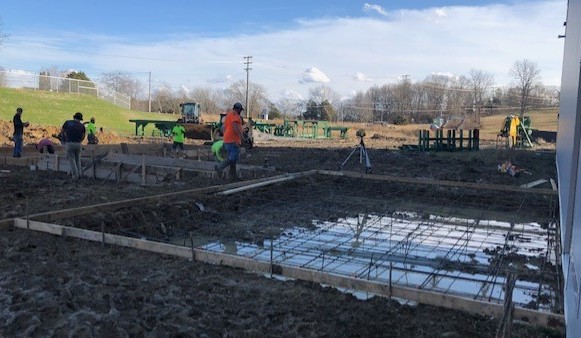 Crews are busy getting the corrected cement slabs ready to hold the debarker and other equipment. Photo by PJ Martin 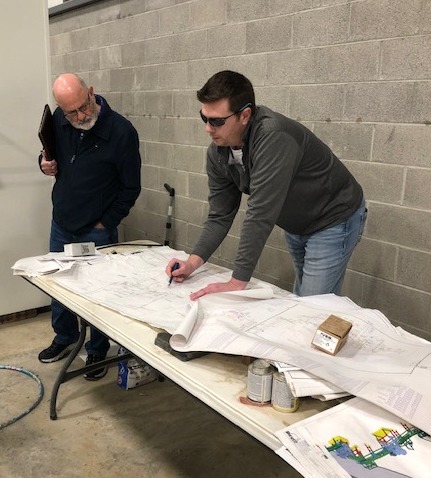 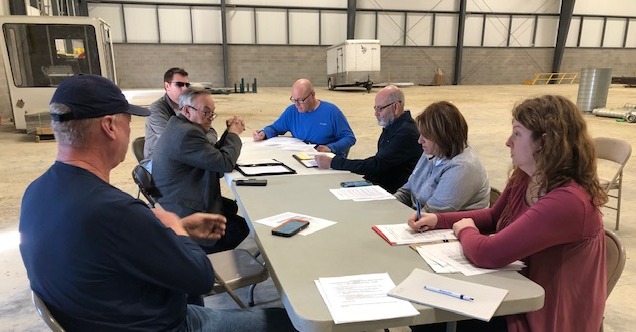