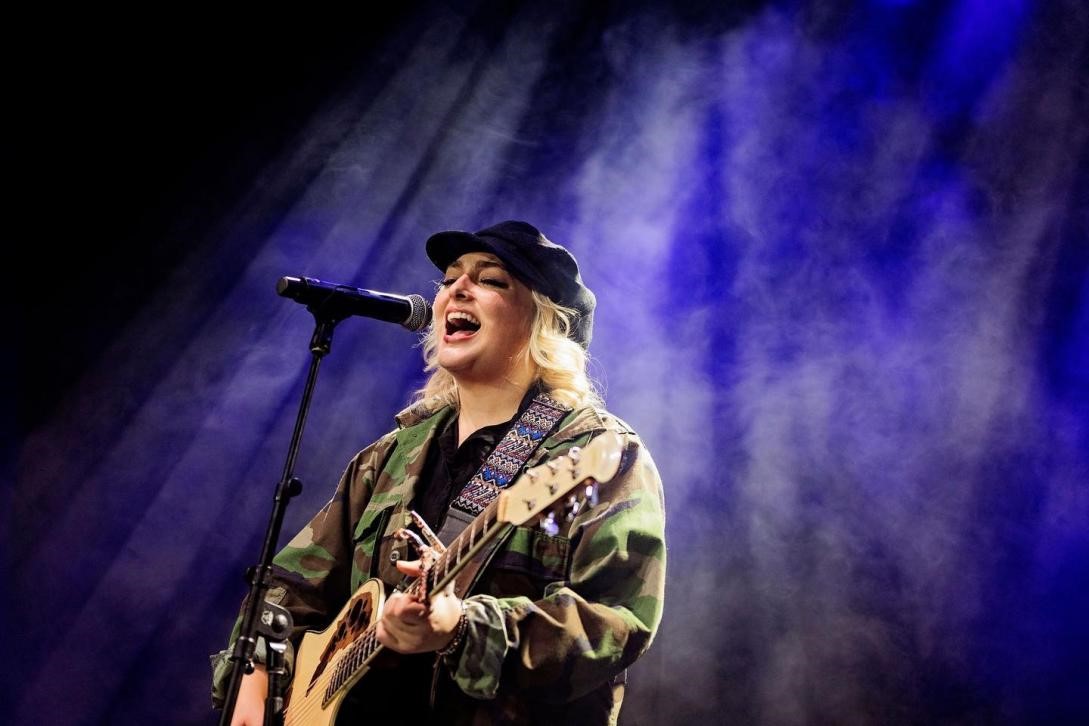 HunterGirl performing to a sold out crowd at the Historic Plaza Theater on Saturday, January 7.
Photography by Autumn 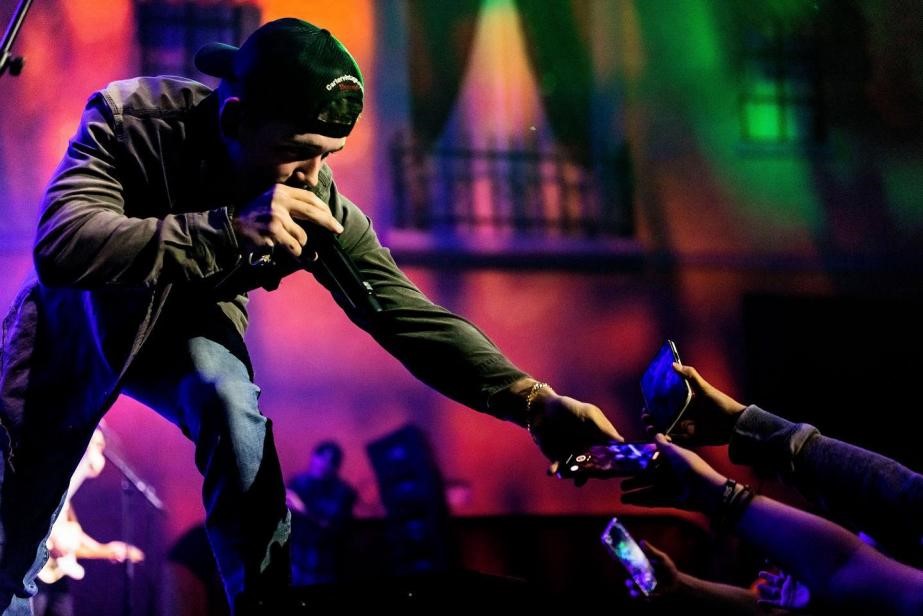 The atmosphere at the Historic Plaza Theatre was abuzz last Saturday evening as the 2023 Helping the Hardworking concert series kicked off the first of many concerts in the coming weeks.

Noah Thompson and HunterGirl hit the stage wide open with their country-flavored tunes in Glasgow for fans, one of many stops on their tour across the country together. Huntergirl is a Tennessee native and Noah is a West Virginia turned Kentucky native.

Both made their way into the limelight in Season 20 of American Idol, a reality television show where aspiring singers compete for the chance at stardom, where Thompson was the winner and HunterGirl on his heels as runner-up.

A meet and greet was held before the concert, giving fans the opportunities to talk and snag photos with the duo – although their performances were separate.

The concert is one of many to come hosted by Helping the Hardworking, a local non-profit organization that launched in 2020.

“Helping the Hardworking’s Concert Series is a fantastic win for our community,” said Jamie Bewley Byrd, “Not only does it give us great entertainment right here at home, but it also brings much sought after tourism to Barren County. The most recent concert brought locals together while also attracting visitors from out of state.”

Byrd is the founder and director of the nonprofit organization and discussed the positive impacts the concert series will bring over the next many months.

“The biggest win of the Concert Series is the number of people in our community that will be helped as a result of the revenue the nonprofit Helping the Hardworking will receive from the proceeds of all sales,” Byrd said, “I am excited to be a part of this exciting time in Barren County.”

Be sure to grab tickets for the upcoming concerts at www.historicplaza.com where you will find the upcoming artists in the Helping the Hardworking Series:

Plans for more artists are in the works throughout the Summer and Fall of 2023. 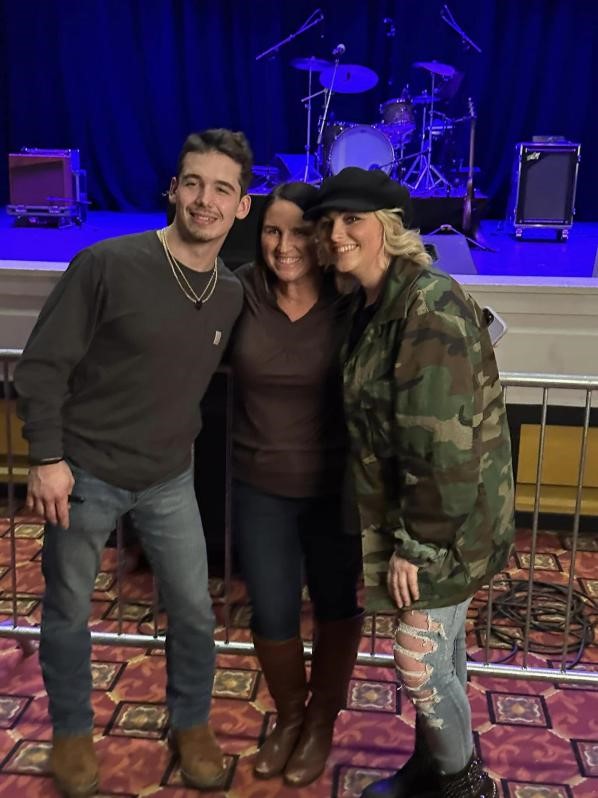 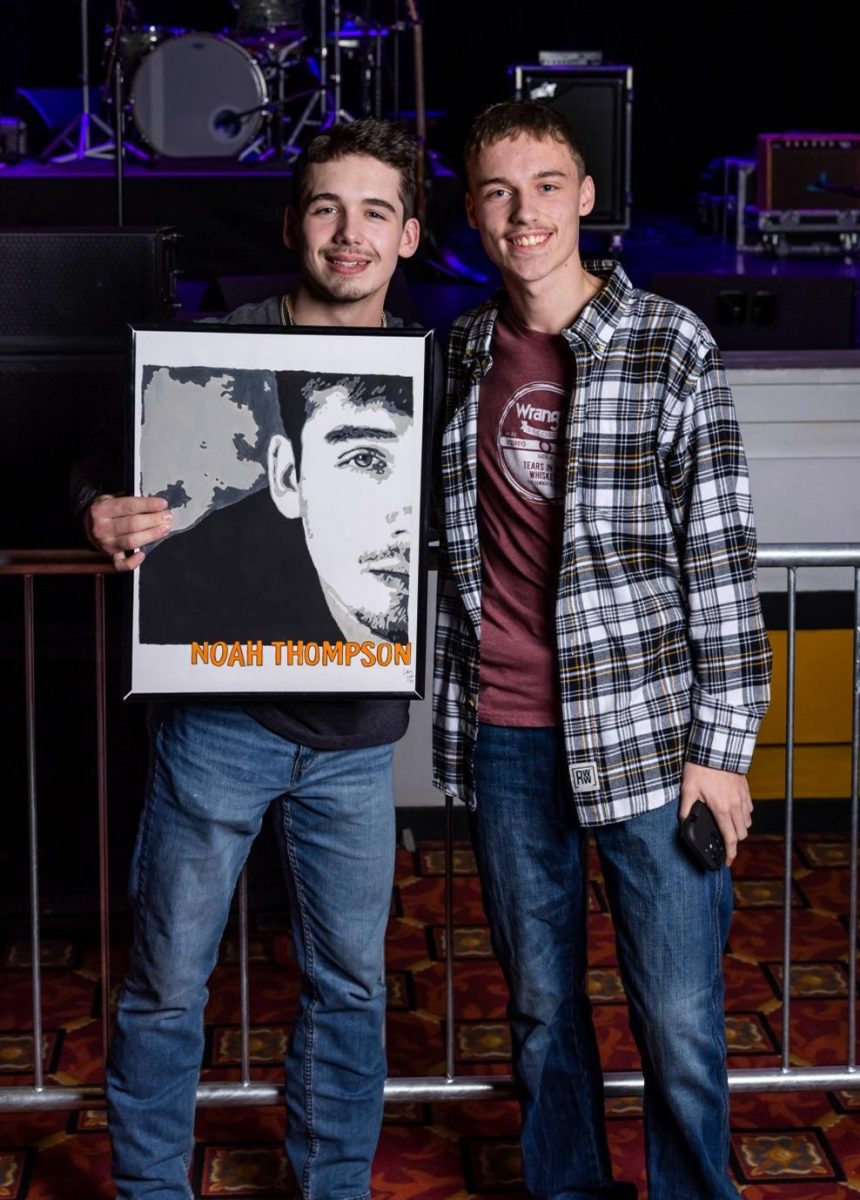 Coby Lee (right) pictured with Noah Thompson. Coby painted the picture for Noah and presented it to him last Saturday at the Meet & Greet. Photography by Autumn