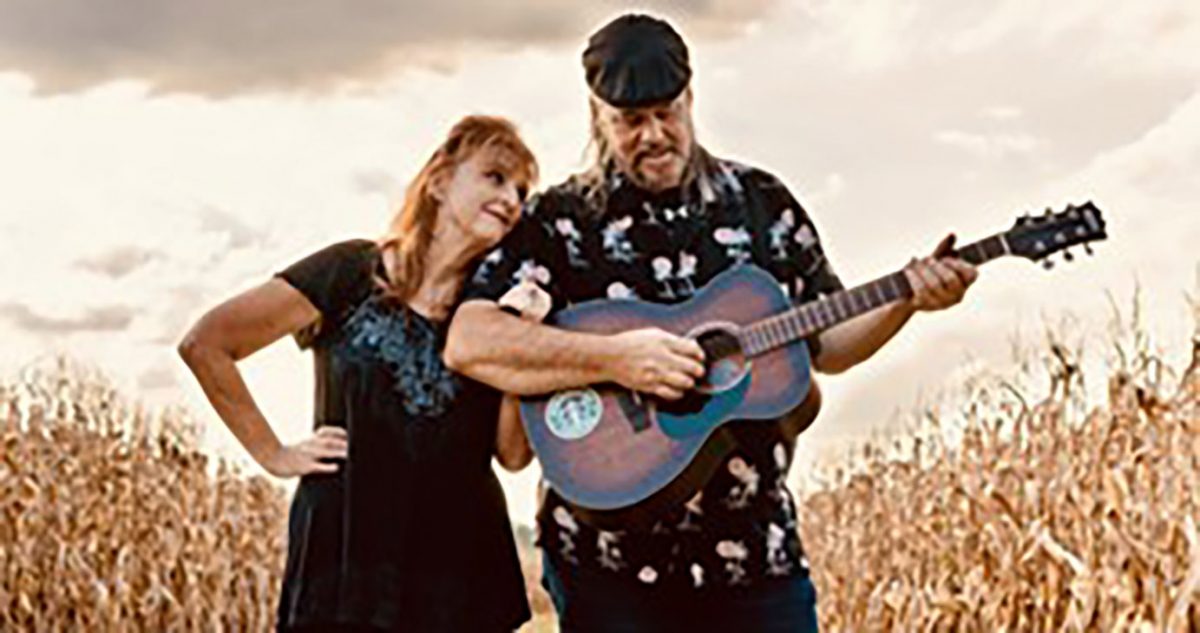 Brass in Pocket will be performing at Yancey’s Gastropub & Brewery on Saturday, January 14, starting at 9:00 p.m. – an after-party to the Plaza’s Journey/Eagles tribute concert. Photo submitted.

Brass in Pocket has been lighting up venues for years with their fun, eclectic repertoire nearly every weekend, and this weekend music fans can catch them at Yancey’s Gastropub & Brewery beginning at 9:00 p.m. on Saturday.

The late show is slated to start the public after-party after the Journey/Eagles tribute concert, which is on for the same evening at the Glasgow Plaza.

Chad, Jenny Lu, and Kevin Thomas on drums will be keeping the 70s & 80s classic pop and rock going after the concert.

Brass in Pocket is a husband-wife duo that started out playing mostly country music, but they have progressed their style to an endlessly-playable and variety of genres.

The two capture and mesmerize music lovers from all corners as they travel around Kentucky, Tennessee, and Indiana entertaining listeners with never ending song requests of classic pop/rock/country sounds.

From Def Leppard to Dolly Parton and everything in between (even Backstreet Boys!), Brass in Pocket dynamically captures the sounds of over 500 songs.

Many moons ago, the two musicians would cross paths that not only formed a new duo, but also a lifelong marriage of performing music together.

Brass in Pocket consists of Chad Shireman, and his wife, Jenny Lu, both of whom have spent years performing music in and around many hot spots and events across the Commonwealth, as well as other states.

Chad and Jenny Lu love to sing duets because they simply love singing together. Jenny Lu had been singing her entire life in Nashville, Tn. and did the theater circuit before meeting the other half of Brass in Pocket. Chad has been on stage performing as a guitarist since his teenage days in numerous bands.

“We are so fortunate to still play almost every weekend and more popular than ever,” Chad said, “We play anywhere from Tennessee, Kentucky, and Indiana.”

Brass in Pocket is always looking for new gigs, private parties or other venues and events because their favorite part of life is simply performing music together and leaving listeners full of good vibes and fun memories. 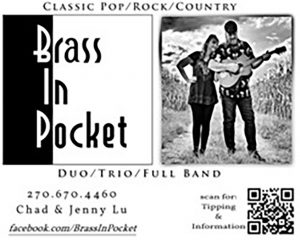 Brass in Pocket is always looking for new places to entertain! Photo submitted.