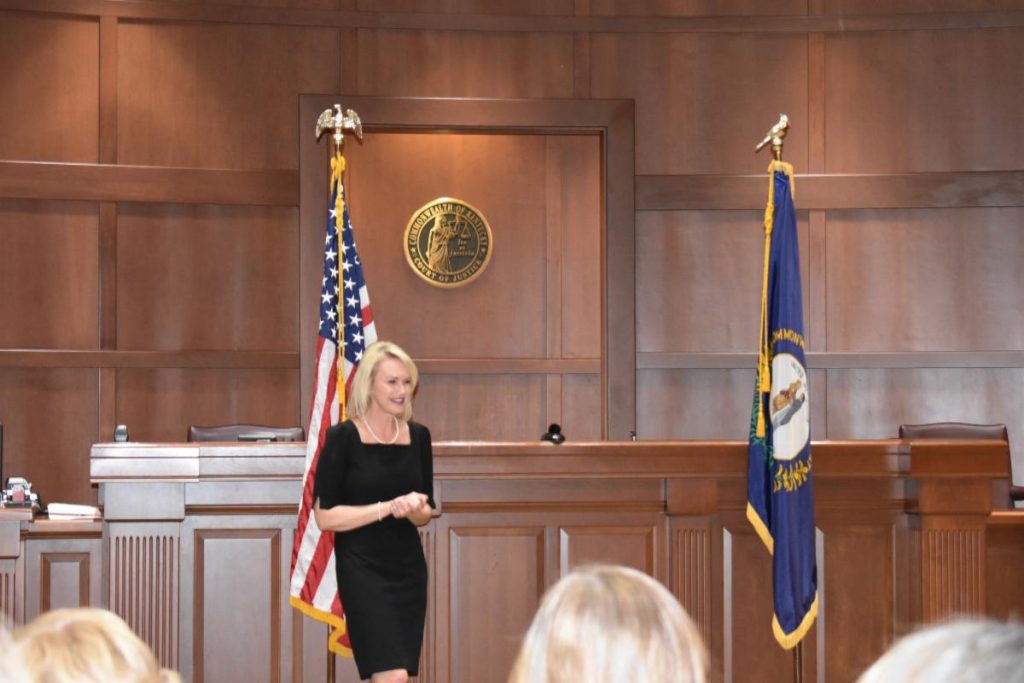 House of Representative elect Amy Neighbors prior to her swearing in by Judicial Circuit Court Judge David Williams. Photo by Kim Harwood.

The Metcalfe County Courthouse was the venue this evening for the swearing-in ceremony of Representative Amy Neighbors. Amy was surrounded by family, friends, and colleagues.

The Pledge of Allegiance was led by Tommy Garrett and Amy Neighbors’ grandson, Tucker Wilson.

The National Anthem was sung by Miss. Tymber Garrett.

David Williams, 40th Judicial Circuit Court Judge then proceeded with the swearing-in ceremony for Representative Amy Neighbors. Amy took the oath of office with her husband, Jason Neighbors by her side.

Congratulations to State Representative, Amy Neighbors, no doubt you will represent the 21st District with integrity and honesty, we are very proud of you. 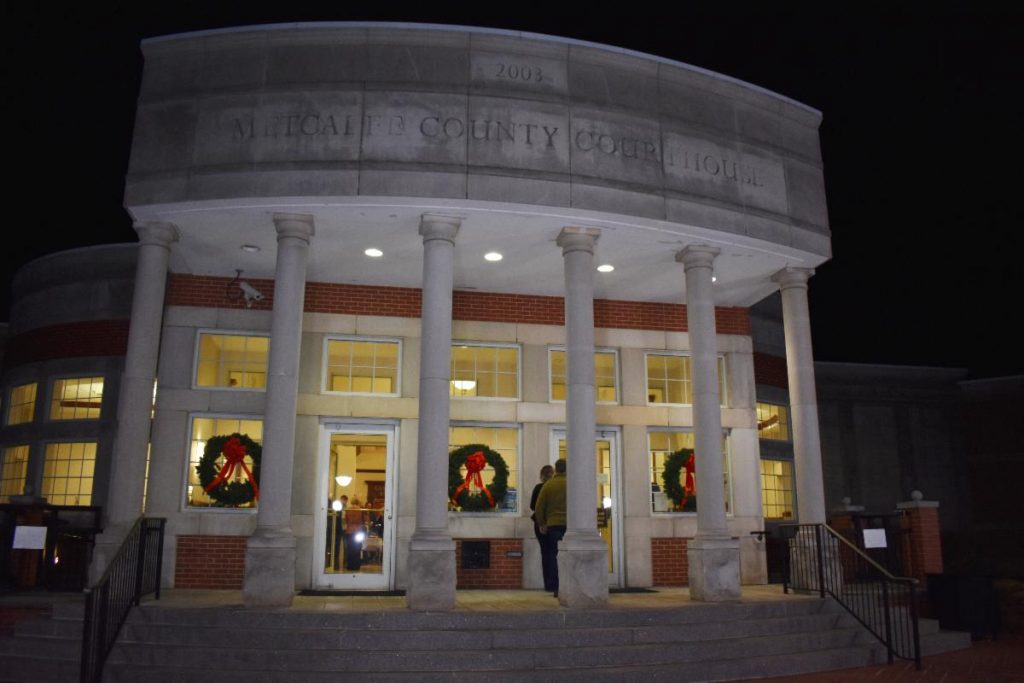 The Metcalfe County Court House all aglow with Christmas decorations for the swearing in ceremony. Photo by Kim Harwood