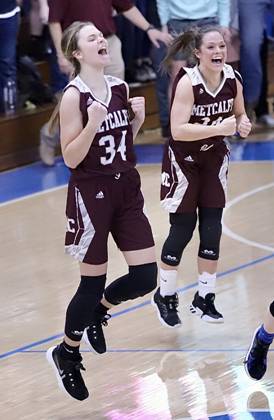 Perhaps one of the biggest changes to affect us all was the updates to West Stockton Street as the change from 4-lanes down to 3-lanes was made. There was quite a bit of confusion for several days.

As part of a 3 county region, Metcalfe County received much-needed grant money from the state for clean water and better roads presented by Governor Andy Beshear. Then in October, Lt. Gov. Jacqueline Coleman visited Edmonton to present the $986,000 CDBG-CV grant to build a larger food pantry at Bowling Park. The Lt. Gov. also brought the $497,961 Cleaner Water grant to the City of Edmonton to install water lines on two roads.

The Edmonton State Bank has been in business since 1897 and celebrated its 125th year with a celebration in September at its home office location in Edmonton.

The City of Edmonton began planning for the Memorial Park project which will include the reconstructed Mosby Ridge Bridge and a walking trail, community building, and amphitheater.

The 40th Pumpkin Festival saw the return of the outhouse race after a 2-year hiatus. The community rallied around the festival as the event was sorely missed in 2020 and 2021.

The 3rd weekend in August saw the return of the Sulphur Well Homecoming along with flooding rains which cut the celebration a bit short.

The 2022 Christmas Parade will go down in the books as the first nighttime parade in Edmonton and what a grand parade it was. The entries were decked out in Christmas lights and the floats were grander than in past years.

A long-time doctor also retired in July. Many patients said goodbye to Dr. Paul Dunn at his retirement from the Edmonton TJ Health Clinic where he had practiced since it opened.

In 2022, we also suffered the loss of several well-known people and mourned right along with their families.

In February we lost Judy Childers a lady well-known for her work with the band boosters, alongside her husband Ken at the farmers market, and many charitable organizations.

April saw the loss of Dean Rowe after a short illness. Dean was a realtor, entrepreneur, and recent co-author of a book about Metcalfe County.

The former Ford Dealership owner, Royse Smith passed away in July. Then in August, Dr. Gary Hogan a most beloved doctor in Edmonton for many years passed away.

Perhaps the most tragic of all occurred in October when a fire ravaged the home of Tom Emberton. He was able to save his wife, but then sadly lost his own life.

The Family Dollar/Dollar Tree opened its doors on February 17th bringing a much-needed discounted shopping option to the county. Also on Highway 68 is a new garage beside Bob’s Auto and the Flying Horse truck stop just outside Edmonton.

The month of March saw the beginning of an extensive remodel and addition to the Metcalfe County Public Library. The beautiful new library held its open house on December 16th.

The long-awaited Metcalfe County Museum opened its doors in August inside the first floor of the historic courthouse. A huge amount of work by the Historical Society went into gathering the information and items plus creating the displays in the museum.

The long-awaited Pennington Stave and Cooperage is still in the works as the building fit-up is close to completion and equipment is being moved in. The stave part is due to begin operation sometime in early 2023.

The Lady Hornets basketball team took the 16th District Tournament for the 2nd year in arrow.

The Hornets 10U little league team won runner-up in the district tournament securing them a place in the state championship competitions. 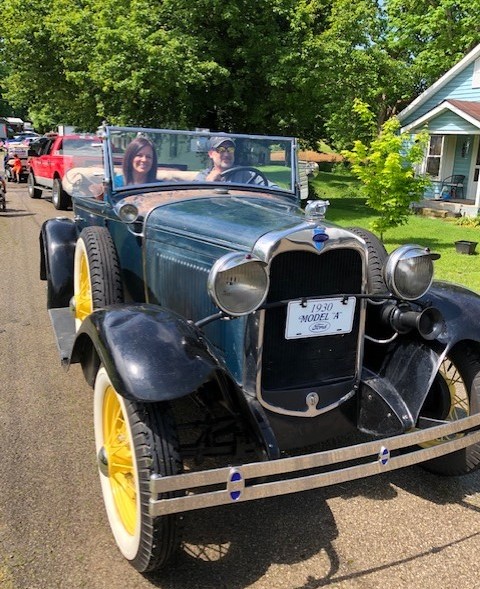 Celebrating 150 years of Summer Shade wouldn’t be complete without Mr. Rollin Harbison’s 1930 Model A being driven by his grandson Chris Harbison and accompanied by his wife Kelly Jo. Photo by PJ Martin

The MCHS Hornets football team had one of its most successful seasons in almost two decades and claimed the Class 2A, 3rd District Championship. Photo Facebook/Metcalfe County School