As a young child, Chris Jewell thought a Christmas tree was set-up and decorated in honor of him for his birthday, which was December 4. Photo submitted.

Connie Druen said that when her son, Chris Jewell, was just three-years-old, he believed that every Christmas tree was for him. After all, his birthday was in December and his name was part of the word Christmas.

Now, years later, Connie and her husband David, along with their family, continue to put up a tree for Chris, but now in his memory. Chris passed away on September 11, 2008 at the age of 30.

“After his death, Krislyn (Chris’s daughter), she was three when he died, and she wanted to send a balloon to Heaven with a note in it telling him how much she loved him. So, we started that,” Connie said. “…That year I (also) had a memory tree…We decorated it with his pictures…We took that memory tree out (of the house), and we planted it in the orchard. Well, it’s 14- or 20-foot tall now.” 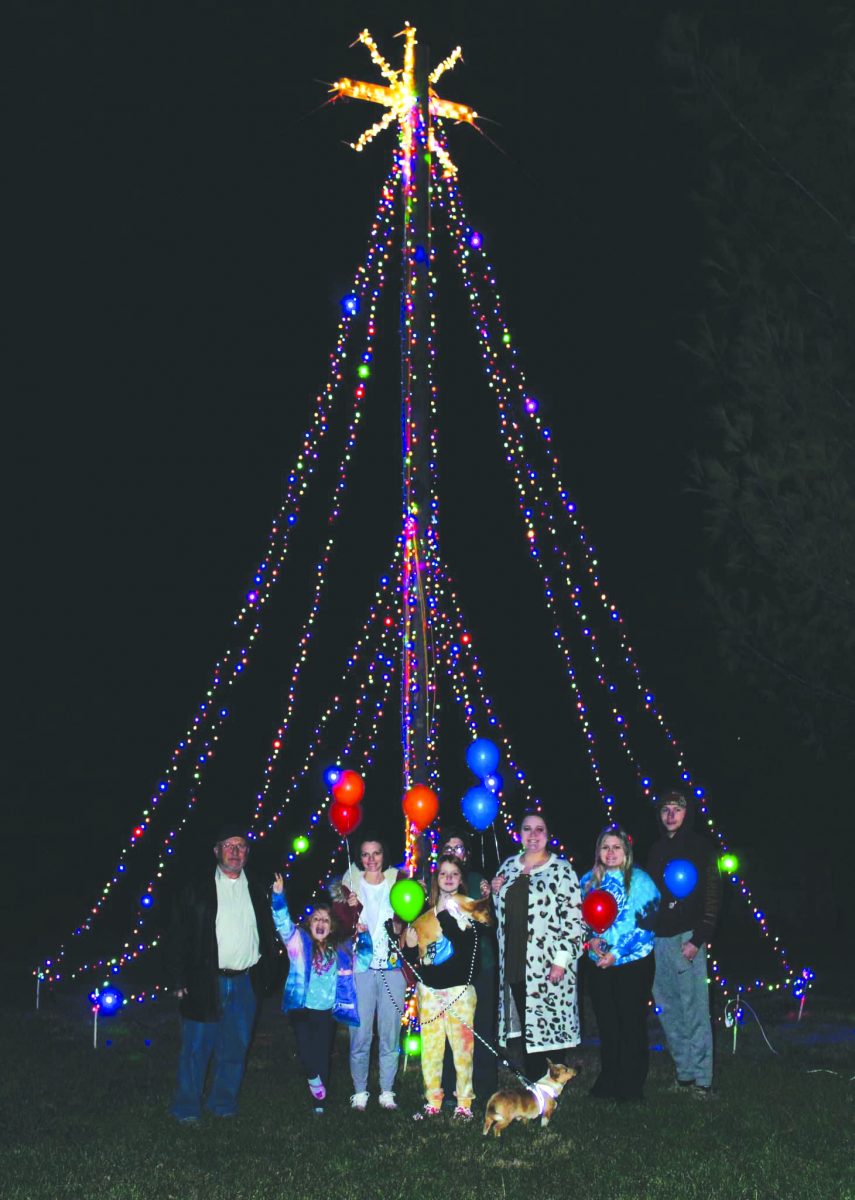 As a tradition, Connie Druen and her family light-up a huge tree in memory of her son, Chris Jewell, who passed away in 2008 at the age of 30. Photo submitted.

Since 2008, Connie has continued to put a tree up in their home for Chris, and each year it is still decorated with his photos and ornaments he would have liked. In addition to an indoor tree, Connie and David also wanted a much bigger and brighter way to honor the memory of Chris.

“David made a tree (outside), and every year we put that tree up, and on the 4th (of December) we light that tree for his birthday and tell him happy birthday,” Connie explained. “…It’s just become a tradition since his death.”

The outdoor tree, located at the Druen home on Philpot Lane in Canmer, has been a focal point of the small town during each holiday season for over a decade as it can be seen from the main highway shining bright on top of the hill.

“Everybody in Canmer who runs into me asks me about the big tree on the hill, and I tell them the story,” Connie said.

This year, Connie explained that David dug a hole and set up a telephone pole. Lights are cascading from the top of the pole and down to the ground to create the shape of a tree. David also made a special star to fit on top.

The tree was once again lit-up on December 4th in memory of Chris on what would have been his 45th birthday. Connie, David, their daughter Heather Shields and her family, and Chris’s daughters, Krislyn and Jaylyn, gathered together, shared memories, released balloons, and lit the tree.

When Chris passed away, his daughters Krislyn and Jaylyn were just three- and seven-years-old. They are now 18 and 21.

Connie said it’s bittersweet to see her two granddaughters continuing to honor the memory of Chris.

“It’s just something that kind of help keeps him (Chris) a part (of this),” Connie said. “His stocking is still hung. I have asked people to put a memory in the stocking every year, and I hope to one day to get it all together and make the kids a book because Krislyn doesn’t even remember her daddy, and she gets really frustrated and aggravated that she can’t remember his voice (from) when she was younger.”

“I love to see them (Krislyn and Jaylyn) enjoy what we’re doing and what it stands for,” Connie continued. “Of course, we usually all stand around the tree and hold hands or let the balloons go. We all usually end up crying, but it’s just bittersweet…It gives me joy the same as pain, but it overrides because of the kids’ enjoyment for it.”

As they continue to light their CHRIS-mas tree each year in memory of Chris, Connie and her family hope the tree can bring a little bit of joy and hope to others as they pass by and see it shining bright on the hill.

“It’s special to us,” Connie said. “It may not mean nothing to nobody else. It’s simple, but it’s just a way we keep him and the memory alive in our family.” 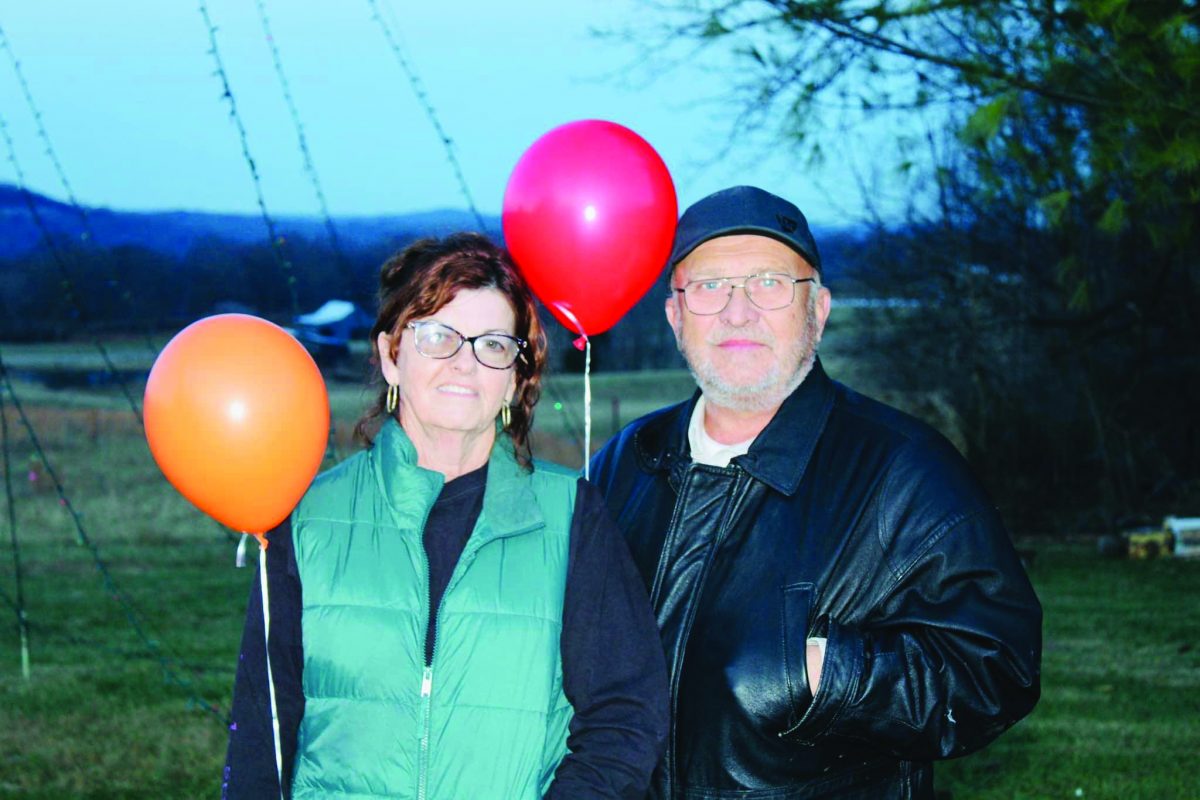 Connie and David Druen work tirelessly each holiday season to continue to honor the memory of Chris. Photo submitted. 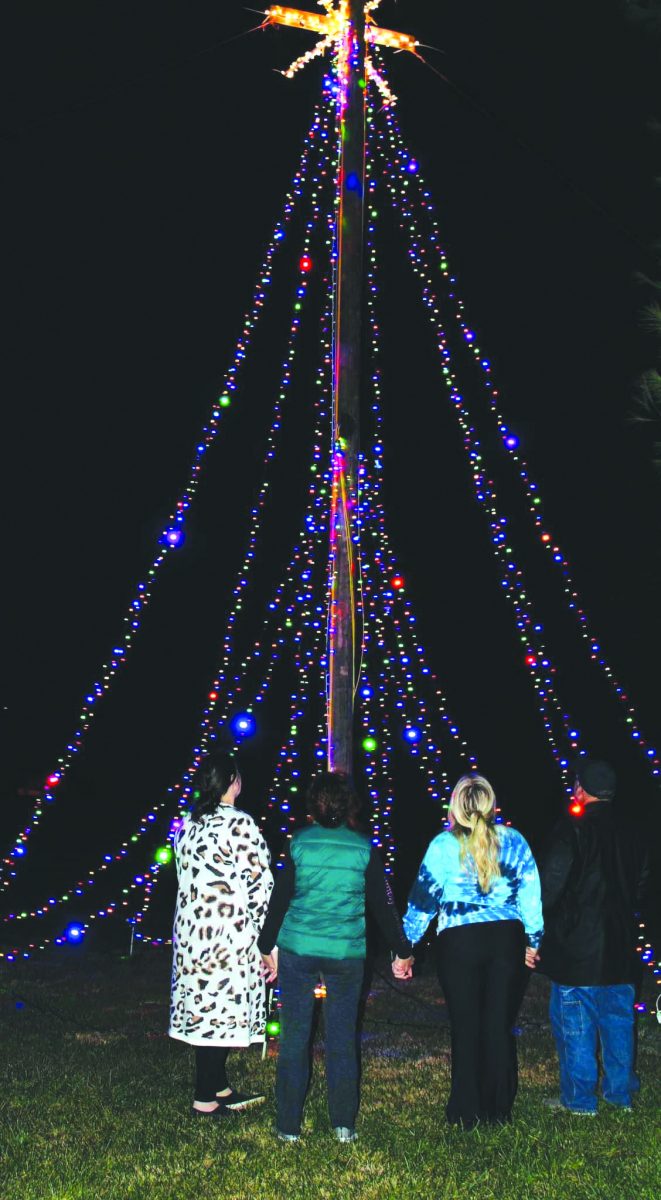 Connie and David Druen, along with Chris Jewell’s daughters Krislyn and Jaylyn, look up at the Christmas tree created in Chris’s honor. Photo submitted. 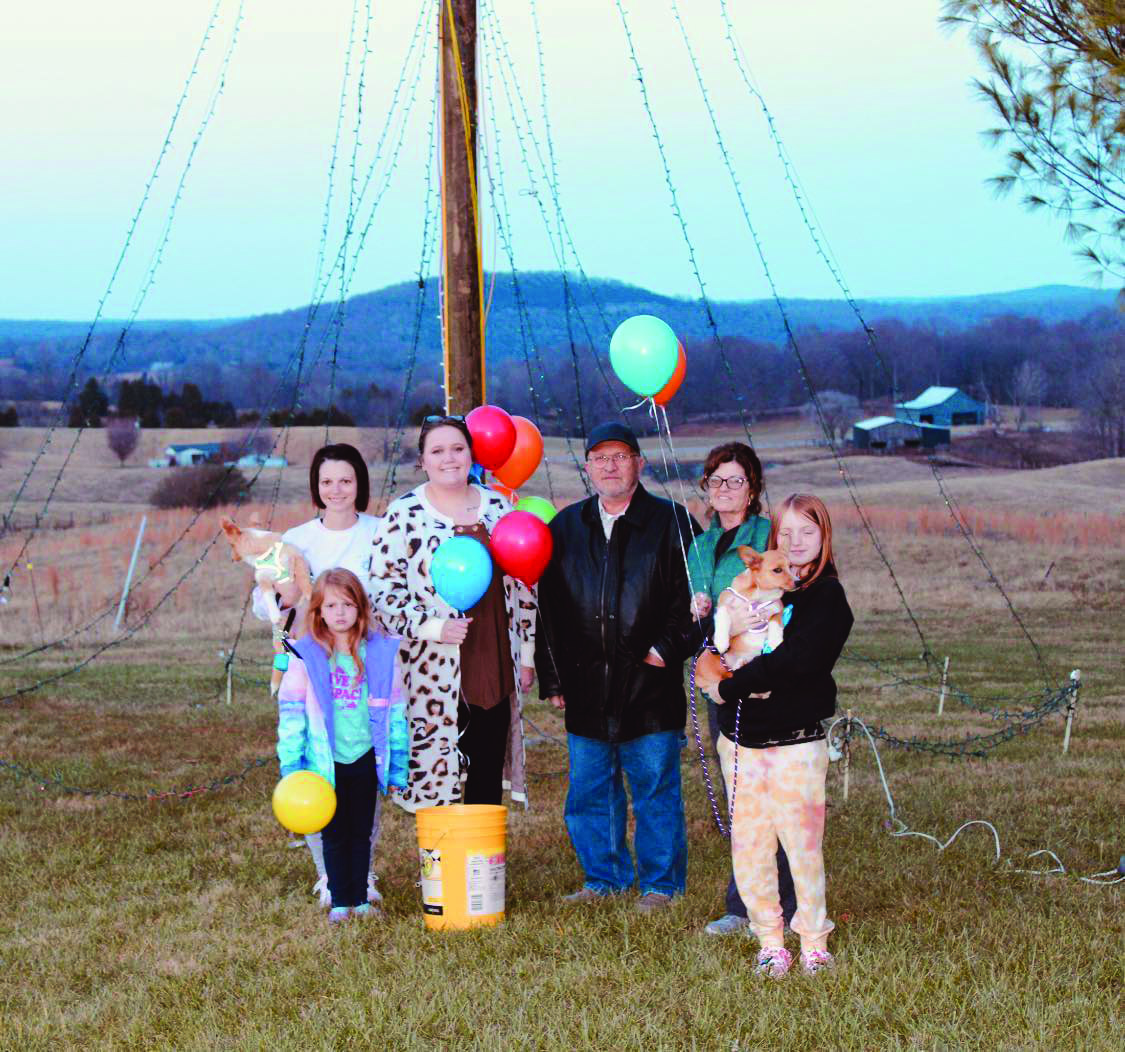 On December 4 of each year, Connie and David Druen and their family, honor the memory of Chris with a balloon release and the lighting of a huge outdoor Christmas tree. Photo submitted. 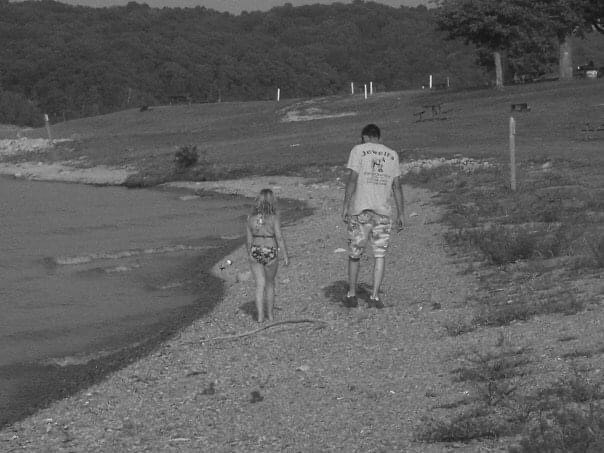 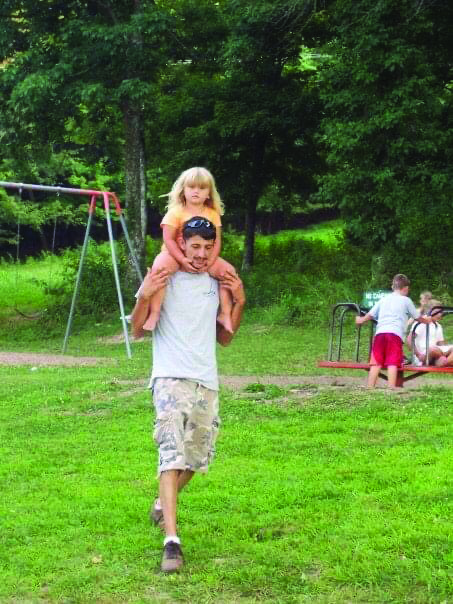