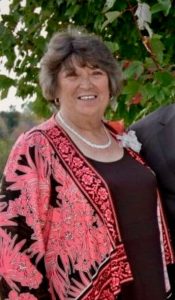 EDMONTON – Peggy Ann Nunn, 73, passed away peacefully Saturday, December 3, 2022, at her home. She was the daughter of the late Robert and Glendora Stevens. Besides her parents, she was preceded in death by a sister, Barbara Sue Harmon. She was a homemaker and family therapist.

A memorial service will be held for Peggy on Wednesday, December 7, 2022, at 1:00 PM at Butler Funeral Home in Edmonton. Visitation will be after 11:00 AM Wednesday until service time at the funeral home.

Butler Funeral Home is both honored and privileged to be entrusted to the care of Ms. Nunn. Please share your messages of condolence with the family at www.butlermemorials.com.