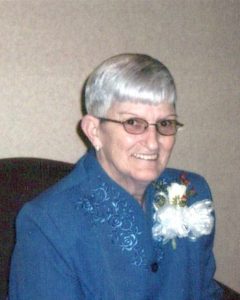 She is survived by her children, Donna Kay Sturgeon and her husband Mitch, of Horse Cave, and Michael Booher and his wife Mary of Bowling Green; five grandchildren, Joey Poynter and Emily, Krista Poynter and Jason, Cole Poynter and Tiffany, Jared Booher and Mary, and Nicholas Booher; along with great-grandchildren, Teagan Poynter, Ezra David Booher, and one on the way also survive.

In addition to her parents, she was preceded in death by four brothers, Leslie, Turner, Joe, and Tommy Richard Pedigo; and one sister, Katherine Craine.

Funeral Services will be conducted at 1:00 p.m. on Wednesday, November 9, 2022, from Bob Hunt Funeral Chapel in Cave City. Burial will follow in Horse Cave Municipal Cemetery. Bro. Junior Estes will officiate the service.

The family will receive friends at the funeral home after 9:00 a.m. on Wednesday morning until time for services at 1:00 p.m.

In lieu of flowers, donations may be made to The Shanti Niketan Hospice Home in honor of Mrs. McGinnis.

Bob Hunt Funeral Chapel is honored to be entrusted with the care of Ms. McGinnis and her family at this time.