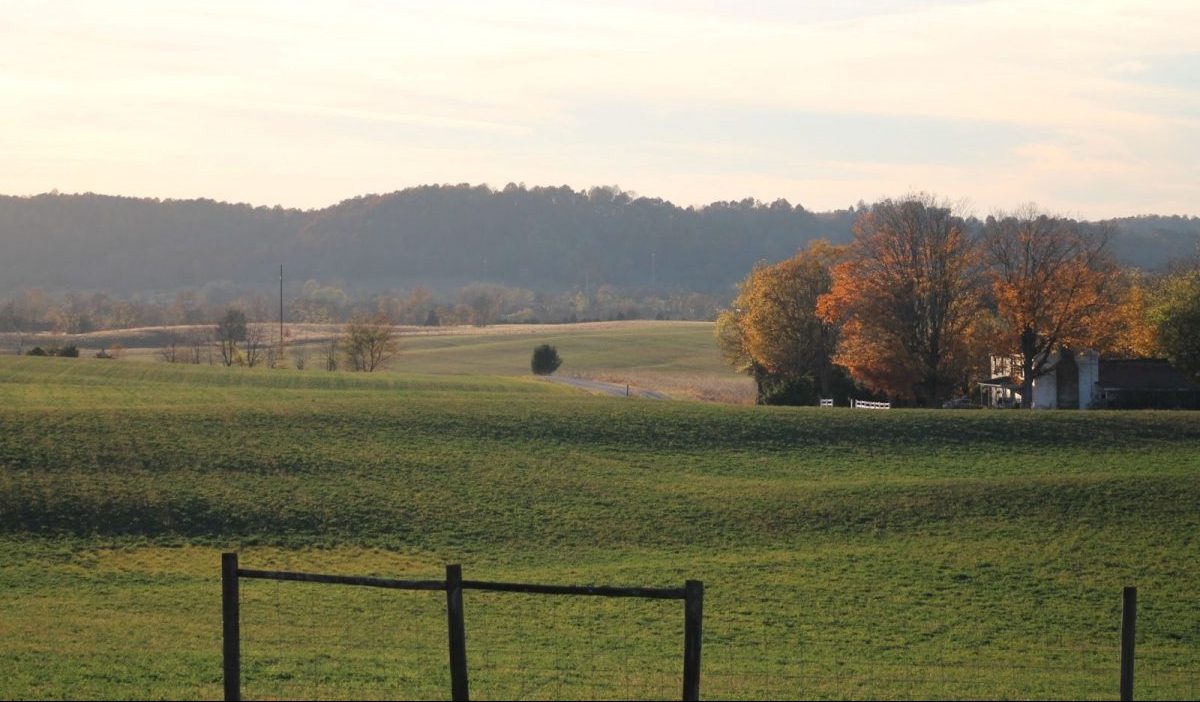 Solar energy is coming to Hart County, and it might look a little different than what most people expect.

A Solar Farm, containing solar panel grids, will be placed on over 500 acres along L & N Turnpike Road (KY 335) from I-65 to Rowletts.

A solar farm is a large collection of photovoltaic solar panels that absorb energy from the sun, convert it into electricity, and send that electricity to the power grid for distribution and consumption by customers.

Solar panels are considered a reliable, clean energy source, while still allowing the land to be used to farm certain crops and livestock.

“The main thing is that it’s going to put a lot of money in the tax base of Hart County, and (Thoroughbred Solar has) already contributed a lot of money,” said landowner Harry Isaacs, mentioning contributions to the Hart County Fair, tornado relief efforts, Hart County Historical Society, and Hart County Cattlemen’s Association. “I’ve been in favor of solar and wind for years, and not to replace our fossil fuels, because it’s not going to. It cannot replace all of our fossil fuels. It’s in addition to (them).”

“They’re all about helping the environment,” added Isaacs. “It can do a lot of good for Hart County. It’s just like the CRP program (which) brought a lot of tax base into the county…What I’m hoping is that this will improve the tax base and that it will lessen the tax burden for the average citizen.”

The company installing the panels is Thoroughbred Solar, which is a division of Leeward Renewable Energy. Online records report that in 2019 Leeward Energy was sold to the Ontario Municipal Employees Retirement System, one of Canada’s largest pension funds.

On a Facebook page created May 9 of this year, Thoroughbred Solar claims to be poised to harness the sun in Hart County.

“They are extremely reputable,” explained Mary Burba Isaacs. “The company in this project doesn’t do residential or individual…It’s a big supplement to energy. I don’t think we could ever totally depend on solar or wind or some of these other things, but if we had a complement to what we have, then we don’t have to use so many fossil fuels.  We’ve looked at some solar farms, and they’re immaculate, and that’s what (they) plan with us here. It’s not to be an eyesore. It’s going to be maintained and landscaped, and parts of it may be agricultural with some sheep. It’s a comprehensive project.”

Opponents of the panels have concerns over the changes in landscape, views, animal habitats, rainwater runoff, and decreased property values surrounding the area in question.

The Bergers are among those with concerns. They live along L & N Turnpike Road, and their house is directly across from the land to be used for solar farming. Their concern is for their country view from their front porch, which they have been told will be replaced with solar panels, a command center toward the left, and an industrial drive toward the right.

According to the Bergers, even an electrical substation to feed into the grid, the lighting required around the perimeter of the solar panel field, and the proposed security fencing will be placed in front of their home.

“This house was built in 1810,” said Beverly Berger, referring to her historic home. “This was an old stagecoach stop and tavern, so it goes back a long time.”

The Bergers are also concerned with what they consider the geological disaster that the solar panels will bring to the karst system with the caves and sinkholes and water runoff.

In a letter to the Kentucky State Board on Electric Generation and Transmission Siting, another resident raised concerns about the solar panels being only one-half mile from Green River. Specifically named in the letter is the Rayed Bean freshwater mussel (Villosa Fabalis), which is recognized by the United States Department of Fish & Wildlife as an endangered species.

KRS 278.706(2)(e) temporarily stands in the way of the exact placements of the panels.  The statute regulates that facilities used for generations, such as the solar panel project in question, be 2,000 feet from any residential neighborhood, school, hospital, or nursing home facility.

Located within the 2,000 feet of some of the locations of the proposed solar panel arrays are three groupings of residences for a total of 22 acres and 38 residential structures (homes) along Maple Grove Lane, G Wilson Road, and a portion of the unincorporated community of Rowletts. According to the filing, solar panels would be placed as close as 311 feet from some homes in question.

Case Number 2022-00115, filed with the Kentucky State Board on Electric Generation and Transmission Sitting by Thoroughbred Solar, LLC, seeks deviation from that requirement.

The Community and Environmental Defense Services report that the best solar farms are established on sites where solar panels are either not visible from homes year-round or are at least 600 feet from homes, that battery storage systems, substations inverters, and other equipment are situated on those portions of the solar farm site furthest from homes, and that solar panel farms are not created on sites where extensive forest clearing is needed, nor where acreage of prime-production soils are taken out of agricultural production.

While some imagine the incoming solar panels to be an aesthetic eyesore or a blot on the landscape, others see an opportunity to harness renewable energy, especially with climate change and carbon output so often discussed in world news. Some see potential harm to native plants and wildlife, while others see the potential to supplement the use of fossil fuels with clean energy.

In explaining the benefits of solar energy, Isaacs referenced the area along I-65 near Indianapolis, Indiana, where Meadow Lake Wind Farm has placed 414 wind turbines. According to a 2017 report, the turbines yielded 4.82% of the total in-state electricity production.

“It is so professionally done, and they’re sitting there not costing anybody anything,” said Isaacs. “I think this is what the Lord wants us to do. Instead of robbing our earth, let’s use what He is giving us.” 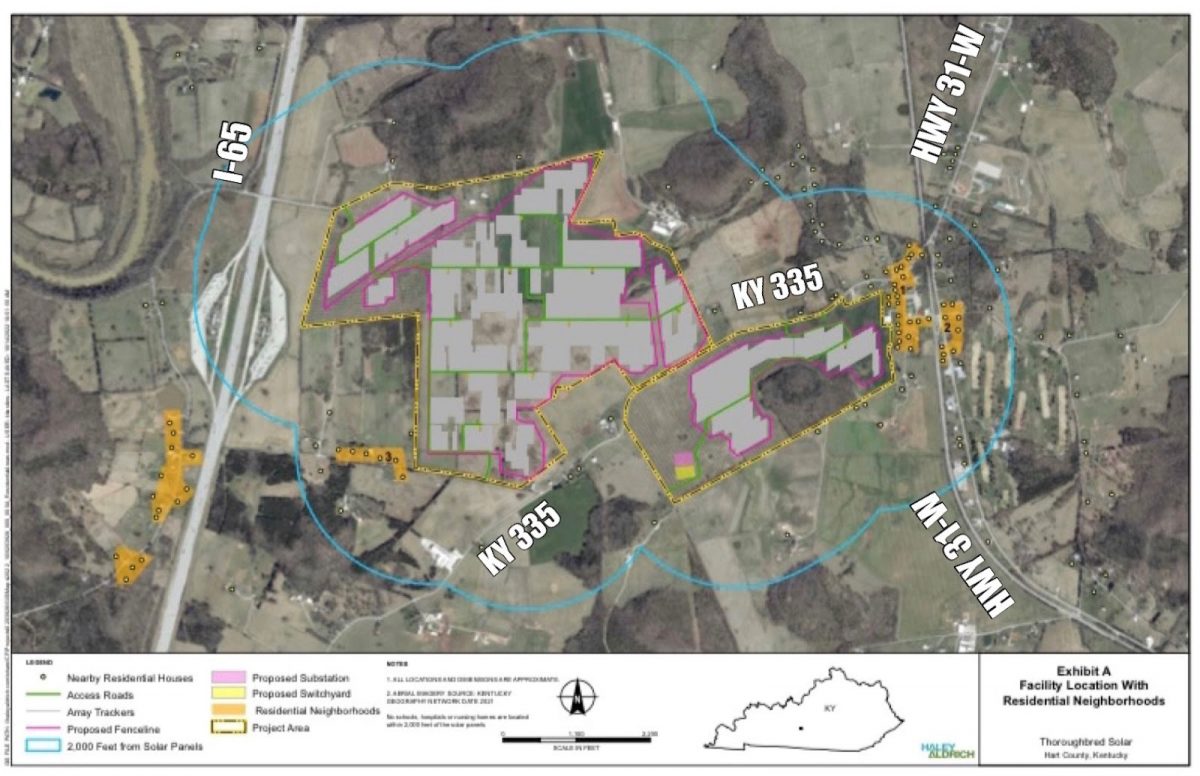