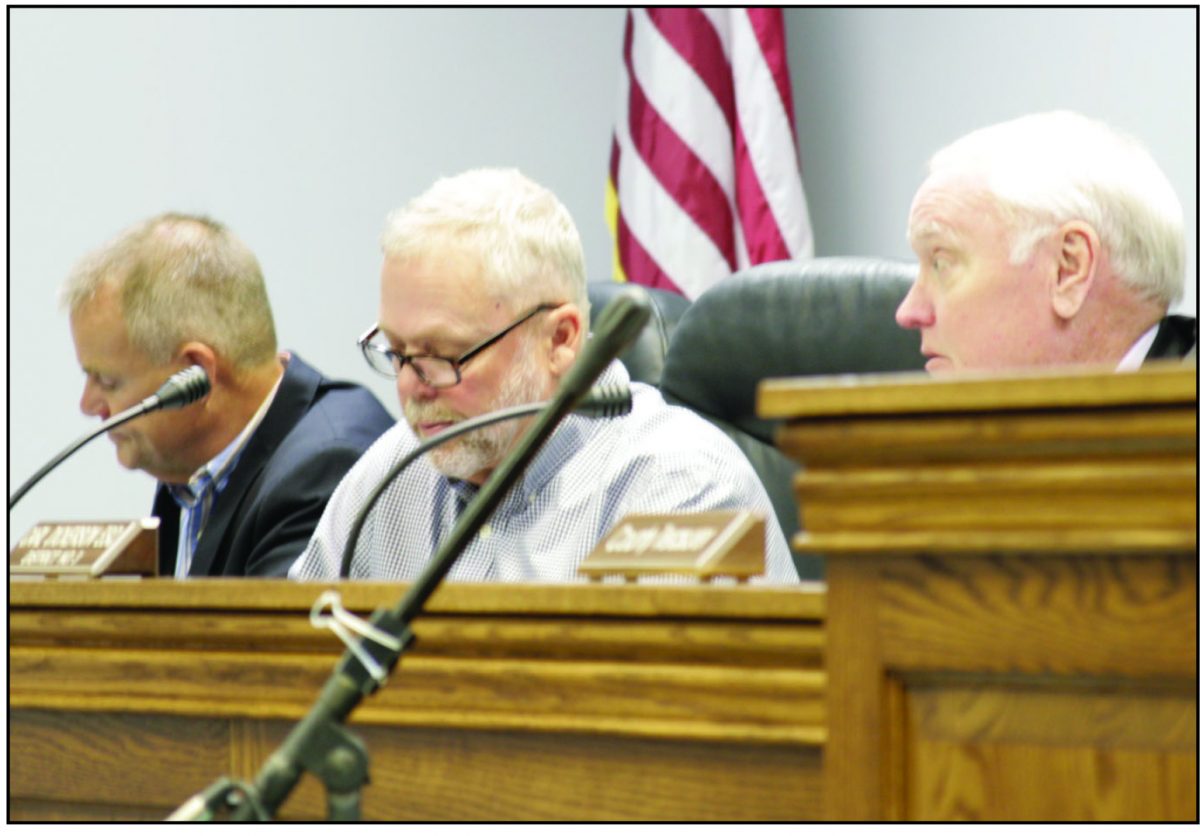 Hundreds of overlooked healthcare workers will receive “premium pay” from Barren County’s allotment of funds associated with the American Rescue Plan Act (ARPA). Amounts and eligibility are being finalized and sure to be a costly adjustment for the county.

In December of 2021, the court approved $1M in premium pay for healthcare workers from the total amount of the $8.5M received from ARPA. It was planned and sent to the state in the form of a pie chart and narrative explanation.

However, neither assumptions that were discussed in open meetings nor the actual language approved by the magistrates made their way to the contract that was used to distribute the program.

Judge-Executive Micheal Hale signed the contract, which included issues that were never discussed while also omitting others, but the Barren County Progress (BCP) has yet to find out who wrote the contract.

The overall assumptions centered around a modest amount of $500 to be paid to each healthcare worker in the county. Estimates of 2,000 total county healthcare employees were provided to the magistrates, and this is how they calculated the total amount of $1M.

The problem, however, has occurred because the magistrates voted for one thing and the contract that was signed by Hale is different. T.J. Samson made it clear they did not prepare any document but instead made sure it was complied with as signed.

In the April 19, 2022 Fiscal Court meeting, the following was unanimously approved.

“T.J. Samson Community Hospital along with guidance from LaDonna Rogers has agreed to administer this, which means that they’re willing to take care of all the finances, and we write them a check and then they distribute the check. Graves Gilbert Clinic, all the nursing homes in Barren County, the healthcare workers that work there, and T.J. will be eligible. There’s about 2,000 of them.”

“Now, the agreements are all out there. We gotta get the agreements signed when we pass off the checks. We’re ready. The long and the short of it is, we’re ready to write T.J. Samson a check for one million dollars to be distributed amongst the 2,000-plus workers in Barren County, and I make a motion that we move forward with that today.”

However, Hale signed a contract without ever having the Barren County Fiscal Court approve the wording and, although Riddle said the agreements are out there, he later said, “The contract was never submitted to the ARPA committee or the Fiscal Court, and he committed to never vote without seeing the actual document ever again.”

The agreement references T.J. Samson Community Hospital as the administrators of the funding, and this was as magistrates wished.

What caught magistrates attention initially was the name Amedisys Home Health as an approved employers. It was never discussed in open meeting and not approved by vote. Hale, nor the county ARPA coordinator, could identify how the name was added. However, in a response to a request from T.J. Samson, the BCP found the contact person to be a close relative of Hale’s.

The difference also allows the amount to not be specific but instead split between those eligible, and an additional facility made it’s way to the companies referenced.

When the eligible number dropped from 2,000 to 1,076, the language allowed the full amount to be split between those eligible, which include everyone working inside the identified facilities, such as janitorial staff, nurses, office help, supervisors, doctors, and more. This raised the payout from discussed amounts of $500 to $928.36.

All employees, including office staff, janitor, nurses, cooks, doctors, and executive management were paid. (It is important to know this is consistent with how the program guidelines suggests because giving the same amount to lower income as higher incomes weighs the value for those most affected by higher costs and the most in need. This wasn’t how Hale initially attempted to give “Premium Pay” to county employees. His initial plan awarded the higher paid individuals with higher bonus and some even far above the set limits. The BCP challenged this plan with magistrates, and it was changed.)

In realizing the 1,076 amount combined with how it was contracted did indeed leave out others in the county doing the same amount of work, the magistrates chose to hold off distributing additional funds until they had a total number and costs associated with the healthcare payouts.

They voted to run an advertisement in the BCP alerting everyone, and it was done.

According to ARPA administrative contractor Krista Steenbergen, “There have been 955 individuals submit their names for the requested payout.”

These people feel they are eligible. If they are, the county will have a liability because of the mess up now of up to $866,583.80. Fortunately, according to Steenbergen, only about half of them will be eligible, thus dropping the additional payout down to the neighborhood of $443,291.40.

Either way, it is a significant cost to taxpayers simply because our county leadership rushes things through without full disclosure and cooperation.