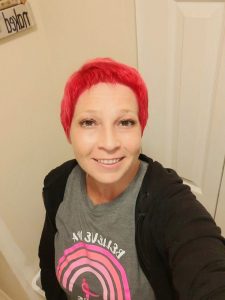 As a self-proclaimed military brat, Natasha Martin knows the strength it takes to not only grow up in a military family but also to endure the countless moves and ins and outs of military life.

But over the past year, Natasha found herself needing more strength than ever to endure the battle of a lifetime.

Due to a family history of breast cancer, Natasha has undergone mammograms yearly since she was 25 years old. However, in 2020 in the midst of the pandemic, Natasha’s mammogram appointment had been canceled three times. Because of that, Natasha decided to wait an entire year and schedule a mammogram in 2021.

On November 24 of 2021, Natasha had a mammogram performed. About six months prior, however, Natasha wasn’t feeling like her normal self. She was tired all the time, and both her periods and appetite had changed. But on that November day, Natasha’s entire life drastically changed.

“I had the mammogram, with them immediately sending me next door to an ultrasound,” she recalled. “At first, I didn’t really feel worried cause this would be the third time that has happened. Usually, the ultrasound was good. I just had lumpy boobs. This time, though, it was different. They were different. They brought in a hospitality nurse to be with me during the ultrasound. They never did that before.”

After the ultrasound was complete, it was suggested that Natasha have a biopsy done.

“On December 1, 2021, me and my husband went for the biopsy,” Natasha said. “I kept telling myself, ‘Its nothing. I have always just had lumpy tissue.’”

On December 3, 2021, at 1:24 p.m., Natasha received the call that she had invasive ductal carcinoma. She was diagnosed with breast cancer.

“I almost felt like the world stopped for a second just so I could comprehend what I was just told,” Natasha said. “I can’t lie. I immediately started crying, called my husband, and had him meet me. We work in the same building. We both just cried I think for about five minutes, but then he looked at me and said, ‘We got this. You’ll be just fine!’”

Natasha chose to undergo a lumpectomy in which a surgeon removes the cancer and a small amount of the healthy tissue that surrounds it. She was also supposed to have four treatments of Taxol, an anti-cancer chemotherapy drug, and 24 rounds of radiation. However, Natasha completed three rounds of Taxol and 28 rounds of radiation.

“The first two treatments I had, I felt pretty good,” Natasha said. “I was tired and slept a lot, but not too bad. I was able to work and do pretty much everything just fine until my third treatment. But after that, chemo did not like me much. After three rounds, my doctor felt I couldn’t take anymore. Chemo really messed with me. I got severe neuropathy, and I became neutropenic and very sick and ended (up) in the hospital for a few days. After that, I have had a tough time getting my body back to normal.”

For the next 10 to 15 years, Natasha will continue to take medication called Tamoxifen to block hormones. She also underwent a total hysterectomy. As she did not receive clear margins during her lumpectomy, Natasha will go for her next scan on December 15 to ensure the cancer was eliminated with chemo and the extra rounds of radiation.

Natasha credits the support of others with helping her battle against the disease.

“My husband (kept me going by) not letting me quit and making me get up and do something,” Natasha said. “The love and support from everyone close to me and my job. Everyone has been so supportive, and if I needed anything, I got it…My job, if they wouldn’t have let me work from home this whole time because of my low white count and my doctor feeling I shouldn’t be around a lot of people, I just might have gone nuts.”

For others who are battling breast cancer, Natasha has words of advice: “Trust your instincts, you know your body more than anyone…Stay strong and don’t give up, ‘cause we (are) stronger than this disease.” 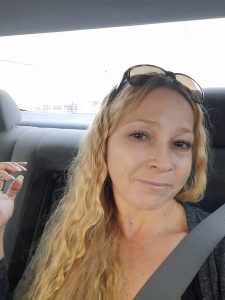 Natasha Martin, along with one of her cousins, both battled breast cancer only five months apart. Photo submitted. 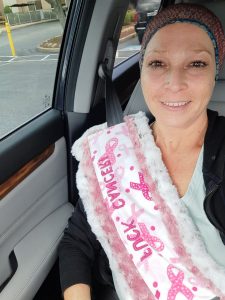 With the love and support of her family and friends, Natasha Martin fought back against breast cancer. Photo submitted.