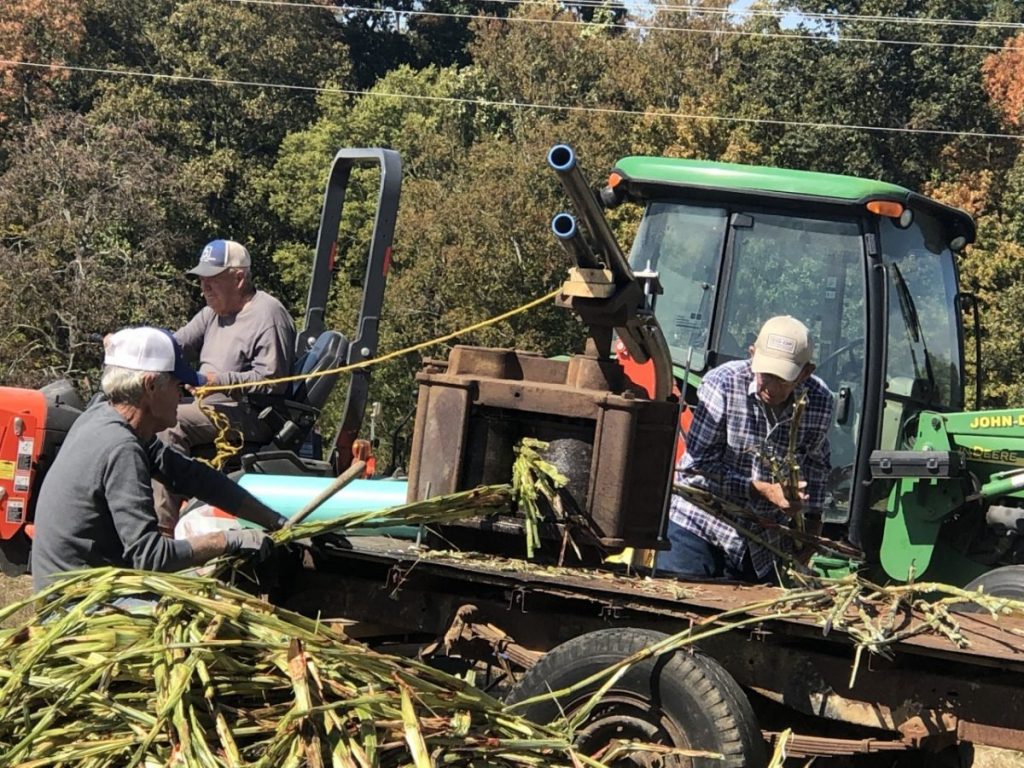 Tim Coomer brought his mill from Hiseville to press the juice from the sugar cane.

Molasses making is a slow process, even with a community effort! Jeff Botts decided in the springtime to plant a small patch of sorghum cane on his farm out on New Salem Road, not far from Glasgow. He could visualize the end result though. Homemade biscuits with melted butter and molasses dripping down the sides!

The cane looks like it is stunted when first growing, because it takes a long time to take off and grow into a full stand. Harvesting the cane is also slow going. For the best taste, each leaf needs to be stripped off by hand.

A friend from Hiseville, Tim Coomer, brought his mill over and set up camp. Bobby Turner fed the cane stalks into the mill where they were crushed in order to squeeze the juice out. Botts Walker’s job was to toss the stalks aside and strain the juice into five-gallon buckets.

The only thing missing was a mule. In the old days, a mule would have been used, but Carlton Botts rigged up a string to his old tractor and slowly drove in circles to run the mill. Round and round and round for hours! They produced 17 gallons of juice!

The next step was to cook the juice. A large sheet-iron pan about eight inches deep by four by six feet was used. As the greenish juice bubbles and boils, the impurities float to the top and have to be skimmed off so that the molasses wouldn’t have a bitter taste.

Four and a half hours of cooking and finger test tasting, and it was ready! They had made two and a half gallons of molasses in two days, filling 20-pint jars. They couldn’t help but hold a jar up to the sunlight and see the finished product…clear and pure and delicious! Now for the homemade biscuits! 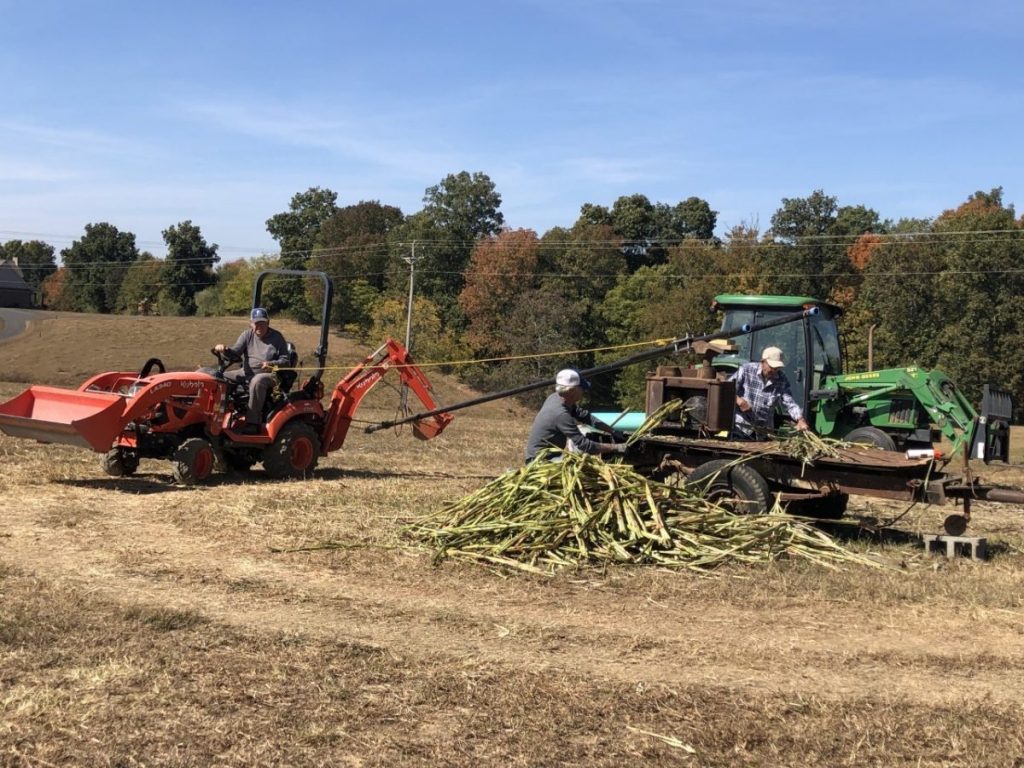 Carlton Botts rigged up a string and slowly drove in circles to run the mill. 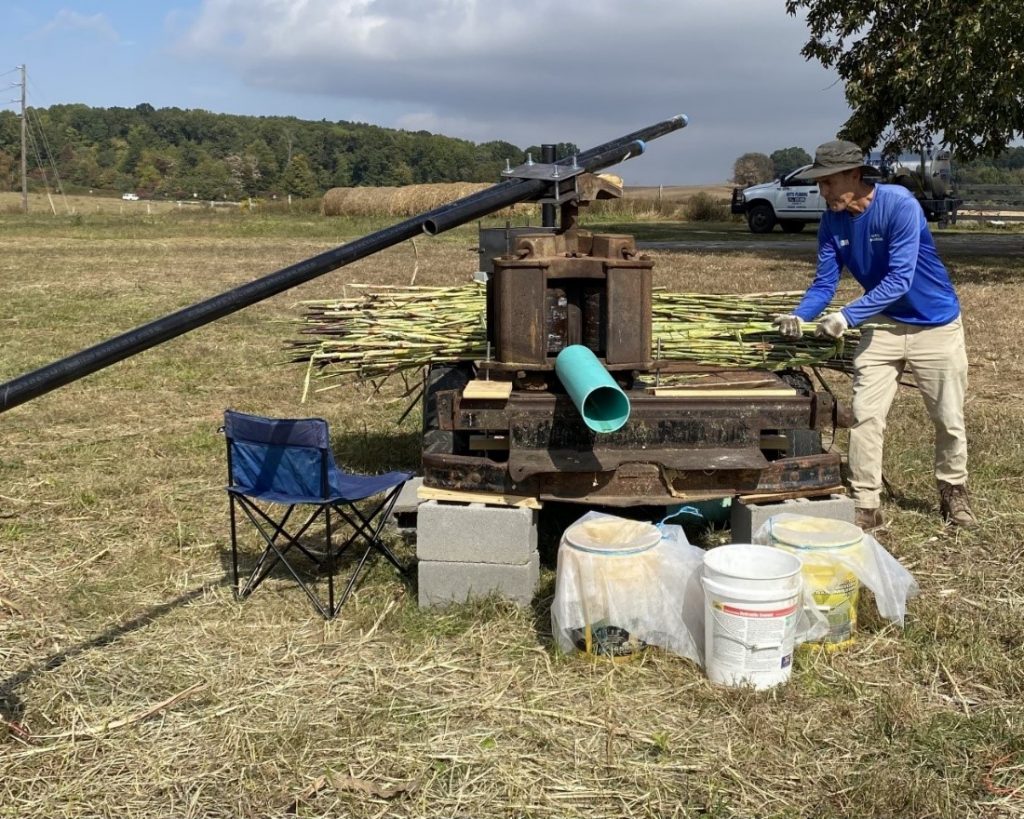 Feeding the cane into the mill. 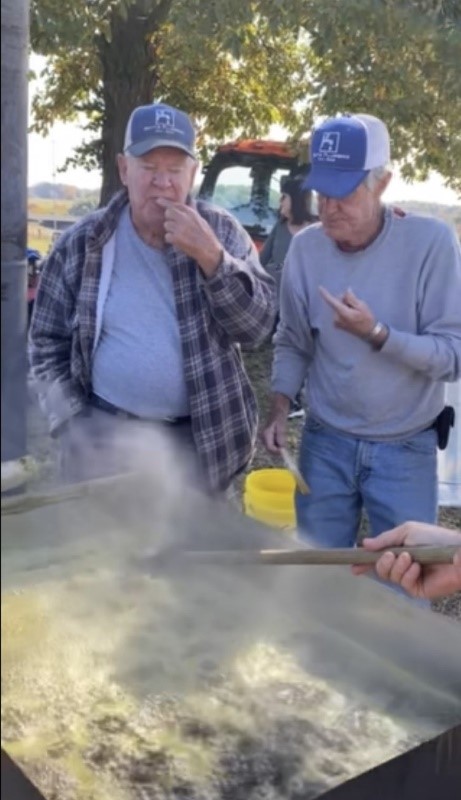 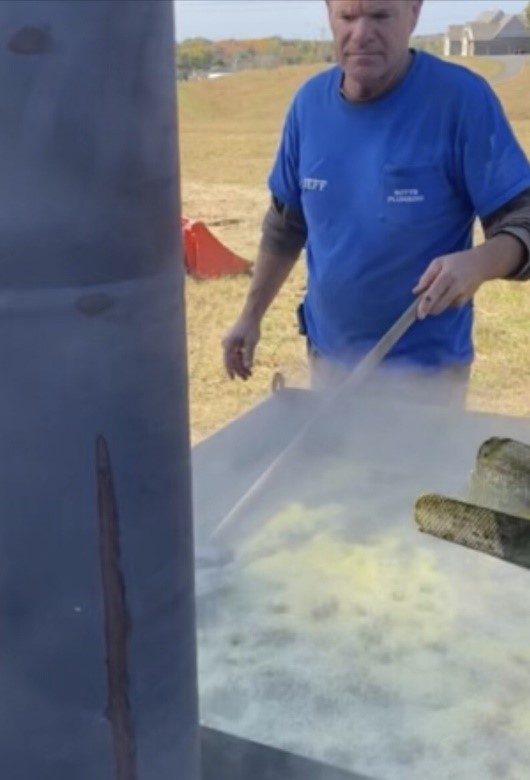 Skimming off the impurities from the juice as it cooks.