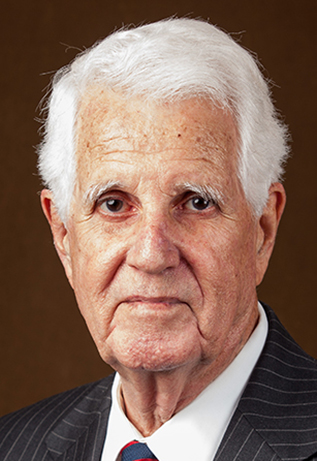 In the early hours of Thursday morning, an Edmonton deputy was on his usual patrol when he caught sight of a smoke cloud and fire from Industrial Drive. He reported it at 4:57 a.m. and at 5:13 a.m. the Edmonton-Metcalfe Volunteer Fire Department was on site, but according to firefighters, the house was already on the ground.

Upon arrival, firefighters found Julia Emberton outside the home and she was taken to T.J. Samson Community Hospital for treatment, however, the search for her 90-year-old husband, Thomas Emberton in the burning rubble would sadly take most of the day.

The Fire Marshall was at the scene, but as of press time, it is unknown how the tragic fire began. It is worth noting that part of the historic Emberton home was built around 1870.

The house fire left Metcalfe Countians to mourn the loss of one of its greatest citizens. Thomas Dale Emberton, Sr. was born in 1932 in Monroe County, but practiced law in Edmonton and lived in Metcalfe County most of his life. He and his wife had been married for 65 years and made their home in Edmonton and raised their daughter and son there.

Mr. Emberton served as a member of the Public Service Commission in the Nunn Administration prior to his run for Governor of Kentucky in 1971, but sadly he lost to the then Lieutenant Governor Wendell Ford.

In 1980, Emberton ran in Kentucky’s 5th congressional district, but the winner of the primary was Hal Rogers. Later in 1987, Emberton was appointed to the Kentucky Court of Appeals by Governor Wallace Wilkinson and remained in the position until he retired in 2004.

Statements are pouring in from friends, neighbors, and government officials mourning his tragic loss.

“Today Kentucky lost a great father, husband, friend, and statesman in a tragic accidental house fire. Tom heroically made certain his wife Julia made it to safety, but lost his life during his effort to save their home. Tom Emberton was a treasured son of Metcalfe County Kentucky, having served as a lawyer and chief judge of the Kentucky. Court of Appeals. He was the Republican candidate for Governor in 1971.”

“He was a friend to many and always a champion of South Central KY. His wisdom, kindness, and always sage advice was an encouragement to all. As a relative of Henry Clay, his ability to mediate and compromise came naturally, an attribute that would serve our country well at this time. Our thoughts and prayers are with his wife Julia, his daughter Laura Emberton Owens and son Tom Emberton Jr. and the entire Emberton family.”

Tom Emberton Jr. and his sister Laura Owens would like to thank the community and especially the first responders for their professionalism, quick response, and kindness during this challenging time for their family. 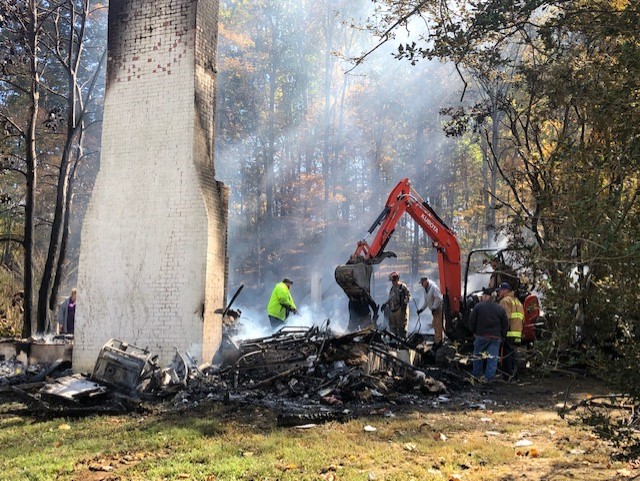 All that remains of the once beautiful home. Photo by PJ Martin 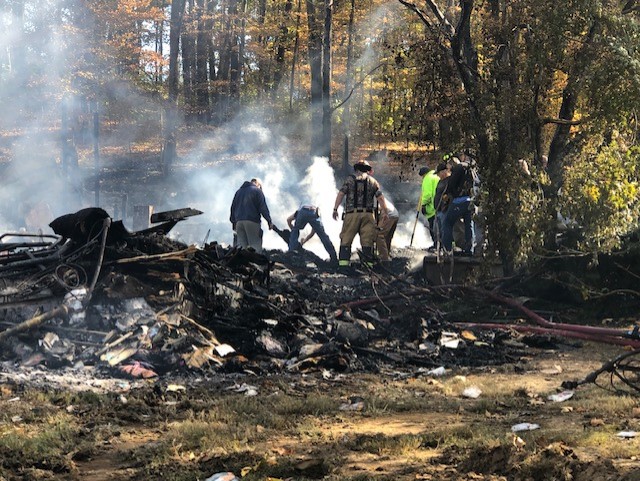 Firefighters searching through the smoldering rubble. Photo by PJ Martin