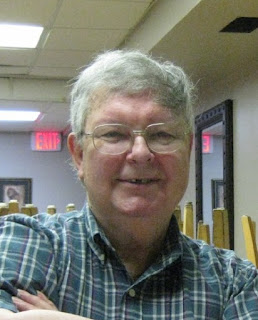 Franklin, IN – Danny H. Branstetter, born on June 25, 1940, to the late John Cecil “Pete” Branstetter and Mary Edith (Hood) Branstetter. Danny entered into eternal rest on October 19, 2022, in Franklin Indiana where he was cared for by his “closest friend and cousin” Terresa Branham.

Danny’s early years were spent in Summer Shade, Kentucky. He graduated from Edmonton High School and then served his country in the United States Army. Danny furthered his career by graduating from the University of Kentucky with a degree in law. The majority of his career was as a private business law attorney overseeing the business affairs for Ralph and Lorraine Woods in Grayson, Kentucky. Danny never married and has no children, but for those few that he let into his inner circle, they found in him a friend that would stick closer than a brother. While he had a very dry sense of humor it was one that would keep you chuckling if you spent any length of time around him at all. His interest in his leisure time centered around reading business journals, following the stock markets, and running a cattle farm in Summer Shade.

Following his wishes, there will be no service. However, a memorial for Danny will be held at a later date.

The family and friends wish to give thanks to McMurtrey Funeral Home and Meredith Clark Funeral Home for their care and services.