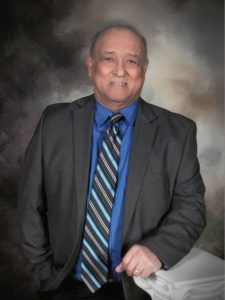 BROWNSVILLE – Richard D. Jones, age 75, departed this life on Wednesday, October 19, 2022, at The Medical Center in Bowling Green.  The Allen County native was born on April 7, 1947, to the late Lured Denton Jones and Mary Virginia  Richey Jones.   He was married to his wife of 52 years, Delores Jones, who survives.

Richard served our nation in the U.S. Army and fought in the Vietnam War.  When he was discharged, he started working at Firestone, where he met his wife. He later worked as a supervisor for Commercial Carriers, transporting corvettes for General Motors. Afterward, he became a clerk for the United States Postal Service and served there for 16 years.

He was a member of the Washington Meredith Masonic Lodge #355 F&AM, Wand B. Doyle DAV, Nesbit Alexander Memorial Post #6937 VFW, Order of Eastern Star #577, and a member of Woodmen Life 296.  He was also a member and a deacon of Hill Grove Missionary Baptist Church.

Besides his wife, Delores, he leaves to honor his memory— a son, Richie D. Jones (Becky) of Pig; a grandson, which was his pride and joy, Gauge Denton Jones; and two brothers, Paul Atwood, Jr. (Debbie) of Scottsville and Buddy D. Jones (Paula) of Midlothian, TX. He was preceded in death by his step-father, Paul Atwood, Sr.; and his step-mother, Shirley Jones.

Interment will be in Hill Grove Church Cemetery.