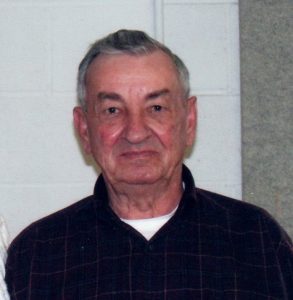 SULPHUR WELL – Elzie Edwin Jessie, Jr., 87, of Metcalfe County passed away Tuesday, October 18, 2022, at his home. He was born January 17, 1935, to the late Elzie Edwin, Sr. and Violet Marie Morgan Jessie in Barren County. Besides his parents, he was preceded in death by a son, Quinn Jessie, and five sisters, Marie Jolly, Liz Cochran, Dusty Stevens, Ruth Thompson, and Margie Cummins.

Junior as he was known was a member of the Sulphur Well United Methodist Church. He served his county in the United States Army, was a lifelong farmer, and fixed cars and sold them. He also moved houses. He along with his wife, owned and operated Autumn Ridge Mobile Home Park in Edmonton. Junior was a hard worker and never stopped until his health recently prevented it.

Funeral services for Junior Jessie will be held at 2:30 PM, Friday, October 21, 2022, at Butler Funeral Home in Edmonton. Interment to follow in the Smith Cemetery at Sulphur Well. Visitation will be from 4:00 PM until 8:00 PM Thursday and after 9:00 AM Friday until service time.

In lieu of flowers, the family request that memorial donations be made to the Smith Cemetery at Sulphur Well.

Butler Funeral Home is both honored and privileged to be entrusted to the care of Mr. Jessie. Please share your messages of condolence with the family at www.butlermemorials.com.