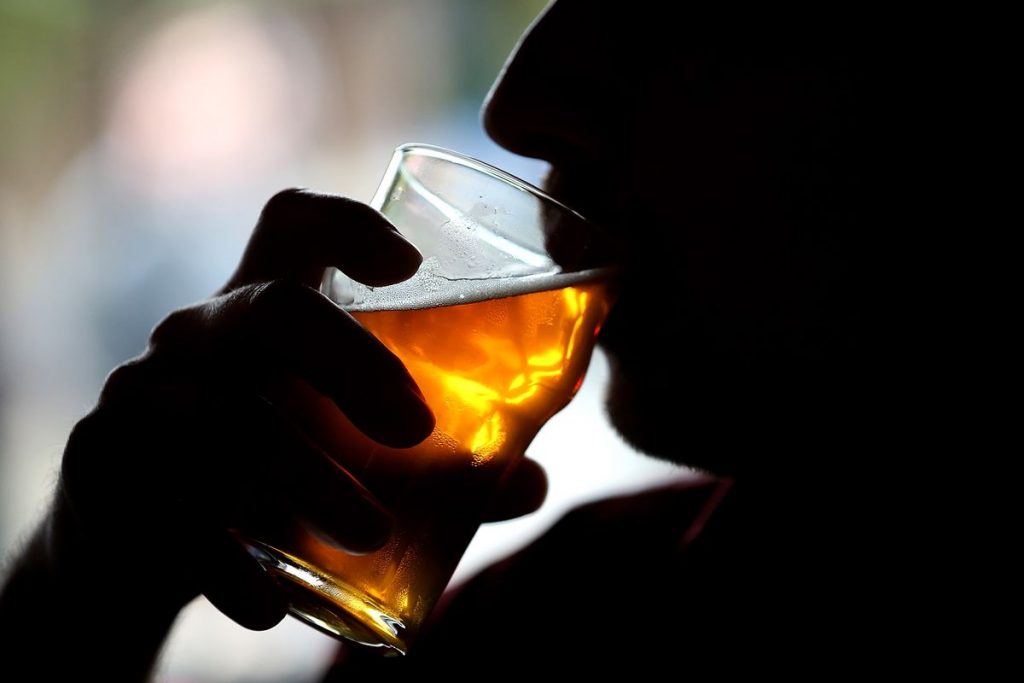 On November 8, residents in Munfordville will go to the polls to vote on whether or not they want the sale of alcohol to be allowed within the city limits. This is Part One of a three-part series. This particular part shares the point of view of someone who is in favor of alcohol sales.

On June 23 of this year, the Hart County Clerk’s Office received an intent to circulate a petition so that alcohol sales within the city limits of Munfordville would be on the ballot in the upcoming election. That petition was filed by Harold Cottrell.

Once the petition was filed, Cottrell needed to collect 161 verified signatures of those who are in favor of the sale of alcoholic beverages in Munfordville. He received a total of 170 that were able to be verified and counted.

According to Cottrell, as he was collecting signatures, citizens brought forth two prominent issues regarding the sale of alcohol within the county. Those were: (1) Why give the alcohol tax money away to other counties when it could be kept at home in Hart County? And (2) Why should Hart Countians have to drive to other counties to purchase alcohol?

“The debate is over. It (alcohol sales) has been discussed for years, and everyone’s mind is made up,” Cottrell said. “..I have been in several conversations with people who said we need to have alcohol sales in Munfordville.”

“I will only make one assumption,” Cottrell said. “Those who want to drink will find a way to get their choice of alcohol even if they have to drive 50 miles to get it…Money is going out of Hart County that could be staying in the county!”

According to his research, Cottrell said that 57% of adults in the United States consume alcohol.

“If you have 10,000 adults that can make a choice (whether or not to drink alcohol), if we put in the national average of 57%, that puts us at over 5,000 people in Hart County who drink alcohol,” Cottrell reasoned. “Those 5,000 people, if they just spend $10 a week on it (alcohol), that would be $50,000 a week that is going out (to other counties)…And if you multiply that by 50 weeks, that’s $2.5 million a year that’s going out on alcohol sales that the money’s not being circulated in Hart County. It’s not being counted as income. It’s being counted as money that gets spent somewhere else. We don’t get tax benefits from it.” 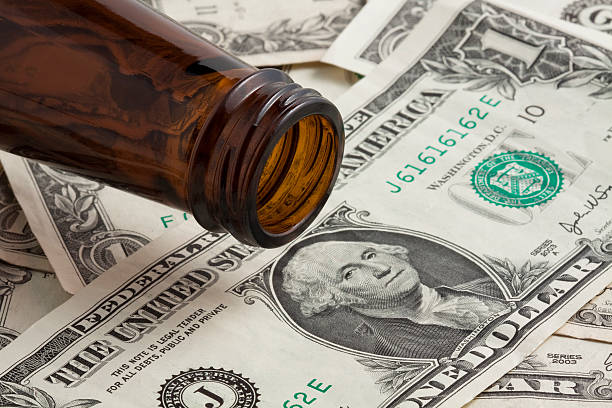 Cottrell further stated that by having alcohol sales within Munfordville, the economy of the county would be boosted and growth would occur.

“The next five to ten years (in) Hart County, there’s going to be a lot happening here…We’re about halfway between Louisville and Nashville. Second, we’re about halfway between Bowling Green and Elizabethtown,” Cottrell said. “With all the jobs and the industry coming into both Bowling Green and Elizabethtown and us being halfway, there’s a lot of opportunities that’s gonna get here, and if we remain dry and have no alcohol sales, it’s not…What I’ve heard more times than not, they (others) just sort of shake their head and say, ‘Do these people know what century they’re living in?’ And then they start looking somewhere else, so opportunity will just be passing us by, and we need to find ways to embrace it.”

“Because Hardin County is creating 5,000 jobs in the next two years with more to come, Hart County will experience changes that we can’t even imagine,” he added. “We either face these changes head-on or we get run over. Legal alcohol sales is being proactive relative to the changes.”

Cottrell also explained that Kentucky is considered the bourbon capital of the world, and Munfordville could possibly be included as part of the bourbon tourism.

“The bourbon industry in Kentucky brings in $9 billion in revenue, over 22,000 jobs, and 1.5 million tourists because of the bourbon trail,” Cottrell said. “…It is a huge industry in the state of Kentucky…If you travel around the country, as soon as they hear you’re from Kentucky, 9 times out of 10 you’ll hear someone say, ‘Oh, I wanna come there and do the bourbon trail.’”

“We’re part of Kentucky. We’re not just a little island in the middle of the United States somewhere that’s not attached to anything,” Cottrell continued. “We’re part of the bourbon capital of the world, and people come through here (Hart County) on the bourbon trail…Our time has come. It just doesn’t make sense not to have it (alcohol sales)…Let’s just get with the program. God has not yet struck us down with a bolt of lightening because we’re the…national capital of bourbon.”

Additionally, Cottrell said that having alcohol sales in Munfordville would be convenient for those wanting to purchase a pack of beer or have a drink at a restaurant with their meal.

“Right now, every county that borders Hart County has alcohol sales,” Cottrell said. “…It’s just a little annoyance that you can’t go to the Five Star or a local convenient store and buy yourself a six-pack of beer. It’s just an inconvenience to have to go to Cave City to do that.”

As for those who oppose the sale of alcohol within Munfordville, Cottrell stated that he doesn’t want to attack anyone who is against it. However, he believes that a rationale can be made against any counterarguments.

Cottrell explained that he understands others’ concerns with alcoholism, as he and his family saw how the disease affected his own father and how adamant his own mother was against having alcohol in her home.

“We all know excessive alcohol drinking causes problems. About 1 in 8 adults have complications from alcohol abuse,” Cottrell said. “Driving to Munfordville or driving to Cave City to get alcohol will not change this. Prohibition will not fix it, and accessibility will not encourage it. Every community has drug and alcohol problems. Opioids are much worse than alcohol. But for 7 out of 8 adults, alcohol is not a problem. Why punish 87.5% of the adults because there is a problem with the other 12.5?… We have organizations like Alcoholics Anonymous that do a wonderful job of helping those people, and that’s where family and friends come in to help people who do have an alcohol problem to go join those organizations.”

“…I won’t go into what they are being exposed to,” Cottrell said. “The best we can do is to have open communications with our youth and offer good parenting.”

Hart County is part of the Bible Belt, a region of the Southern United States in which socially conservative Protestant Christianity plays a strong role in society and politics. From Cottrell’s viewpoint, he stated that he has researched verses in the Bible which speak about alcohol and that, according to his interpretations, the only negative comments he could find regarding alcohol were the dangers of drinking excessively.

“The Bible doesn’t say not to drink, but don’t drink too much,” Cottrell said. “…It’s just annoying as can be to have somebody point their finger at ya and tell you that you’re gonna die and go to hell for drinking one glass of wine with your meal or drink a beer with your taco or something.”

“They didn’t know anything about bourbon in the Bible days, but if they did, the Bible would have been written just a little differently,” Cottrell added. “Because in like Ecclesiastes and other verses in the Bible, they’ll say a glass of wine will gladden the heart. And 2,000 years later, now that we have bourbon, and if it was around back then, they would’ve said an ounce of bourbon will cure what ails you…There’s a good side to everything, and there’s a bad side to everything, and the bad side is the excessive and the indulgences that goes with it.”

Cottrell also stated that the bigger concern within Munfordville and Hart County should be drug usage, not alcohol.

“I had one person tell me, ‘Oh, man, you bring the alcohol in here and you’ll bring the poverty in here. We’ll turn into one big slum.’ I’m like, ‘What the heck are you talking about?’” Cottrell said. “Well, I’m more worried about crystal meth and all that other stuff, whatever those drugs are, and opioids. Opioids are a thousand more times more destructive than alcohol when it comes to breaking down society, community, family units.”

As for crime in relation to alcohol usage, Cottrell said he has spoken with mayors and sheriffs from surrounding counties in which alcohol is sold.

“I’ve asked the other counties how they felt about drunken driving and domestic violence, and they really haven’t seen any kind of an increase they can contribute to alcohol sales,” Cottrell said. “…They’re happy to get the additional tax dollars and not really see that increase.”

As for taverns and bars developing in Munfordville if the sale of alcohol is voted in, Cottrell stated that he does not believe any such businesses would be established in the city.

“First off, that’s not under our control. ABC (Alcoholic Beverage Control) determines how many licenses we can have…They grant them or throw them out the door,” Cottrell said. “…There’s not going to be a bunch of taverns, bars…We can’t get anybody to put a restaurant here (in downtown Munfordville), much less a dang tavern or bar…Having a tavern or a honky-tonk in Munfordville is ridiculous. We don’t want it, and anyone would be foolish to try to start such a business in Munfordville.”

In conclusion, Cottrell stated that the subject of alcohol sales has been debated over and over but that one thing is certain to him: more people want alcohol sales in Munfordville than people who don’t.

“We live in a democratic society, and the way we theoretically solve problems like this is by having a vote for it. We all theoretically try to accept the results of that vote and live with that,” Cottrell said. “…Let’s just put it on the ballot and let people go vote one way or another…You either want it or you don’t want it…These opinions have been tossed around for years, and everybody has an opinion. Let’s put it on the ballot and see where it goes…I think it’s time for it.”

Next week in the October 27 edition, the Hart County News-Herald will publish Part Two of this series which will feature current District 1 Magistrate Gary Gardner providing his reasons why he is against the sale of alcohol in Munfordville.