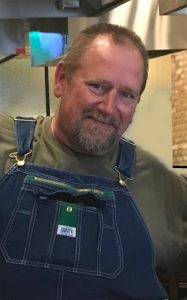 Jerry was an electrician who had been employed as field supervisor at Leonard Johnson Electric for the past 37 years. He was a highly devoted worker whose life was centered around his children and grandchildren. He was a believer who was baptized on August 20, 2019.