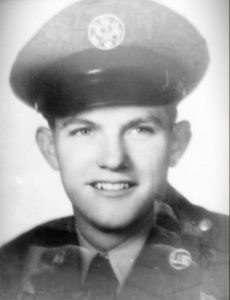 James L. “Jimmy” Meredith, age 91 departed this life on Friday, October 7, 2022, at his residence. The Edmonson County native was born on November 12, 1930, to the late Jim Brite and Cora Vincent Meredith. He was married for over 70 years to Ruby Meredith, who also preceded him in death.

He served our nation in the U.S. Air Force during the Korean War era. Jimmy enjoyed singing and was known for his beautiful tenor voice with the Lindseyville Quartet. He was a member, deacon and former treasurer of Midway United Missionary Baptist Church,  which was his greatest joy.

Besides his parents and his wife, he was preceded in death by two brothers, Eddie and Warner Meredith; and four sisters, Avil Vincent, Ivil Saltsman, Lillian Lowe, and Oneta Ashley.

Interment will be in Midway Church Cemetery with graveside military honors by the Nesbit Alexander  Memorial Post #6937 VFW.