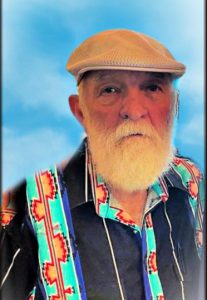 CAVE CITY – Steve Allen Perry, better known as “Fuzzy”, age 71, departed this life on Sunday, October 2, 2022, at The Medical Center in Bowling Green. The Indianapolis, Indiana native was born on December 27, 1950, to the late Marion Clarence and Opal Carlyle Perry. He was married to Carol Harrison Perry, who also preceded him in death.

Fuzzy managed several properties around Cave City and also loved recycling metal.  He served as a member of the Cave City Volunteer Fire Department for many years. He worked endless hours renovating the new Patton Funeral Home Cave City Chapel and was so proud of the new addition to the community. He was a member of the Heartland General Baptist Church.

He leaves to honor his memory— a sister, Linda Moore (Bruce) of Greenwood, IN; a special friend, that he considered a daughter, Beth Hayes of Cave City; grandchildren, Sara Hayes, Clayton, Colton, and Waylon Winchester; a dear friend, Jonathan Wood (Megan) of Cave City along with several nieces, nephews, cousins, extended family members and a host of friends. He was preceded in death by his siblings, Marion, Ronald, and Rodney Perry, and Vicki Mosier; a daughter, Anita Burris; and a special loved one, Mary Katherine McClard.

Interment will be in Cave City Cemetery.