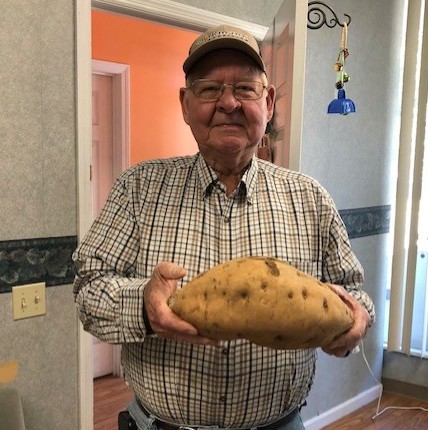 Mr. Johnnie Wilson stopped in at the Herald-News office last Thursday to show us this 6-pound sweet potato that he grew in his garden on the Weed-Keltner Road. He said it was the only potato on that vine. That poor plant probably couldn’t handle but one that size! Mr. Wilson said he grew mostly white potatoes. This is the first year he has grown this different type of sweet potato that doesn’t vine. He got it from a seed company. His daughters told him he should take it to the newspaper, because it was so unusual. That’s a lot of sweet potato pies!