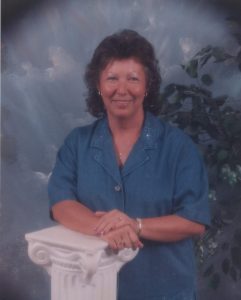 GLASGOW – Martha Logsdon Garmon Thomas, 68, died Sunday, October 2, 2022, at NHC Healthcare Center. A daughter of the late Joseph A. Logsdon and Hattie Pearl Gulley Logsdon, she was a childcare provider and a member of the Wisdom Faith Church. Martha’s love for the Lord and her family was her testimony.

In addition to her parents, she was preceded in death by one sister, Louise Duvall; and two brothers, Jay “Jaybird” Logsdon and Roe Logsdon.

Funeral services will be held at 3:00 p.m. Wednesday, October 5, 2022, at the Hatcher & Saddler Funeral Home with burial in the Cedar Grove Cemetery. Visitation will be after 1:00 p.m. Tuesday at the funeral home.