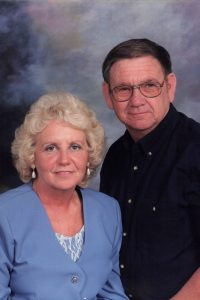 GLASGOW -Linda Jo Adams, 75, passed away Saturday, September 24, 2022, at The Medical Center at Bowling Green. She was born May 11, 1947, in Glasgow, Kentucky to the late Stanley Thomas Jewell and Margaret Thomas Jewell. Linda was a homemaker and a lifelong member of Peters Creek Baptist Church. She loved sewing and writing recipes in her cookbook. In her later years, she enjoyed traveling with her late husband, Lloyd, on his business trips.

In addition to her parents, she was preceded in death by her loving husband, Lloyd Franklin Adams; and one daughter-in-law, Lisa Adams.

The funeral service for Mrs. Adams will be held at 3:00 PM Tuesday, September 27, 2022, at A. F. Crow & Son Funeral Home with burial in the Glasgow Municipal Cemetery. Visitation will be on Monday afternoon from 4:00 PM until 8:00 PM and on Tuesday morning until time for the service at the funeral home. A. F. Crow & Son is honored to be entrusted with the care of Mrs. Adams and her family. Please share your condolences with the family at www.crowfuneralhome.com.