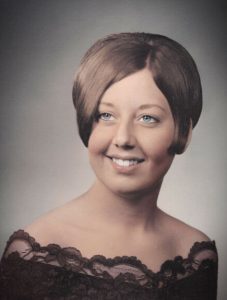 Linda L. Brooks, age 70 of Bowling Green, formerly of Bee Spring, departed this life on Monday, September 19, 2022, at The Medical Center at Bowling Green.  The Grayson County native was born on November 13, 1951, to the late Hayward and Martha Pawley Douthitt.  She was married to her best friend, Steve Brooks, until he preceded her in death on September 12, 2000.

Linda worked as a property manager, and was the former owner of the Country Bouquet Florist.  In later years, she operated an embroidery shop beside her home in the log cabin that her husband, Steve, was born in.

She leaves to honor her memory— her son, Aaron Brooks (Tess) of Bowling Green; two daughters, Stephanie Brooks of Bowling Green and Chelsea Brooks of Alvaton; two brothers, Allen Douthitt (Barbara Dennison) and Terry Douthitt; and a sister, Brenda Simpson. She was also preceded in death by her daughter, Angela Brooks; and her brothers, Larry, Doug, and Kennie Douthitt.

Interment will be in Jock Church Cemetery following the funeral services.