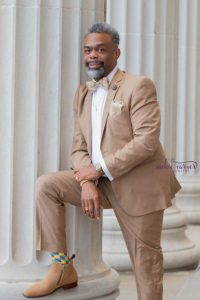 Pastor Kendell Terrell “KT” Ford is described as someone who “lets his light shine by being an example of the living word of God.” Photo submitted.

A lot can often be said about second chances, kindness, and friendship. Just ask Pastor Kendell Terrell “KT” Ford or anyone who knows him.

The son of Mr. Edward Lee “Cookie” Ford and the late Mrs. Patsy Jean Thornton Ford, it has been twice within Pastor Ford’s life that he has found himself in need of a second chance.

As a child, Pastor Ford grew up having epilepsy.

“For a long time, I had seizures,” Ford said. “…At one time, I was taken to Caverna (Hospital). From Caverna I went to TJ (Samson Community Hospital) and then they transferred me to Vanderbilt (University Hospital), and they had to put me in an induced coma to try to stop me from having seizures because I was having them so bad, and they thought I was just gonna die from them.”

Now, however, Pastor Ford is 18 to 20 years seizure free and has been taken off all of his medications – a second chance at life, so to speak.

In another instance, Pastor Ford experienced what he described as a “rough incident” which resulted in him once again fighting for life.

“I was hit by a motor vehicle,” Ford recalled. “The cops were chasing a guy, and it was right up here at the end of Shortcut Road (in Horse Cave). I had sung at two weddings that day, and as I got out of the car, the cops was chasing him and the guy on the motorcycle was at a high rate of speed and hit me as I was getting out.”

Pastor Ford was flown to the University of Louisville Hospital. He was in a coma and was placed on a respirator for over a week.

But life was not over for Pastor Ford. By the grace of God, along with the support of the community, he once again received a second chance at life.

“I felt like the community helped me rally back,” Ford said. “…The community rallied around me and prayed for me, and that’s why I just feel like life is just based around a community of people helping us.” 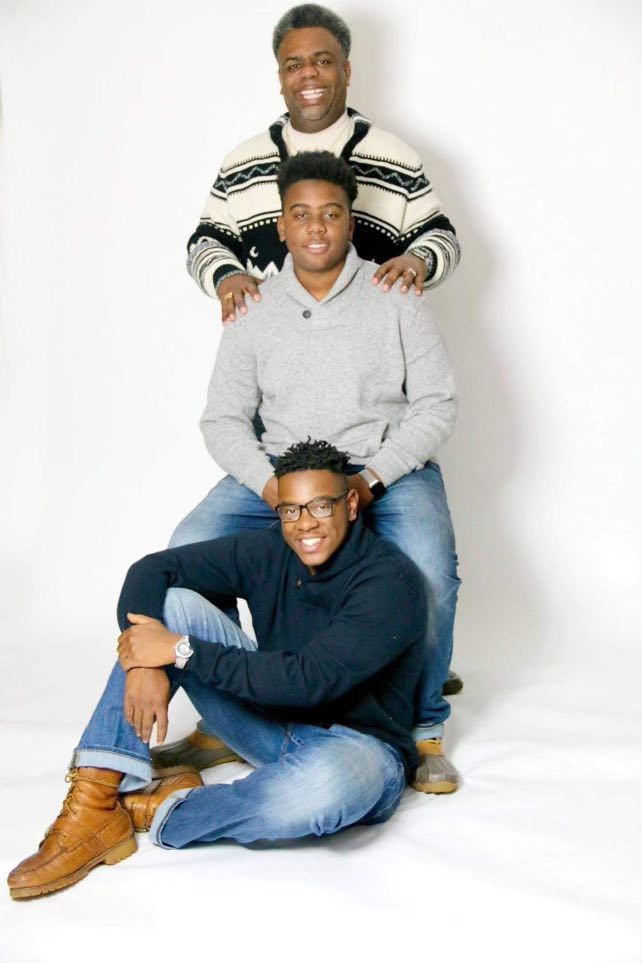 During these trying times in his life, Pastor Ford was shown kindness and compassion, and through the love of his family and the friendship from others, he persevered.

However, Pastor Ford has never taken those second chances, kindness, or friendships for granted. Combine that with his upbringing, and it is evident as to why he has a desire to help others.

“My parents just raised me to always do what’s right and to give back and to do what we can,” Ford said. “We never really had a whole bunch, but we were always taught that whatever we have, we’re supposed to be a blessing and give back to other people.”

Pastor Ford has certainly held that to be true as he holds a long list of titles and has helped the community in a variety of ways.

Having served as pastor at Woodsonville Missionary Baptist Church for 17 years, Pastor Ford has served in various capacities of the Liberty District Association, including Director of the Youth Conference Choir and the Adult Mass Choir, and Associate Dean, Dean, 2nd Vice, 1st Vice, and President of the Liberty District Sunday School and Baptist Training Union Convention. He presently serves as the Parliamentarian of the Association. From 2016-2022, Pastor Ford served as Secretary of the General Association of Baptists in Kentucky. Recently, as of July 27, 2022 (due to tenure), Pastor Ford was elected as the Assistant Secretary. He has also served as Dean for The Baptist Unified Christian Leadership Conference, the educational arm of the General Association, before being elected to the secretary position. Using his vocal talents, he also sings with the General Association Pastors Conference Choir. 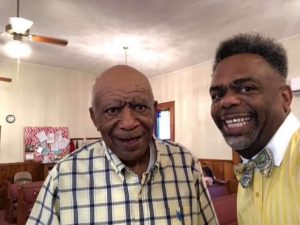 Pastor Ford is bi-vocational. Not only does he serve as pastor at WMBC, but he is also a former member of the Caverna Memorial Hospital and Medical Center at Caverna as part of the Nursing Team for 19 years. As of December 2020, his full-time role shifted to the outpatient mental health department. In addition, Pastor Ford also became a member of Senior Perspectives at the Med Center at Caverna and still works PRN at the hospital. He is a level II Apprentice with Hayes Brothers Funeral Home In Glasgow, as well as Percell & Sons Funeral Home in Elizabethtown.

Pastor Ford is very active in district and state work, as well as volunteering and serving on community boards. He has served in leadership roles, including the Hart County Leadership Board, and presently serves as the President of the Hart County Extension Council, after previously serving as the Vice President. He is also a Kentucky Notary Public.

On June 24 of 2012, Pastor Ford received a Proclamation from the Honorable Terry Martin, former Hart County Judge Executive, declaring his Seventh Pastors Anniversary as Kendall T. Ford Day. In May 2019, Pastor Ford was the recipient of the Norton’s Healthcare of Faith & Health Care Minister of the Year. 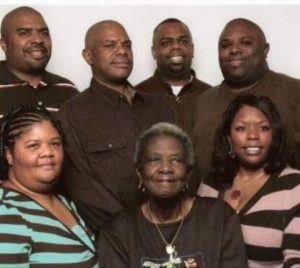 Family is very important to Pastor Kendell Terrell “KT” Ford, back row, third from left. He is pictured here with his mother, the late Mrs. Patsy Jean Thornton Ford, front center, and his siblings. Photo submitted.

As a native of Horse Cave and a graduate of Caverna High School, Pastor Ford has also worked with a program with FMD (functional mental disability) students.

Because of his leadership within the community, as well as his willingness to serve others, Pastor Ford was nominated by the members of Woodsonville Missionary Baptist Church for the Hart County News-Herald’s Hometown Hero for the month of September.

“Pastor Ford believes in letting his light shine by being an example of the living word of God,” the Church wrote in its nomination letter. “…Pastor Ford visits the hospital(s) weekly. His visits include anyone and everyone that he has heard about or (been) referred to. On his days off, (he) sometimes starts at UofL Hospital, Louisville, at 8:00 am (EST), and by noon he is checking in at the Medical Center, Bowling Green or Vanderbilt, Nashville. He is true to his faith.”

“Rev. Ford is also well-known and appreciated for his Facebook page,” the nomination letter continued. “Persons that cannot travel or do not travel (especially after dark), the elderly, the sick-and-shut-in, stay connected to Rev. Ford on Facebook. He travels to other churches for homecomings, anniversaries, associations, conventions, benefits, singings, concerts, funerals, and installations. His adventures also cover family reunions, birthday parties, weddings, showers, and retirements. He videos live and posts selfies and other pictures. If you would read the comments, there are so many that appreciate the effort he makes to keep everyone informed…His Favorite saying: ‘It’s just good to be here.’…The members of WMBC appreciate this opportunity to nominate our Pastor as the Hometown Hero.”

Pastor Ford said being nominated and selected as a hometown hero is an honor.

“I don’t ever feel like I’m really a hero,” he said. “…It really speaks volumes that someone does recognize me (and my efforts) to do that…I don’t do it to get the recognition. I feel like it’s in my heart. God blessed me to have a second chance in life…I just want to keep giving back.”

“My parents and all of my family, I just feel like it’s a village of everyone who has been instrumental in my life,” Pastor Ford added. “I wouldn’t be the hometown hero if it wasn’t from all of the circle of my family and friends and my church family who gives me the opportunity to be who I am.”

It is with the utmost honor that the Hart County News-Herald recognizes Pastor Kendell Terrell “KT” Ford as this month’s Hometown Hero for the kindness and compassion he shows to others throughout the community. 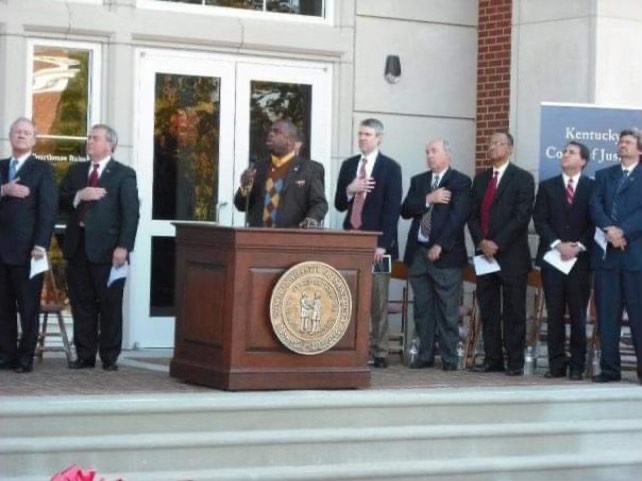 Pastor KT Ford, center, is pictured singing at the ceremony for the opening of the Hart County Justice Center. He has sung for many services and events, one being for former Governor Ernie Fletcher. Photo submitted. 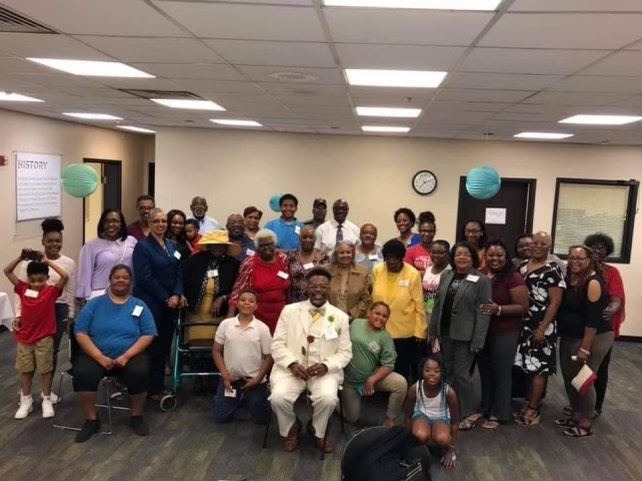 In May of 2019, Pastor KT Ford, front row, center, was the recipient of the Norton’s Healthcare of Faith & Health Care Minister of the Year. Photo submitted. 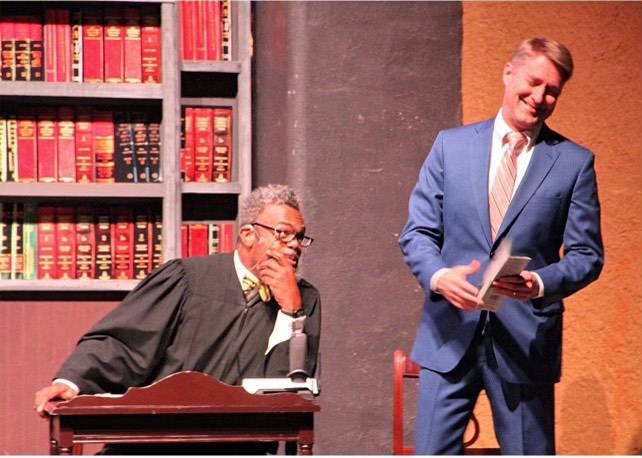 Pastor KT Ford has a special love for music and theater, having performed before at the Horse Cave Theatre and the Barn Lot Theatre. He is pictured here, left, in a theater production for the Far Off Broadway Players. Photo submitted.