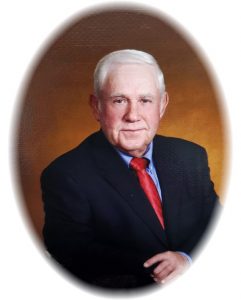 HISEVILLE – Stanley H. Wilson, 76, passed away Thursday, September 15, 2022, at the Medical Center at Bowling Green. He was the son of the late Henry Davis Wilson and Ruth Dean Wilson.

Stanley was a 1964 graduate of Hiseville High School. After graduation, he began his career working at Hiseville Feed and Seed and later moved to becoming manager of the Strader Farms. A short while afterward he began operating his own farm; later to be joined by his son Stanley Davis Wilson in its operations. They owned and managed one of the larger farm operations in the Hiseville Community which included dairy, tobacco, and grain farming. At one point they were the largest tobacco producer in Barren County. Stanley received numerous awards during his career that included Outstanding Young Farmer in 1980-1981; Glasgow-Barren County Chamber of Commerce Farmer of the Year Award in 1999; and was inducted into the Barren County Alumni Hall of Fame. He was a member of the Barren County Cattlemen’s Association and the Barren County Farm Bureau. His other interests included NASCAR, dove hunting, and spending time with his family.

Stanley is survived by his wife, Jean Dillon Strader Wilson with whom he recently celebrated 60 years of marriage on August 22; one son, Stanley Davis Wilson and his wife Tammie; two grandchildren, Morgan Martin and husband Jake, and Tyler Wilson; two brothers, Terry Wilson and wife Rita, and Norris Wilson; one sister, Margie Reed and husband Terry; several nieces and nephews.

In addition to his parents, he was preceded in death by one brother, Preston Wilson; and one sister, Tammy Wilson.