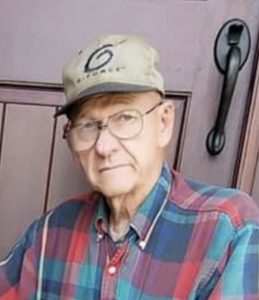 Clifford was a 1962 graduate of Hazelgreen High School, East Bernstadt, Kentucky. After graduation he attended vocational school in Bowling Green, Kentucky, where he majored in the electrical field. While attending vocational school he met the love of his life, Brenda, and they were happily married for 49 years. He served in the US Army during the Vietnam War and was honorably discharged on July 19, 1971.

Upon returning he opened Oliver’s Electrical Service in Scottsville, Kentucky and worked in maintenance at GE and A. O. Smith until retirement. After retirement he enjoyed working with many civic groups. He was president of the Allen County Beekeepers; an active member of the Barren County Beekeepers; and a member of the Scottsville Rotary Club. He was of the Baptist Faith and attended Sunday school at Scottsville Baptist Church and worship service at Scottsville General Baptist Church.

In addition to his parents he was preceded in death by his wife Brenda Cornwell Oliver; two sisters: Kathleen Jennings and Ann Gilbert; two brothers: Bob Oliver and Joseph Oliver.

Funeral services will be 2:00 pm Tuesday, September 20, 2022 in the chapel of Goad Funeral Home, Scottsville, Kentucky. Visitation will be Monday, September 19, 2022 from 1:00 pm to 8:00 pm at the funeral home and from 8 am Tuesday until time for service at 2:00 pm. Alternate expressions of sympathy may be made to the Cedar Springs #2 Fire Department or Scottsville General Baptist Church. Donations may be made at the funeral home. Hatcher & Saddler Funeral Home is assisting the family with arrangements.