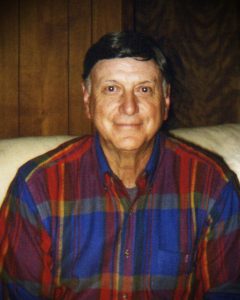 Harold, or “Hal” as he was known to all, was born on October 6, 1934, to Barrett and Goldie (Bragg) Bunch in Edmonton, Kentucky. He was united in marriage to Violet Smiley on August 24, 1956, in Chicago, Illinois, whereupon they began their 66-year journey together, which included relocating to Dallas/Fort Worth with their 2 kids in 1974 and retiring to Bridgeport in 1995. Hal was a hard worker from an early age and lived to provide for his family. He retired from American Airlines after 44 years as a crew chief in fleet service. Concurrent to his time at American, Hal owned and operated a successful lawn and landscape company for 25 years. Hal was also a proficient carpenter, woodworker, mechanic, and repairman, and spent most of his spare time building and repairing anything and everything he possibly could for not only his family, but for anyone in need. He was a beloved husband and father and will be remembered by friends and colleagues for his kindness and generosity. He will be sorely missed by all that knew and loved him. He was preceded in death by his parents; his brother

He was preceded in death by his parents; his brothers, Reid, Denton, Phillip, and Lindy; and his sister, Betty.

Those left behind to cherish his memory are his wife, Violet Bunch; his son, Keith Bunch and wife Suzanne; his daughter, Kay Bunch and spouse Vanessa; and numerous extended family and friends.