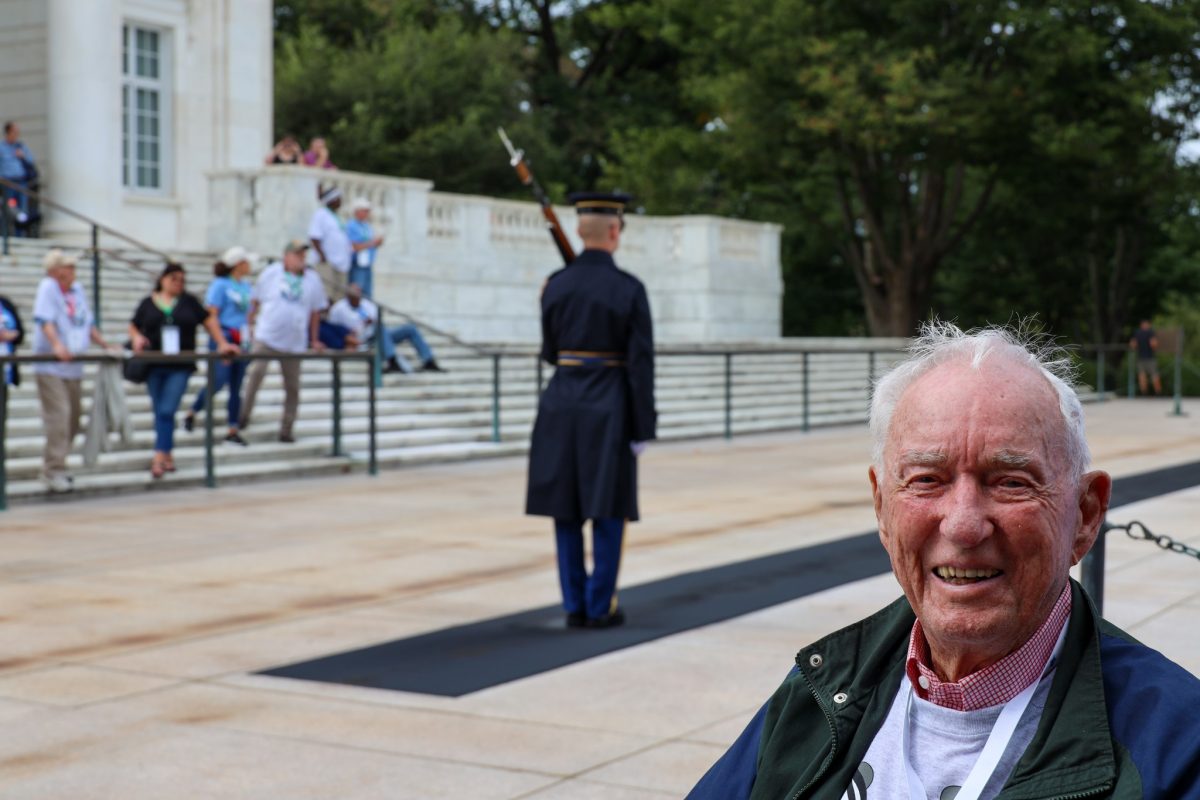 At the Tomb of the Unknown Soldier photo by Bluegrass Honor Flight.

The cheers and excitement became louder and more prominent as World War II, U.S. Army Veteran, Lee Robertson entered the “Homecoming Celebration” at Louisville International Airport on Wednesday, September 7, 2022 around 10:40 p.m.  His smile was vibrant and his handshake was strong as he greeted the massive crowd that was waiting to welcome him and 81 Veterans “home.”

Robertson is 100-years young and he traveled, along with 7 WWII, 11 Korean War and 63 Vietnam War Veterans, to Washington, DC for a whirlwind day of appreciation, visiting the war monuments and Arlington National Cemetery.  “It was a wonderful day with my brothers” he said.

Robinson was just out of high school a few months, having “no idea what he would do, but it turned out, plans were made for him” when he was drafted after the attack on Pearl Harbor on December 7, 1941.

He served 1942-1945 and was a driver in the 44th Tank Battalion.  He spent 51 days on a ship from Vancouver, Washington to New Guinea, 66 straight days in combat taking Manila, and recalls the pain of losing a tank member in combat.  “War is hell” he wrote in his summary to the Honor Flight.

After completing his service, he arrived home at his childhood home on an icy Christmas morning.  They had no electricity, central heat or indoor plumbing, just two coal and wood grates, a wood-burning kitchen stove, nighttime oil lamps and an outhouse.  He came home with just a few belongings.

And this is why the “Homecoming Celebrations” are so significant.  The airport hallways were lined with over 1,000 people in “a sea of red, white and blue.” The cheers roared as each Veteran entered.

“It was overwhelming and a moment I will never forget” was the sentiment of every Veteran.  “It was completely different from when I came home before.  I wasn’t expecting this” was repeated by many.

“There was hardly a dry eye in the place” said Bobby and Margie Dawsey who traveled from Glasgow to participate in the homecoming.  Bobby went on the June flight and found the experience to be one of the “best experiences of his life.”  They presented Robertson a bouquet of red, white and blue flowers and a card reading, “Glasgow and Barren County.” They did not know his connections to Barren County.

A few months after returning home, Robertson learned of the GI benefits and enrolled at Western Kentucky University (WKU). He graduated in 1950 and started his teaching and coaching career at Park City High School, earning $200 a month and renting a room at the Bauch Jr. School which is now the Grand Victorian Inn in Park City.

Park City resident Joe Duvall remembers Robertson as his health instructor and track coach.  “He was a great teacher and a great coach. He made me work really hard and he still remembers me.  Any time I see him at the WKU ball games, he always calls me by name and says “There’s Joe.  He’s my Track Star.”

Duvall downplays his track star status, but gives Robertson credit for giving him his first teaching job. Robertson hired him to teach at Temple Hill Elementary, beginning what would be his 30 year teaching career.

“I can’t say enough good things about him, he is a fine, fine man with a great personality,” said Duvall.  “He gave me a chance and I am so thankful.”

LouVenia Turner Duvall, Glenna Pedigo Allen and LoVelle Geron Clark had him as a physical education instructor.  Clark remembers his kindness and his caring for each and every student.  “He instilled in us to do our very best.  He greatly influenced my life and so many others.  He was a hero then and continues to be.”

Robertson became the Assistant Superintendent of Barren County Schools in 1957 and was promoted to Superintendent in 1958 where he remained until April 1960, when he was vetted by WKU to become the Director of Alumni Affairs, a position he held until retiring in 1985; however, he didn’t stay retired and he returned to WKU in various positions, including helping to develop the WKU-Glasgow Campus.

Helen Crabtree of Glasgow was a secretary at Temple Hill Elementary during his tenure as Superintendent.  “He was a great educator and a great man, just simply the tops!  He was so good with the kids, very friendly and motivating.  It was our loss when he left Barren County.”

Roberton’s record speaks exactly that.  He has received many awards and honors including the First Spirit of WKU Award, CASE-Kentucky Beth K. Fields Award, WKU Hall of Distinguished Alumni, Paul J. Just Award for outstanding contributions to athletics, naming of Robertson Ballroom and a bronze statue of his likeness in the Alumni Center.  He is lovingly called, “Mr. Western” for his lifelong relationship with the college spanning over 75 years.

Robertson describes himself as a “people person” and he is grateful for each life he has been able to touch, both in the military and academia. He started over 60 alumni clubs throughout the country, educated, recruited and coached thousands of students and raised tremendous amounts of money for education.

He offers a lot of wisdom from his 100 years of living.  “Live one day at a time.  Enjoy every day.  Keep your feet on the ground. Be strong. Love your neighbor.  Don’t get in the wrong crowd.”

“I believe that you are happier if you have a strong faith and believe in the creation, the Bible and eternity. Just look at the creation, the blue skies, the clouds, nature, and the order of it.  Faith is the most important thing.”

Mr. Robertson, please accept our sincere gratitude for your service to our country and your commitment to make a better world.  Some people touch hearts and lives.  Some touch the universe.  Thank you for doing both.  Welcome Home. Yes. Yes. Yes.

This was the third and final flight for this year; however, flights will resume in the Spring of 2023 and they are currently accepting applications.   For more information, visit honorflightbluegrass.org or on Facebook.  If you would like to sponsor a veteran or guardian, donations are tax deductible. 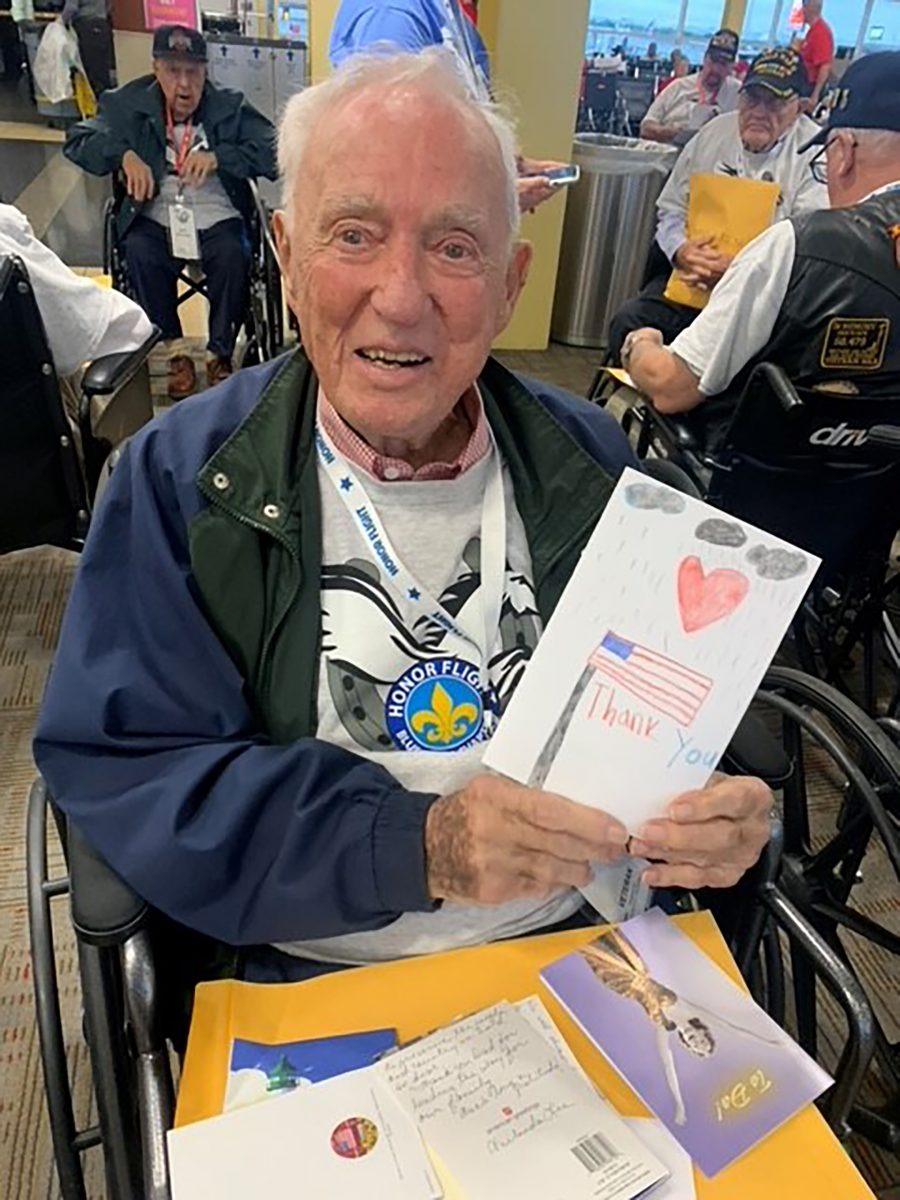 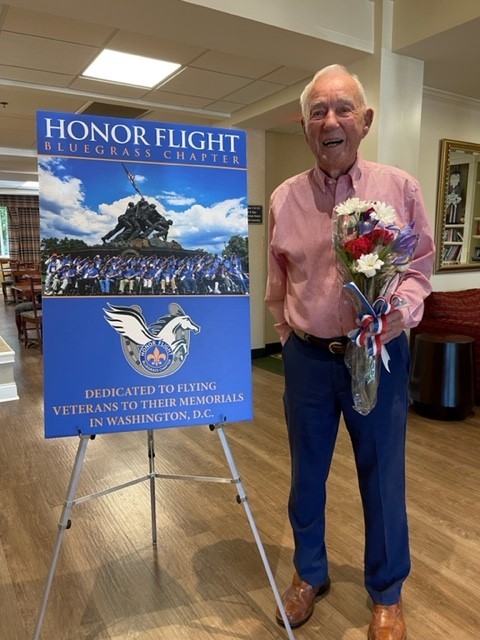 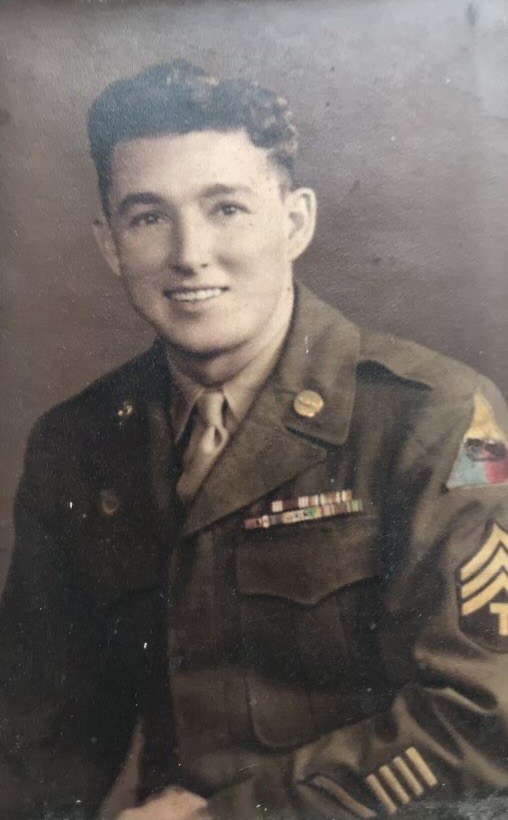 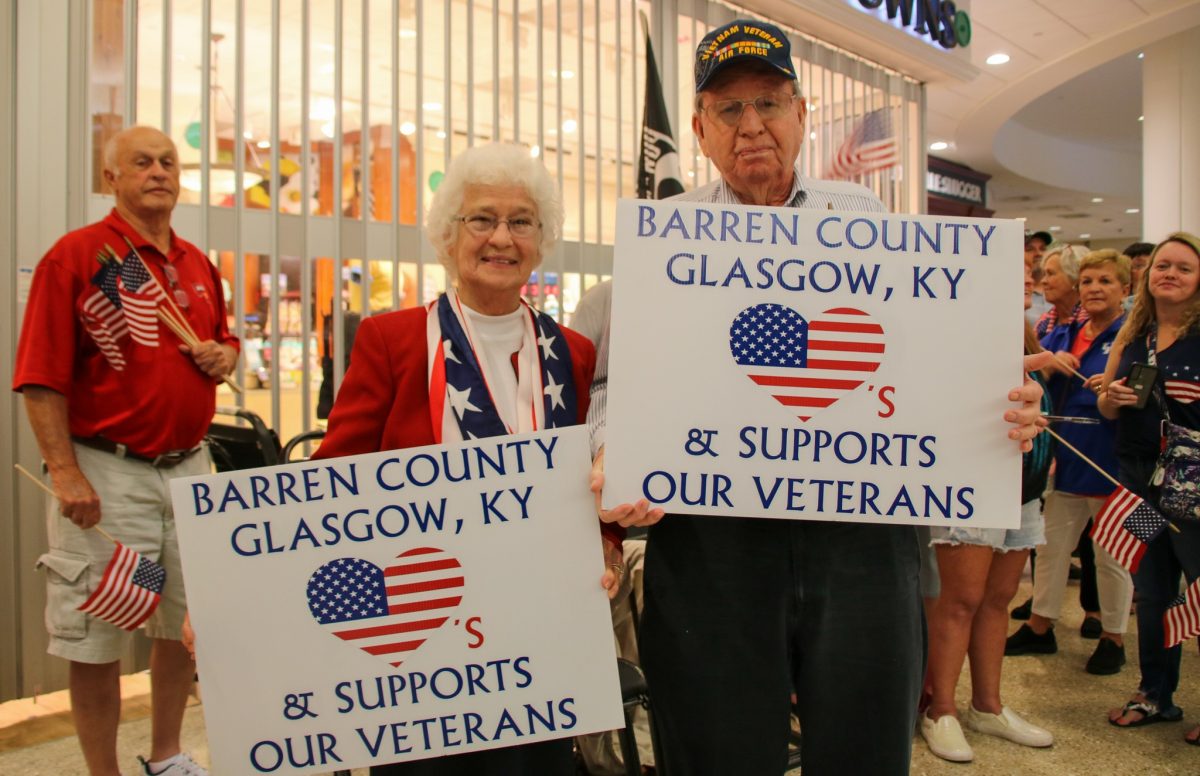