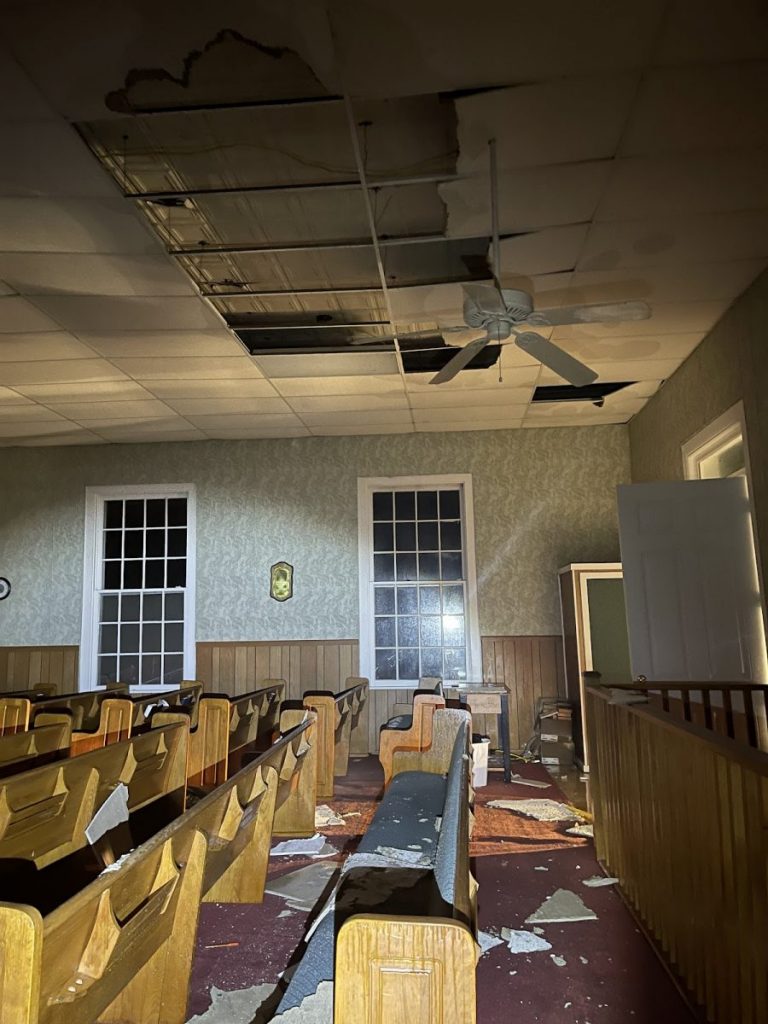 December Tornado Damage which pulled back and twisted the roof of the timber frame built structure.  Photo Submitted by Barry Locke

On September 18, Hopewell Church in Canmer is hosting a dedication and open house.

Hopewell is the oldest frame church building in Hart County and the second oldest church in the county, with only Munfordville Presbyterian Church being older.

The church members are celebrating their 163rd year, but that’s not their only reason to rejoice.

During last December’s tornadoes in Hart County, the little church was struck for the second time in its history.

“It took the roof off,” explained Pastor Barry Locke, looking at a photo from the morning after the tornado of the church’s twisted roof and the HVAC unit knocked off its base. “It’s a timber frame built structure, and the tornado didn’t blow it apart, but it twisted it and busted all that timber frame up.”

The vaulted structure had to be secured with a prop hold to prevent a complete collapse.

“We had a lot of good help,” said Locke. “The Amish community came and helped us get the ceiling down. We had a menonite crew from Taylor County, and we had a lot of help from the community.”

“From youth all the way up,” added Church member Diane Jeffries. “Those kids came in and did a lot of work.”

“We put a lot of sweat equity in this building,” Locke said with a smile.

In rebuilding the sanctuary, lumber from their damaged roof was used to create a cross behind the pulpit and also used to trim around the ceiling.

Hopewell has a rich history within the community, so it’s understandable that church members wanted to preserve part of the original building.

In a writing by Mrs. Cyrene S. Bell, it is reported that Reuben Sims gave the ground for Hopewell Church to be built on with the provision that it would be a union church with all denominations to preach there. Reuben Sims was related to James Wheeler and the carpenter stayed with the Wheeler’s while they built the church. Martin Burns was a stonemason. He cut the solid rock steps on Maxie’s Knob. He also cut the big rocks for the stileblock on Hopewell yard. This was used by the ladies to mount their horses. It is reported in Hopewell’s church facts that in January of 1902, Alex White was paid $15 for the doorsteps and stile-block, and W.H. Waters was paid $12 to haul the steps from Maxie’s Knob. The stileblock was put together with cement later, with a donation from John and Mary Davis of Kansas. John Davis‘s parents were members of Hopewell, and they wanted the stile-block preserved and kept.

Stile-blocks were steps or blocks used to help riders mount/dismount horses or to help passengers on or off carriages or wagons.

Hopewell held its 100th year celebration on June 28, 1959. It was an all day celebration which saw several ministers who came to preach.

“It started out as a community church, and then at one point it became a Cumberland Presbyterian Church,” said Jeffries.

On October 25, 2015, Hopewell met and voted to become an independent church.

“We have continued to grow from that point,” said Locke. “In the last 10 to 15 years, our congregation has grown. We’ve seen salvations. We’ve seen baptisms. I know all things happen for a purpose. Sometimes people think it was a tragedy that this (the tornado) happened, and it was a tragedy, but God brought us around the corner with his hand and guidance. We took a church that was in a terrible state and rebuilt the building.”

“That’s just like the one in ‘73,” said Jeffries. “Within a week’s time, we had revival. People pulled together and put the roof back on.”

Jeffries was referring to June 27, 1973 when a tornado hit the church the first time. It unroofed the church, causing church books and records to be destroyed. Church members had to clear roads just to get to the church. Revival had already been set to start on July 3, and with everyone’s help, the roof was repaired, the carpet was cleaned, and revival was held on time.

“Our church is more than just a building,” said Locke. “It is our hope that we use this new facility to share the gospel and bring more people to know Jesus Christ and to serve our community the best way we can.”

With their new facility, Hopewell offers Sunday School with five different classes and room to grow. They are also hosting a Nationwide Revival on November 4-6 where they are inviting all churches, all denominations, and all congregations.

Their playground set, which the winds had overturned during the storm, is repaired and open to anyone in the community.

“Parents can sit on the stile-block and watch their kids play or they can use the picnic shelter,” said Locke.

On September 18, Hopewell Church will have their normal Sunday service with an open house and dedication service at 4 p.m. (refreshments will begin at 3 p.m.). Brother Scott Coats will visit to preach the dedication service. Everyone in the community is invited to attend.

“We believe what God’s word says in Romans 8:28,” said Locke. “We know God causes all things to work for good for those that love God and are called to his purpose. I believe we can attest to this. God has had His hand of grace on us this whole time.” 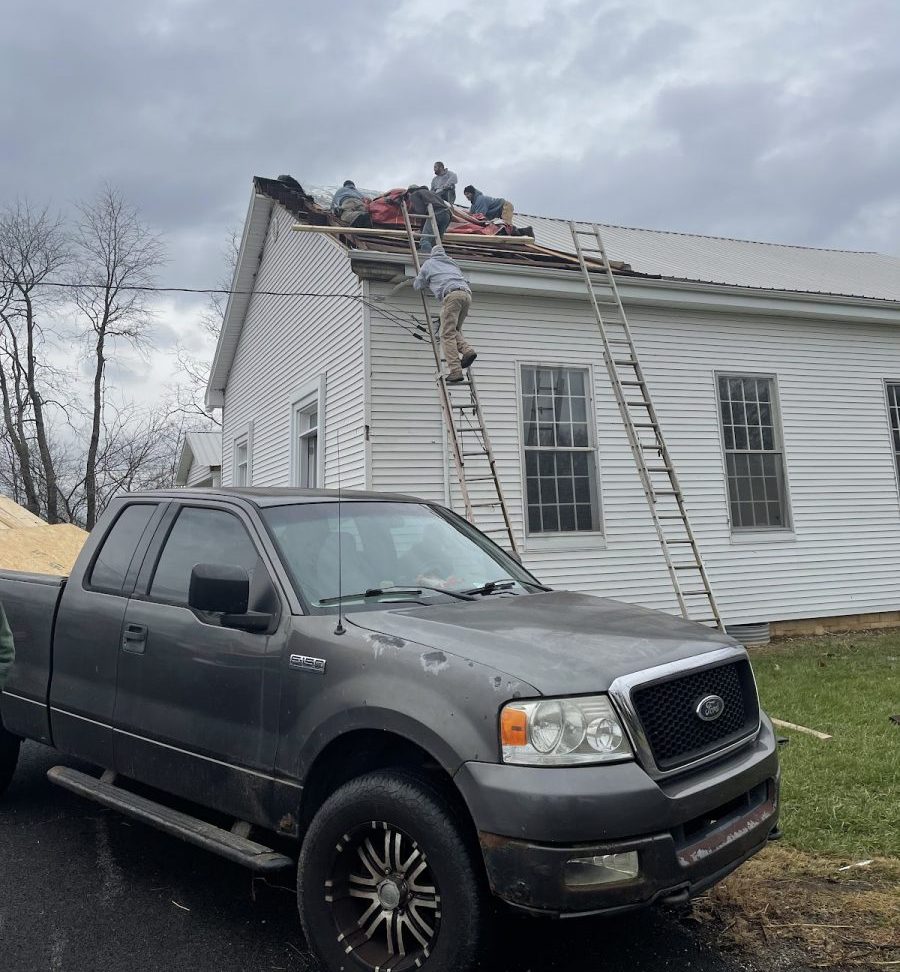 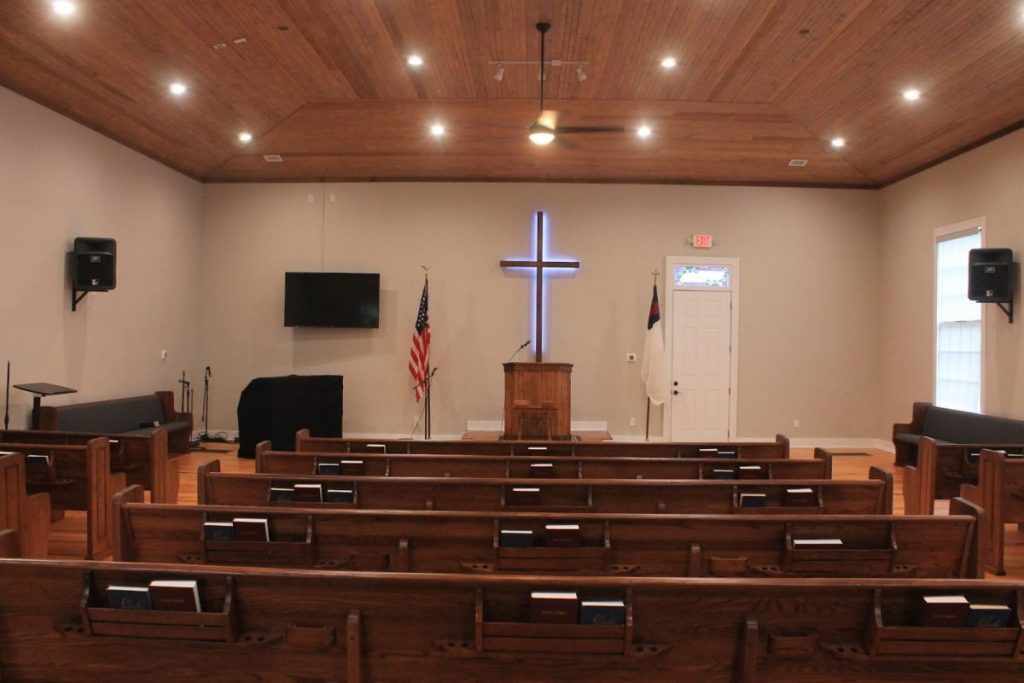 Wood from the damaged roof was used to create the lighted cross behind the pulpit and was also used to trim around the ceiling.  Photo by Katrina England 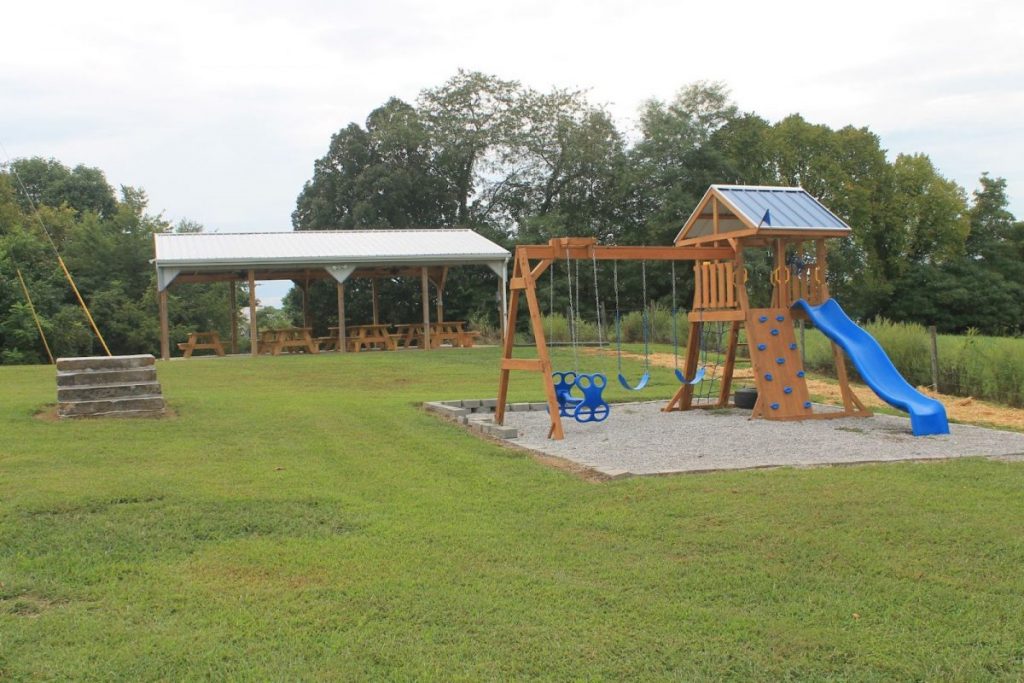 Pastor Barry Locke says not only are their church doors, but also their grounds, are open to the community. Photo by Katrina England 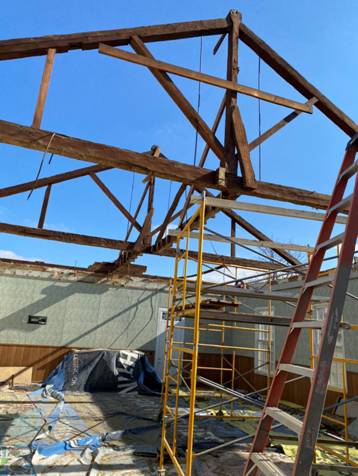 Hopewell Church was devastated by the December 11, 2021 tornado. They welcome everyone to join us as they celebrate being back in their remodeled building. Doors open early for a walk through of the church prior to celebration service. Photo Submitted by Barry Locke.

Hopewell Church was devastated by the December 11, 2021 tornado. They welcome everyone to join us as they celebrate being back in their remodeled building. Doors open early for a walk through of the church prior to celebration service.  Photo Submitted by Barry Locke.