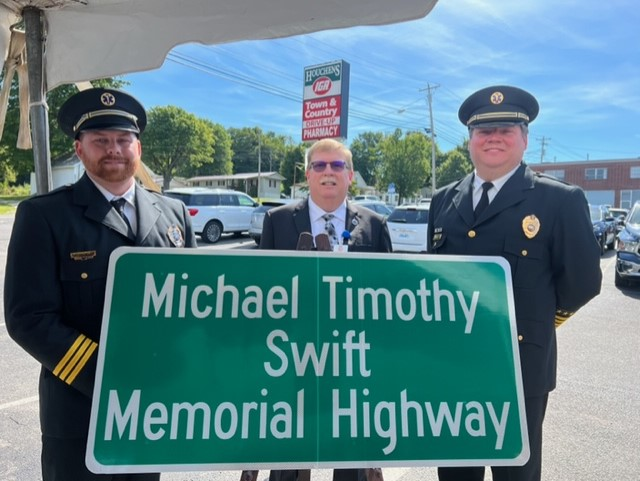 Last Thursday under sunny skies a crowd gathered at the IGA parking lot on Highway 90 in Glasgow, to honor the memory of Mike Swift, with the announcement of the Michael Timothy Swift Memorial Highway.

This honor has been long in the making, in a community that will forever feel the loss of a man described as “the personification of loyalty, dedication, and commitment”.

“He served this community for over 41 years. In his letter of intention to retire, he said it was with sadness that he would leave the fantastic group of people that he worked with and the fantastic citizens of these communities,” said Middleton.

Representative Steve Riley, who was instrumental in naming the stretch of Hwy 90 situated between go and park in the bypass, said there had never been a person more devoted and skilled at helping people in times of tragedies.

Not only was Mike Swift known for his caring nature and his devotion to these communities, but he was the backbone of the formation of the Barren- Metcalfe Ambulance Service.

As expected with the formation of any new venture, this endeavor was not without numerous challenges, but Swift was known for meeting challenges head-on with an attitude of determination and grace.

“It’s hard to remember there was a time when there was no ambulance service,” said Senator David Givens. “This gentleman was a bridge for these communities. He was a bridge from one way of life to another and he touched so many lives,” Givens said. Senator Givens also spoke of Mike Swift’s presence.

“He was a man of sizable stature and could be a little intimidating so I called him Director Swift. I didn’t know his first name. But over time I came to know it and I learned of his passion for the communities and his passion for the work that he did.”

Judge/Executive Micheal Hale spoke of how Swift had been a mentor to him, and how at a critical juncture in his own career, he continued on as a firefighter, because of a talk Swift had with him.

Gilliam attended church with Swift and credits him with steering him in the direction of EMT work.

“He took me under his wing,” Gilliam said.

Congressman Brett Guthrie was also in attendance and referred to Swift as a “great and kind man” and a “true pillar of the community”.

“He really made this a better place to live, and was loved by everyone who knew him,” Guthrie said.

It is without a doubt that those words are true. Mike Swift was the epitome of what it is to be a community servant, and his legacy will live on in Barren and Metcalfe Counties, and the ripple left by his good deeds is immeasurable. 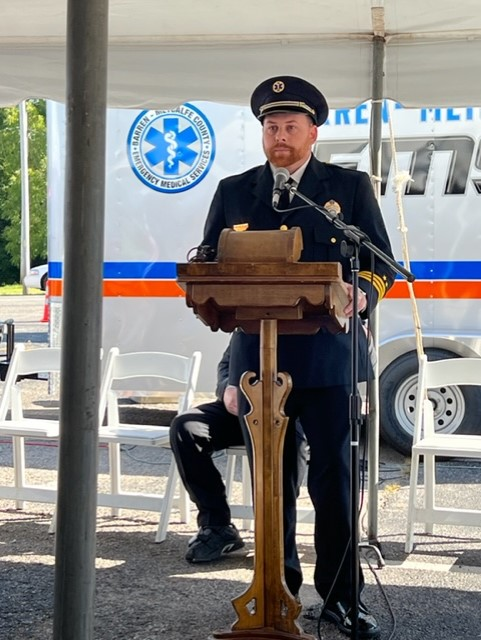 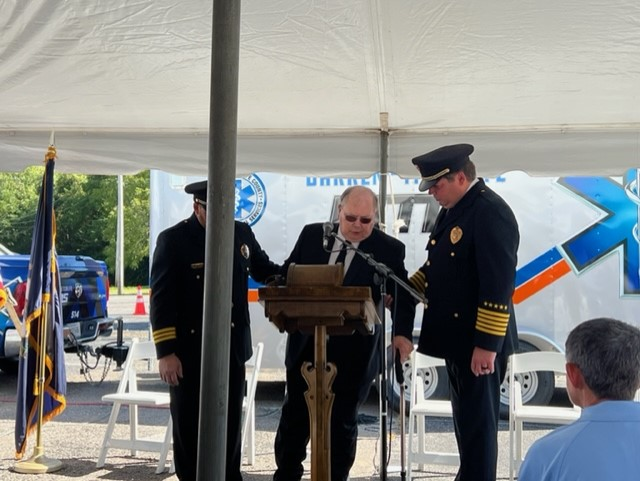 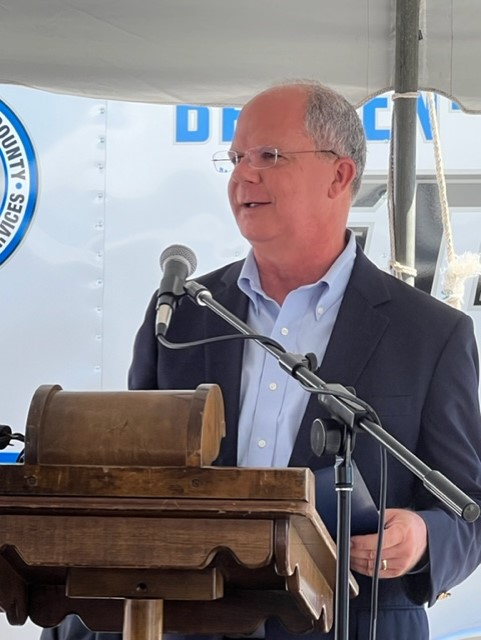 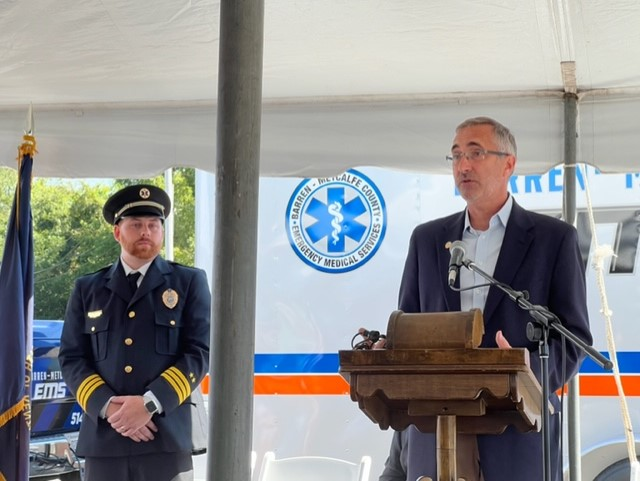 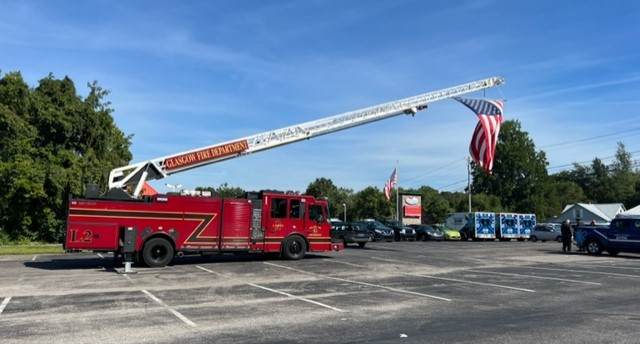 A flag flew high over the ceremony for the dedication of the highway sign for the Michael Timothy Swift memorial highway. Photo by Jennifer Moonsong