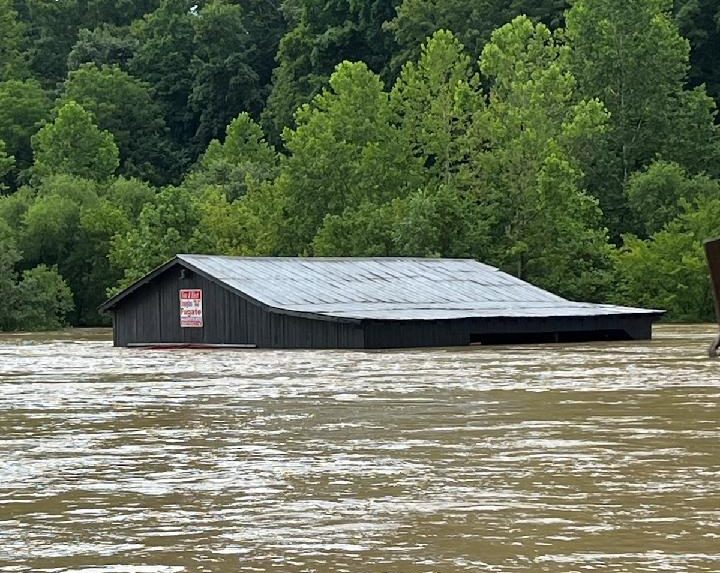 Just after midnight on July 28, Doug “DJ” Fugate got a call from neighbors that the waters were rising. The farmer said he’s had a few problems with flooding in previous years, so he knew he needed to check the barn.

He rushed to get the horses out and moved as much hay to the loft as he could before the water rapidly began to rise. Water was already up two feet into the barn as he drove the trailered horses to higher ground.

“Water’s been in my barn five times total since I’ve been old enough to keep track,” he said. “Most time, it wasn’t that bad, two to three feet maybe, but this time, it got up to my loft.”

Fugate raises Hereford cattle on the family farm that his grandfather bought in the early 1970s. The cattle went to higher ground and escaped the flood, but rising water took the barn, fencing, and all the hay he had stored to feed the livestock.

“Several of my neighbors didn’t fare so well,” he said. “They had to cut fences to let their cattle loose. Some cows, goats, and horses drowned. People lost their lives. It just came so fast; you didn’t know what to do.”

After the initial search and rescue phase, agents from the University of Kentucky Cooperative Extension Service put boots on the ground to assess the community’s needs and mobilize efforts to respond.

“It was really hard at first because there was no electricity in most of the county,” Graham said. “We reached out to farmers and then to donors. People wanted to bring supplies almost immediately, but people were still cleaning up and going to funerals for loved ones. Now we are four weeks out and people are ready to start getting their life back in order.”

Donations started pouring in from across the United States—hay and feed, fencing supplies, tools, and other items and agents needed a dry storage facility with easy access for farmers and donors to store it all. Graham sought help from Mountain Cattlemen’s Association president Arch Sebastian. Together they secured a warehouse in Jackson, large enough for tractor-trailers to drive in and unload. 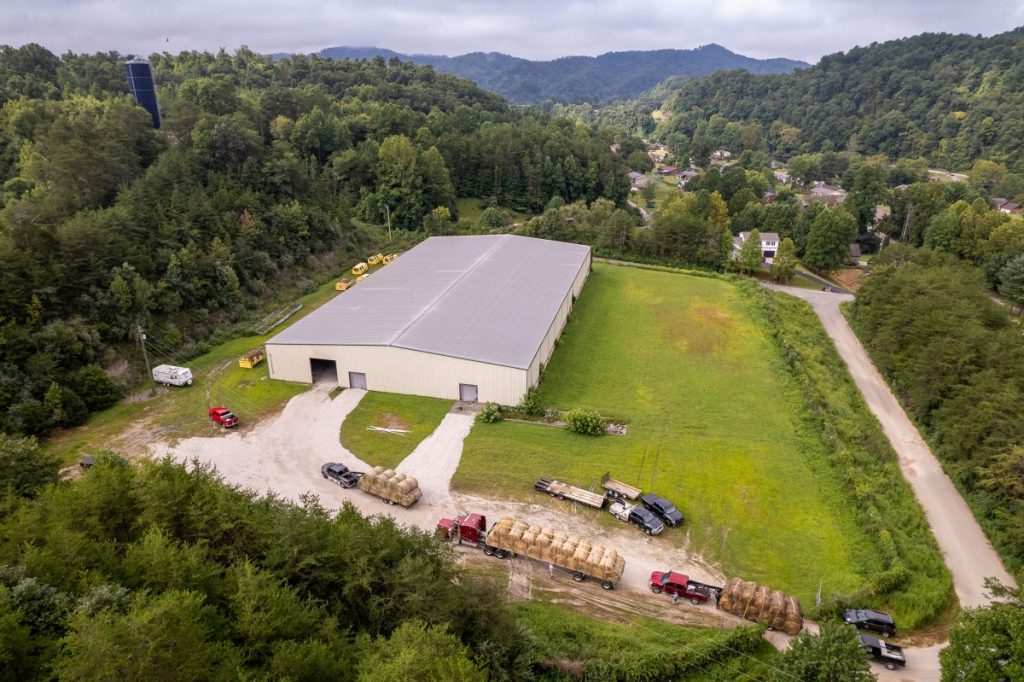 “I was flooded in for about three days at my farm,” Sebastian said. “I knew what was transpiring, but we didn’t really know the magnitude of everything for a few days. Agriculture is a big part of Eastern Kentucky and a lot of people forget that. You’d be surprised how many people raise goats, and how many people have chickens, cattle, horses, and hogs. We’ve been lucky enough that the industrial board let us use this building and the water district has been kind enough to help. It’s a great place to organize this effort.”

The agents distributed a needs assessment survey to farmers to help determine their needs. The survey enabled agents to help hundreds of farmers thus far.

“The system has been very successful,” May said. “It helps us make sure we’re getting the feed and supplies out to people who need them. A lot of extension agents have pitched in and we’ve relied heavily on our counterparts in Western Kentucky who went through this back in December. Their advice has been very helpful, and they have called to tell me to calm down, [and that] it’s going to be chaotic.”

Even with all the outside help, May and Graham fear that some farmers will not be able to continue with their former way of life.

“We’re not going to be able to make everyone whole again; there’s just no way,” May said. “If we can get them through this winter and get them back on their feet a little bit next year, they may continue, but we know we are going to lose some farmers. It’s just too much. At their age and the expenses of getting back, they are just not going to keep on and that’s a shame.”

Fugate said he will continue farming and he is grateful for the donated hay. However, he’s also worried about his fellow farmers. He was initially hesitant to accept the donations, but then realized how critical they will be moving forward.

“I didn’t lose my house, but my hay and hay ground has been destroyed. We aren’t going to be able to get a third cut this year,” he said. “That kind of thing has a lot of farmers up here not knowing what to do. Where are they going to get hay? The places we bought hay from were destroyed, too.”

Graham said helping the farmers and the community sends him home each day with a sense of hope.

“We are able to take things from people who want to give to people who need them,” he said. “I have been able to help make a connection between donors and recipients. Having this warehouse to store things that we might have otherwise had to turn away has made all the difference. Every night, I go home refreshed because I feel like I really helped people that day.” 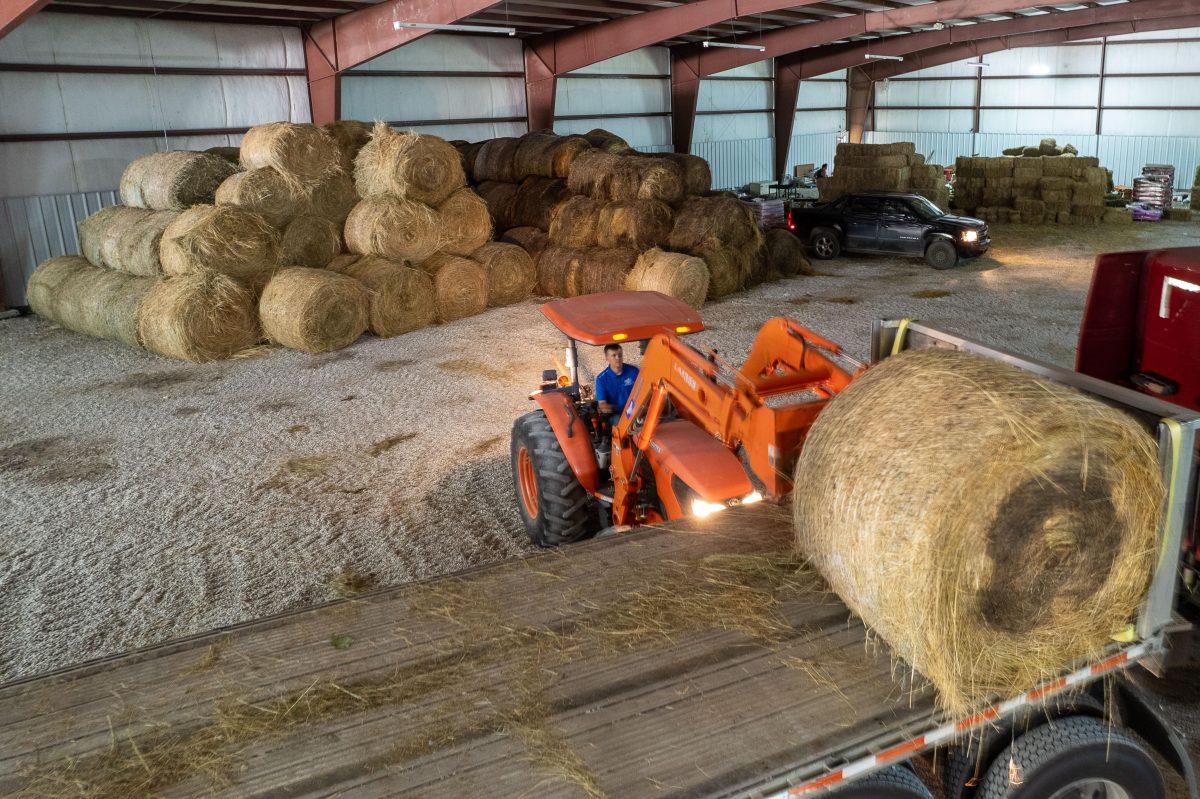