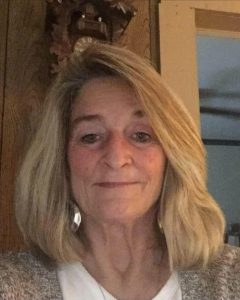 CAVE CITY – Sherry Lynn Smith, age 65, passed away on Friday, September 2, 2022, at her home. She was born in Glasgow, Kentucky on July 1, 1957, a daughter of the late Eugene Thomas Smith and Mildred Jane (Brooks) Smith.  Sherry attended and graduated from Caverna High School in 1975, she had worked as a Pharmacy Technician at Cave City Prescription Center and was a member of Cedar Hill United Baptist Church.

Sherry is survived by her mother, Mildred Jane (Brooks) Smith, of Cave City, along with one brother, Greg Smith, also of Cave City.  Several nieces, nephews, and great niece,s and nephews also survive.

She was preceded in death by her father, Eugene Thomas Smith, and one brother, Thomas Eugene “Tommy” Smith.

Funeral Services will be conducted at 12 Noon on Monday, September 5, 2022, at the Bob Hunt Funeral Chapel. Bro. Cary Brooks will officiate the service. Interment will be in the Horse Cave Cemetery.  There will be no visitation prior to the Funeral Service.

Bob Hunt Funeral Chapel is honored to be entrusted with the care of Ms. Smith and her family at this time.