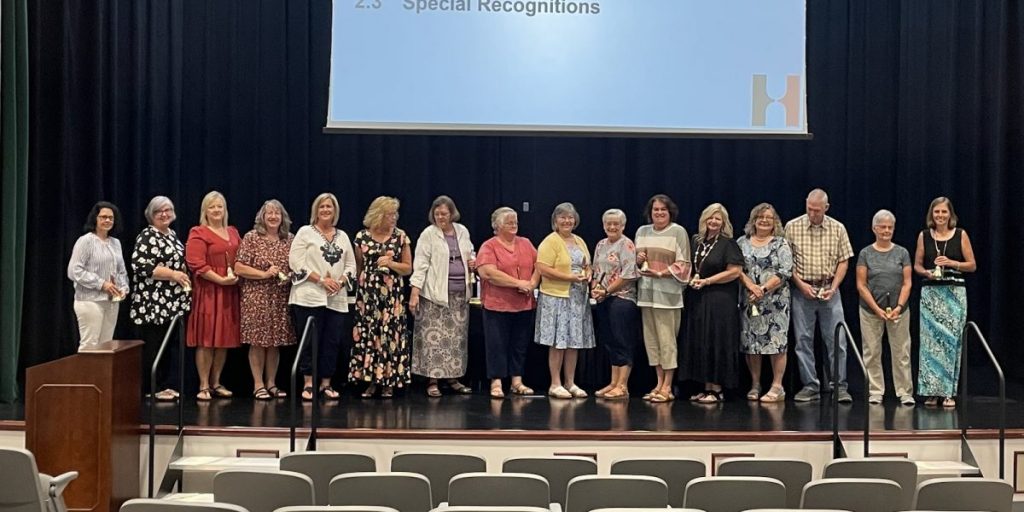 Superintendent Nathan Smith recognized the 2021-2022 retirees and presented each one with an engraved bell.

The Hart County Board of Education met on Thursday, August 18, 2022 in the auditorium of Hart County High School.  Board Members Tyler Holthouser, Tina Rutledge, Cheryl Shirley, Wesley Hodges, and Sonya Gedda were in attendance, as well as Superintendent Nathan Smith.

“As a custodian, he truly takes pride in his work and makes sure students and staff have a nice, clean place to come to school,” described Poynter of Tobin. “He develops relationships with students, and they love to have him around. Often times, we’ll find him in the cafeteria, and the kids will beg him to come sit down with them during lunch and just talk.”

Each retiree was presented with an engraved bell.

“I know they’re missing us,” said Smith. “I know they’re missing the kids, camaraderie, (and) colleagues…I was going down the list looking at personal qualities. You had high expectations. You were hard workers. You were loyal. You were ethical. You were honest. You were team players. You did what it took to make Hart County great…There’s nothing we can say that really, really exhibits how much we appreciate what you have done for us. You were great employees, and we miss you, and we appreciate everything you did for us.”

The Board heard from each principal in attendance regarding the first half week of school. Each reported a great start, with HCHS principal Greg Cecil comparing the first days as “normal, for the first time in a long time.”

“We had some student speakers on opening day, and here’s what they asked of us,” began Smith. “In a nutshell, (they want) high expectations. They wanted us to challenge them, and they want to have fun.”

The next Board Meeting will be on Thursday, September 15 at 6 p.m. in the HCHS Auditorium. 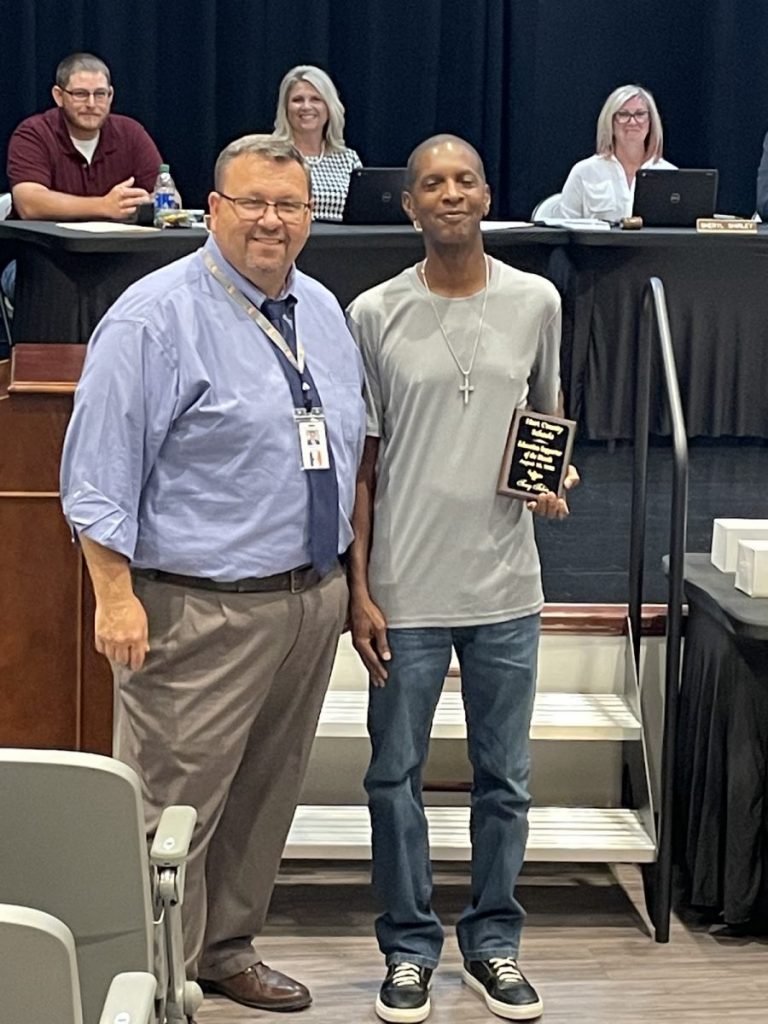 Memorial custodian Tony Tobin was recognized as the Education Supporter of the Month for his hard work and dedication to the students of Memorial School. 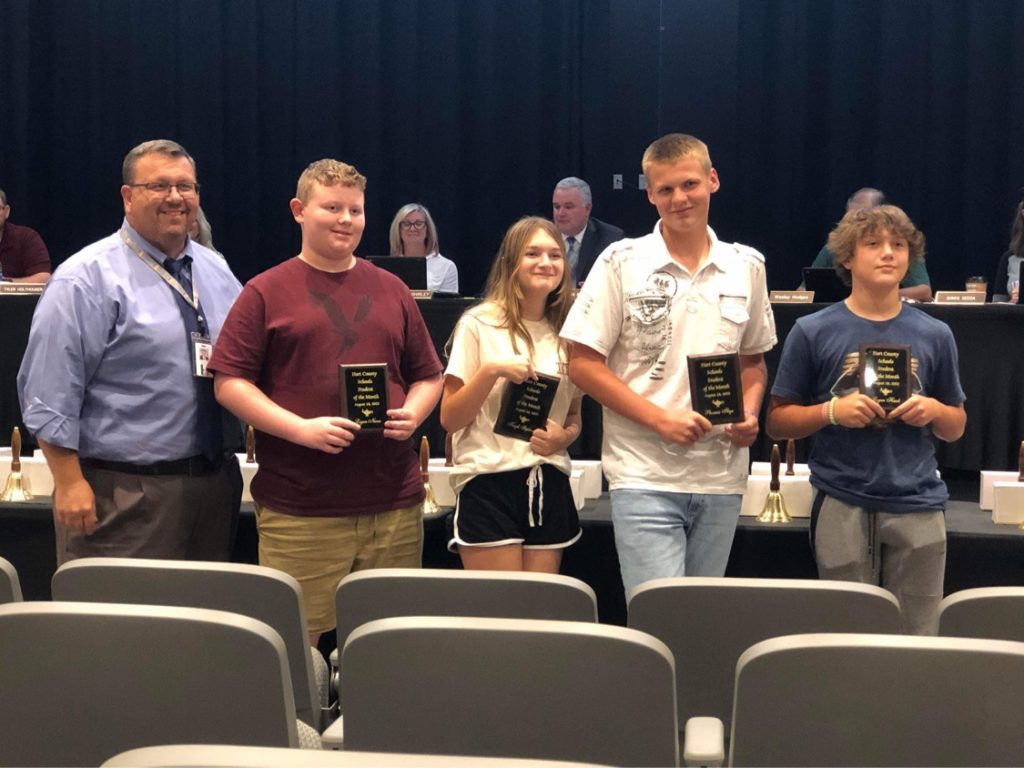