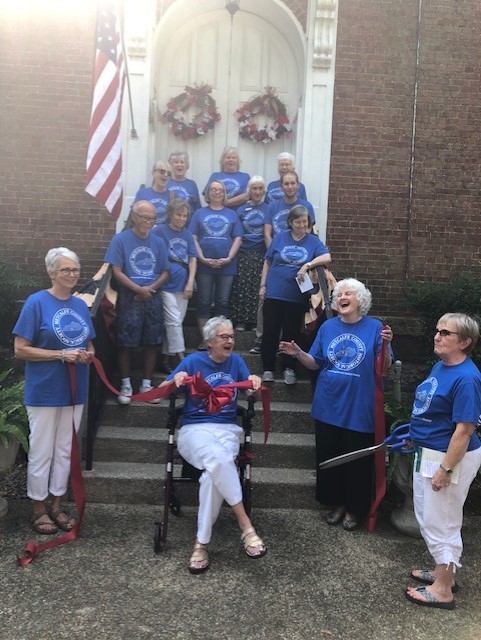 Metcalfe County Historical Society members looked on as Kay Harbison cut the ribbon to officially open the museum. The group was also teasing her as you can see from the laughter. Photo by PJ Martin

At long last, the Metcalfe County Courthouse Museum is open to the public. The Chamber of Commerce held the ribbon cutting on Thursday, August 25th with a sizable crowd gathered in the courthouse yard.

In the opening ceremony Kay Harbison, President of the Metcalfe County Historical Society thanked the people that have helped to bring the museum to fruition. She thanked many people including Ron Summerfield Contracting for making their projects become reality, Doug Jones Electrical for checking the courthouse wiring system and repairing it, the fiscal court for allowing the use of the historical courthouse for the museum, the many artifact donors, and the many other people who have spent countless hours to help preserve the county’s history.

The ribbon cutting was followed by museum tours by those in attendance. In hopes that you will go visit the museum for yourself, no photos of the inside exhibits are included in this story.

The first courthouse was located in a dwelling built by Tommy Reid where Butler Funeral Home now stands. It was burned down in a raid by confederate guerillas on March 15, 1865, under Captain Jacob Bennett.

The courthouse was rebuilt on a lot where Edmonton State Bank now stands, but on July 27, 1868, it too was burned down at the hand of an arsonist. Immediately after the fire, plans were made to build a third courthouse in the center of the town square.

H.P. Bradshaw of Louisville was selected as the architect and on September 29, 1868, W. H. Perry received the contract as the lowest bidder. The total cost for the construction was $14,438.48.

This building served as the center of the Metcalfe County government until 2017. At that time the fiscal court awarded the Metcalfe County Historical Society the use of the old courthouse as a county museum which formally opened today, August 25, 2022. 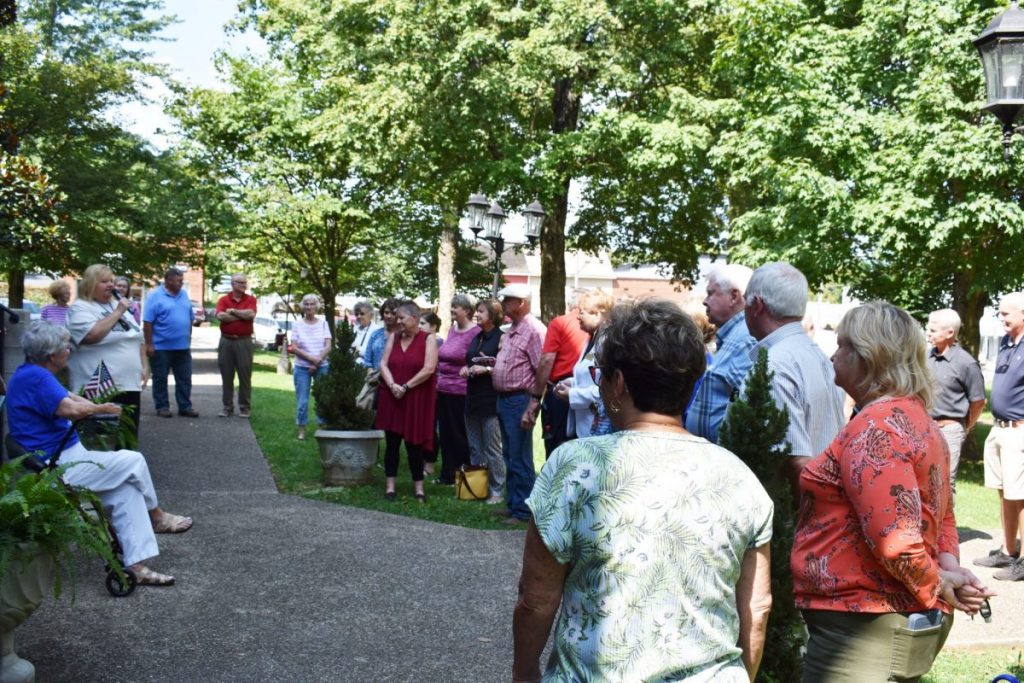 Chamber President Torrie Osbon spoke to the crowd that gathered in the courthouse yard. Photo by Kim Harwood 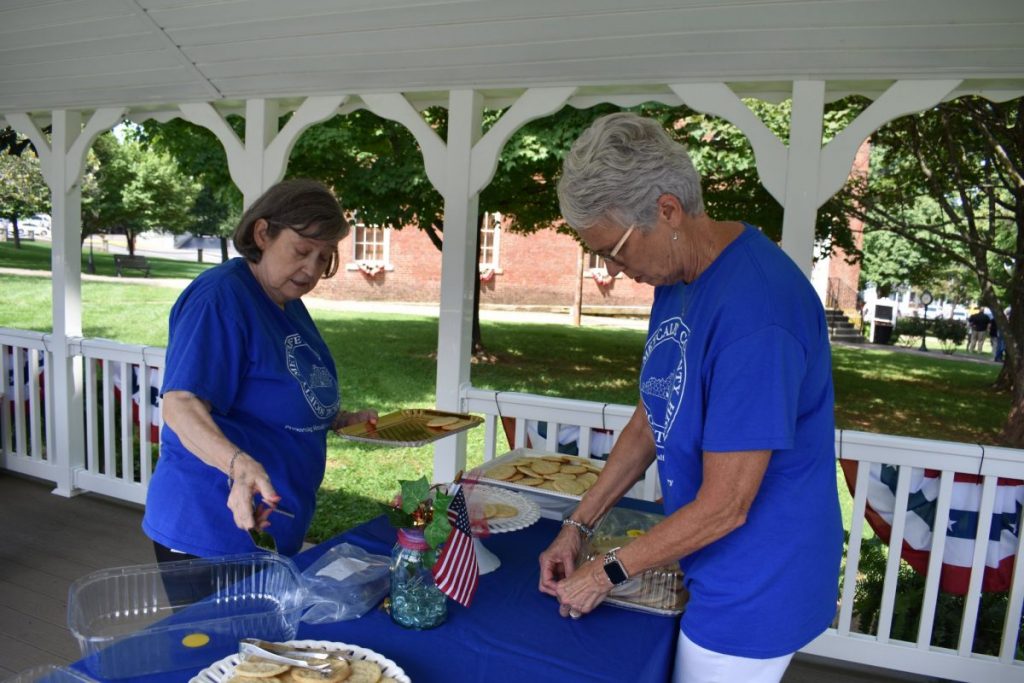 These ladies were getting refreshments ready in the court yard gazebo. Photo by Kim Harwood