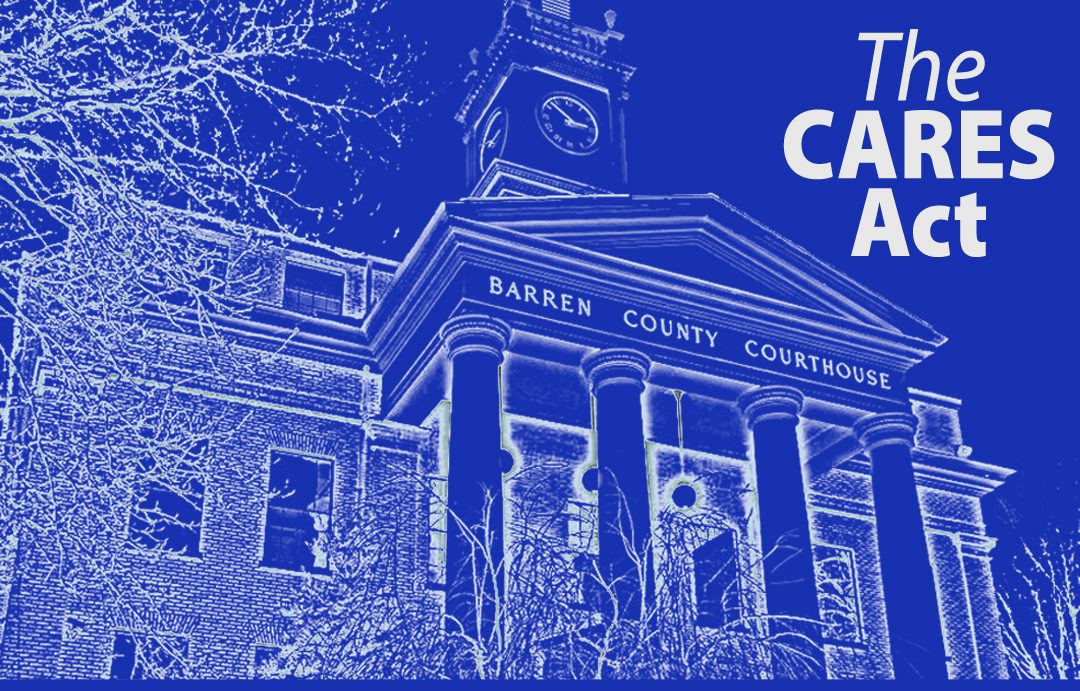 Barren County Judge-Executive Micheal Hale has repeatedly told magistrates and county tax payers that the county was reimbursed expenses associated with the care of nine seized horses from the CARES Act. However, the Department of Local Government confirmed that this did not happen.

The Coronavirus Aid, Relief, and Economic Security Act, also known as the CARES Act, is federal legislation passed by the 116th U.S. Congress and signed into law by President Donald Trump on March 27, 2020.

The federal program was passed down to states as a means to help local governments offset economic fallout because of the COVID-19 disease.

Hale’s first attempt to convince magistrates that the seized horses were not placing a financial burden or inhibiting the regular needs of the general budget was seen in April 2022.

On April 19, 2022 Judge-Executive Hale said, “…So, the bill that was, uh, was run up due to COVID with that date being pushed back…We can recoup the CARES money due to COVID because it was above and beyond what was budgeted…So we recouped roughly twenty-five, twenty-six thousand dollars, um, of that money. Most of that went where they were off-site. Um, so that, that’s what we actually recouped through the CARES Act…We recoup that money because it was above and beyond, and if anyone has any different saying about that, if you have proof, show me that we couldn’t recoup that money ‘cause it was above and beyond. Those court dates got pushed out so we had to sit on it, almost two years. We had to. So, again, if anyone has any proof that we shouldn’t of done that, I need to see it.”

The questions he responded to were submitted by the Barren County Progress (BCP). It seemed unlikely feeding horses could be considered a COVID-19 expense. Therefore, the BCP asked in its first email on April 11, 2022 for documents quantifying the reimbursement of horse care from the CARES Act.

The BCP had already disclosed that Hale’s statements regarding court delays was not accurate. County Attorney Kathryn Thomas said in an email that court ran smoothly, and videos of the actual court proceedings showed the majority of delays were related to Hale and had nothing to do with COVID-19.

Barren County Fiscal Court May 2, 2022
Judge-Executive Hale said, “…There’s a number that come out of $41,278.77. Well, that is correct, but when we received our first CARES Act, we were allowed to be reimbursed during the COVID.  We were reimbursed $35,059.84. So, our investment in these animals right now is $6,218.93 because we recouped the majority of that. I want to set that record straight because obviously there’s some that have a hard time setting that record straight. So, I want you to know that as taxpayers.”

The number $41,278.77 came from a news item written by the BCP showing what was believed, at that time, to be all accounts associated with the Turner horses. The accounts were provided by County Treasurer Jenny Hoffman, but additional accounts have been determined to have been mistakenly omitted with the initial request, one of the reimbursement payments was to Hale himself.

May 17, 2022 Fiscal Court Meeting.
Hale said, “As it relates to the CARES, these aren’t anything that, uh, I drawed (drew) up. This is from the Kentucky Association of Counties. Money, or expenditures, that was above budgeted line items. The most recent approved budget refers to Fiscal Year 2019-2020 budget as enacted by the 2018 General Assembly. So, recouping from the CARES says we can do it. I didn’t make this up. Here it is. Also in the CARES itself, costs not accounted for in budgets most recently approved…When there’s not line items for expenditures, you can pull from the CARES.  Number two evidence.”

In a May 17, 2022 meeting, Judge-Executive Micheal Hale said, “…the most recent approved budget refers to Fiscal Year 2019-2020 budget as enacted by the 2018 General Assembly. So, recouping from the CARES says we can do it.” He completely omitted criteria listed in 1 and 3; both clearly negate possibility of having expenses associated with horses being reimbursed by the CARES Act. Billie Renee Johnson, Executive-Director for the Office of Federal Grants said, “Horse expenses would not fall within guidelines and even if they did they wouldn’t be reimbursed if before the dates established.”

The BCP had exhausted all efforts of retrieving documents from the county to support Hale’s claims that any expenses had been reimbursed through the CARES Act. As a result, on May 3, 2022 a phone call was made to the Kentucky Auditor’s office. Auditor and media contact Micheal Goines gave the name and contact information for Billie Renee Johnson. Johnson is the Executive Director for the Office of Federal Grants and Acting Executive Director for the Office of State Grants for the Department of Local Government.

In conversation with Johnson, she was astounded that anyone would claim to have had horse expenses processed through the CARES Act.

“I know without a doubt horse expenses would not have been approved and certainly not if outside the parameters set by the federal government for the program,” Johnson said.

This is what initially alerted the BCP to the potential problem. Johnson confirmed all expenses would have to be requested for reimbursement and fall within March 1, 2020 through December 31, 2021.

The BCP work covering the seized horses detailed for readers the bulk of the expenses which occurred from September 2019 through April 2020. This would have only allowed one month of the $4,000 monthly amounts paid to Steve Bull but not any of the larger amounts of $25,000, $26,000 or $35,059.84 indicated by Hale could have been within the time frame even if Johnson and the committee had approved the horse expenditures.

Johnson actually chaired the committee overseeing all county requests and, although she was certain the expenses would not have passed through the committee, she agreed to have every expense reimbursed for Barren County detailed for the newspaper. 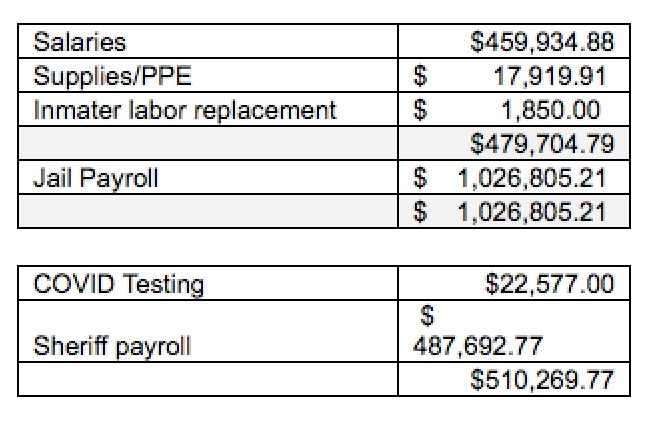 The totals by criteria for all expenses submitted and reimbursed associated with CARES Act for Barren County.

An additional amount was requested and approved for the Barren County Sheriff’s payroll of $487,692.77 by the DLG committee chaired by Johnson. The total amounts with complete detail of requests signed by Hale was $2,016,779.77. The DLG provided actual copies of all invoices and payroll employee detail for the entire amount.

There were no horse expenses requested and no reimbursements made.  All the documents were signed by Hale but not provided to the BCP through the open record requests from the county.

“…. Once we were reimbursed for the mentioned expenses, the reimbursed money was unrestricted,” said County Treasurer Jenny Hoffman. “We could use it for whatever we needed.”

This is the only statement or basis explaining how Hale was saying repeatedly in open meetings to have been reimbursed for care of the horses.

The statement was provided to Stephens and asked for comment.

“After a diligent search, including searching correspondence with the Barren County Treasurer, the DLG was unable to locate any responsive records,” Stephens said.

There are no documents permitting Judge-Executives or County Treasurers to use these specifically requested and reimbursed funds without the normal process of paying any expenses outside the general fund, requiring magistrate approval.

It is not known what the total costs associated with the care of the horses have been since seized on September 10, 2019.  There have been no updates or discussion regarding the horses since the former owners of the horses filed their lawsuit on June 13, 2022.

The only thing we now know for certain is no horse expenses were reimbursed from the CARES Act.  Judge-Executive Micheal Hale clearly misspoke in the Fiscal Court meetings of April 19, May 2 and May 17 of this year.