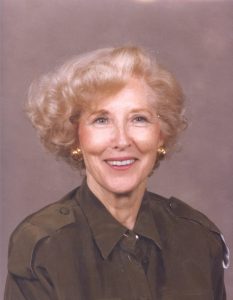 GLASGOW – Wiley Pulliam Oliver, 93, passed away Monday, August 15, 2022, at the Barren County Nursing and Rehab Center. A native of Cumberland County, she was the daughter of the late Homer and Etta Walker Pulliam. She was a homemaker and a volunteer at Glasgow State Hospital. She was a member of the Glasgow Baptist Church and later was a member of the First Christian Church; being very active, she taught Sunday school at both churches for many years.

In addition to her parents, she was preceded in death by her husband, Major Rondel R. “Soup” Oliver; one son, Rondel David Oliver; her son-in-law, William Depp; one brother, and three sisters.

Graveside services will be held at 11:00 a.m. Thursday, August 18, 2022, at the Glasgow Municipal Cemetery. Visitation will be after 10 a.m. at the cemetery. Expressions of sympathy are requested to be sent to Community Medical Care. Arrangements are entrusted to Hatcher & Saddler Funeral Home.