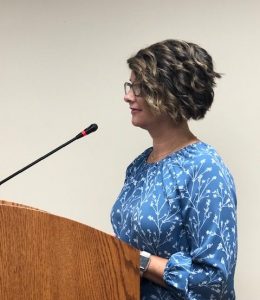 The Metcalfe County Fiscal Court met in regular session on Tuesday, August 9th with all members in attendance.

County Clerk Shannon Fields addressed the court about the 50-year lease for the Savoyard Precinct which will expire on October 1st. The current property owner Jerry Taylor had spoken extensively with Officer Jarrod Steele. Steele spoke on his behalf stating that Taylor is requesting the new lease agreement be for 10 years and that stipulations be added for his use of the building for storage when there is no election. The Taylors maintain the land around the building and the lease fee continues at $1.

Taylor said, “We have no problem with people using it…its’ very convenient for them [community].”

County Attorney, Barry Gilley agreed to draw up a new lease agreement with the stipulations added allowing the building to be used for storage except for the 3 days of election use. The question of liability for any accidents on the property is to be clarified in the new lease agreement.

It was also discussed that a padlock or some other means of security be used to prevent unauthorized entry of the building during elections. The new lease agreement will be added to a future fiscal court agenda.

The second reading and adoption of the revised Overweight Truck Permit and Bond Ordinance No. 22-0722 was approved unanimously. This raises the bond amount from $5,000 to $20,000 and will cover the increased costs of road repairs and applies to any carrier whose total weight exceeds the basic requirements of KRS.221.

The second reading and adoption of the Revised ABS Ordinance No. 160823-A4 was also unanimously approved. After House Bill 252, the legal age to serve or sell alcoholic beverages is lowered from 20 to 18 years of age per KRS 244.090. 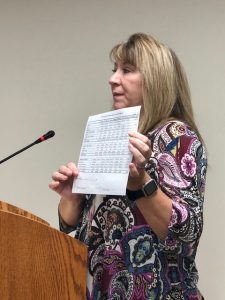 Judge/Executive Harold Stilts advised, “Our animal control officer Billy Coomer has resigned.” Attorney Gilley noted that the job is an appointment not requiring advertisement. After a brief discussion, it was decided that the Judge would talk to a person who had inquired about the job.

Next was a discussion of the current supplier of rock for the county. Mark Rock has been unable to deliver rock when needed recently and it has been necessary to call another supplier which charges a lower cost. Judge Stilts asked for approval to contact the current supplier by letter to adjust his price to match the secondary supplier. The supplier had contacted magistrate Kevin Crain to discuss the matter. The action died for lack of a motion.

The July financial statement and claims were also approved and the Recycling Center, DES, and Road Department reports were provided to the Magistrates for review.