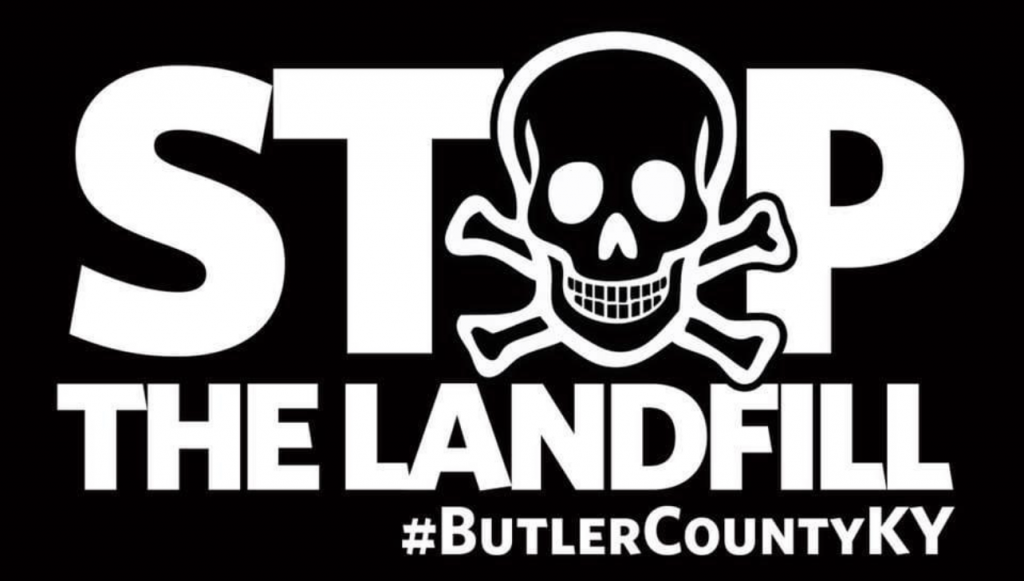 It came as a shock and as no surprise when Stop the Landfill President, Frank House announced recently that the OHA Residual Landfill had gotten a green light. Just last week, the Division of Waste Management (DWM) sent us a 14 page transcript of the public hearing that was held in May. When reading the first paragraph, we were surprised to find that the hearing was a month too late.

If you attended the public hearing, it was clear that everyone involved, other than the concerned citizens, were being paid by David Bradford of Owls Head Alloy. They paraded “expert” after “expert” to talk about how safe and how good this landfill is. They, obviously, aren’t the people who will now be forced to live near it. Bradford, himself, sat two seats in front of us as we watched and listened. He seemed, at times, to be entertained as he chuckled at commenters.

This week, the report is in, with responses. For all the comments made by “we the people”, the responses were almost all the same:

Below is an important part to look at. In comment 15, the concerned was inquiring about not if, but when the discarded materials get wet. In the response it is important to note that they will give each employee (2 people) personal ammonia detectors and will watch the levels closely for their safety. Keep in mind, the two jobs that the company will bring to the county will be filled by people from outside the county. They make no concessions for our health and welfare.

In the first commenter’s response they talk about a groundwater and surface water monitoring system. It is important to point out that elsewhere in this document, it is listed that there will be one monitor upstream and one downstream and these will take quarterly readings. These quarterly readings will be allowed a certain amount of contaminants and still be acceptable. Personally, we would think that no amount of this kind of contaminants would be acceptable, since the contaminants will be dumped into our river just a few leaps away from our drinking water intake.

An excerpt from pages 11 and 12 of the document from DWM:

“Comment 14: Several commenters stated that liners fail. The concern included the effects if this does happen. If it were to happen, it could occur over a long period of time, going unnoticed by the public. Further, it was suggested the liner may melt and degrade in part due to the proposed waste stream. One commenter specifically outlined the following:

Response: Pursuant to 401 KAR 48:170 Section 1, the engineering design shall consider the physical and chemical characteristics of the waste, including compatibility of the waste with the liner and cover materials and water that may come in contact with the waste. The liner shall be designed to ensure containment of the waste on site and compliance with the environmental performance standards of 401 KAR 47:030. DWM believes the applicant has demonstrated compliance with these requirements in the submitted application. Additionally, the applicant has proposed a groundwater and surface water monitoring plan/network which will require the submittal of compliance monitoring reports to the DWM. Compliance monitoring reports records are made available to the public through the Kentucky Open Records Act.

Comment 15: Commenters stated the proposed waste materials will inevitably get wet. It was suggested the studies and requirements should not only look at the materials as if they were dry but make sure the operational and design plans accounted for the material when it was wet. Further one commenter specifically asked what type of reactions can occur and what effects can these reactions have if the bag house dust or salt cake is exposed to water and moisture. Commenters also specifically asked if material would be allowed to be deposited during wet weather.

Response: The applicant performed and documented in Attachment 7 of the NOI application Synthetic Precipitation Leaching Procedure (SPLP) testing for all waste materials. The SPLP test is designed to mimic the real-world environment for these wastes. DWM did not have any further comments or concerns regarding this testing.

The facility will distribute personal ammonia detection monitors to each landfill employee as stated in the application. The detection monitors will be used to monitor employees once per quarter for ammonia exposure as part of the internal health and safety program. The monitors will allow the facility to determine compliance with the Occupational Safety and Health Administration (OSHA) Permissible Exposure Limit of 50 ppm averaged over an 8-hour work day and the Short Term Exposure Limit of 35 ppm during any 15 minute period in the day recommended by the National Institute for Occupational Safety and Health (NIOSH). If ammonia levels exceeding the levels listed above are detected the facility is to take all necessary steps to ensure immediate protection of human health.”

If you would like to read the full document, please stop by the Banner as we will have a copy of it for viewing.