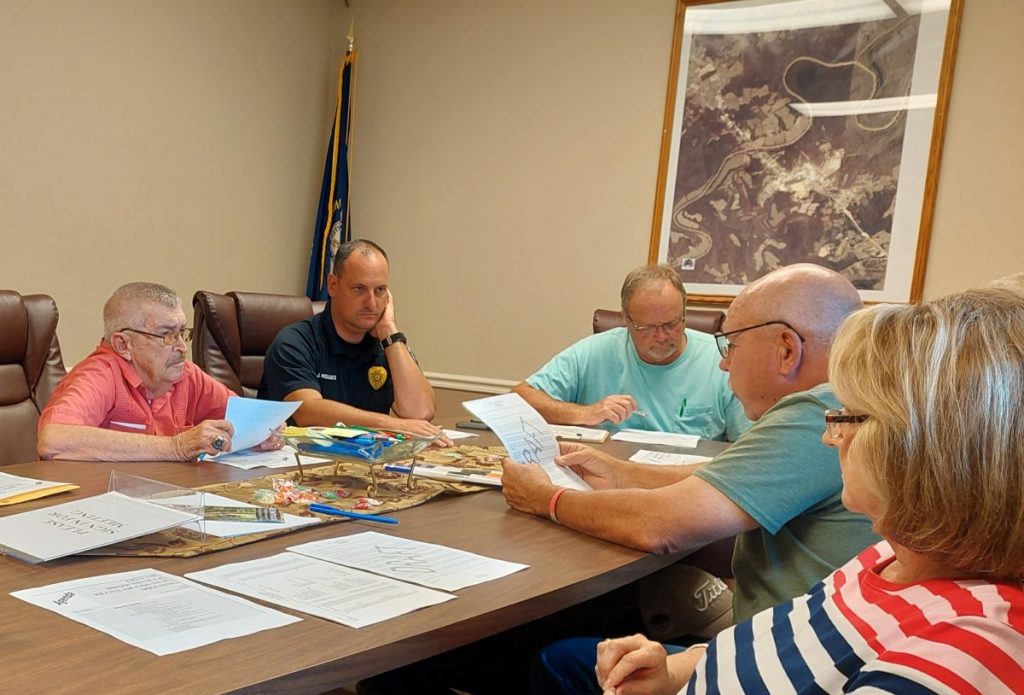 August 1, 2022 – The meeting began with the council approving the last meeting’s minutes and paying the monthly bills. The Council agreed to credit Mr. Zaragos water bill based on evidence he had previously presented to the council. ARPA funds were used to purchase new dumpsters for the city. Also, some of the funds were distributed to the Brownsville Police in the amount of $30,000.

Chief Hodges explained that body armor used by Officer Meredith, formerly of Edmonson Co. Sheriff’s Dept. was purchased from the Sheriff’s office. This was purchased at a savings to the city instead of purchasing new. Hodges

In unfinished business T&T, Construction Enterprise quote for building security had gone up 10%. A quote for a wooden door was also submitted. City Council asked to see a quote for a metal door due to it being a possible lower price. Clerk Lori Burnett reminded the council that the city has a grant for $37,000 that can only be used for security. This grant has to be used before it expires or the money has to be sent back.

There are still problems with the new garbage truck. Mayor Meredith is going to take the truck back and have them fix the compactor. He stated the truck is still under warranty so it will be no cost to the city.

Brownsville citizen Jonathan Brown attended the meeting and asked questions about the recent Livestock ordinance. He owns a property in the city limits that also has a rental dwelling. He wanted clarification on each dwelling owning chickens and his ownership of peacocks. Chief Hodges explained the ordinance and said he would get an answer about the Peacocks and two dwellings but as of right now he needed to remove a few chickens to be within guidelines. Mr. Brown said he could do that and the only reason he was in violation was that a hen had hatched out some chicks.