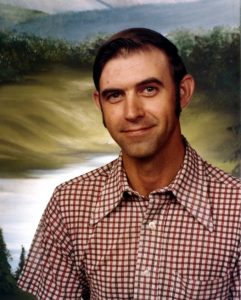 TEMPLE HILL – Jerry L. Harvey, 77, passed away Sunday, August 7, 2022, at Shanti Niketan Hospice Home, Glasgow. He was the son of the late Joe and Marie Taylor Harvey.  He was of the Baptist faith, having attended Temple Hill Baptist Church for several years, and Calvary Baptist Church for many years.

He was a retired social studies teacher.  He began his teaching career at Meade County, KY in 1968, before being drafted into the U.S. Army in July 1968. He served in Vietnam from January 1969-January 1970.  He was a point man, squad leader, and Sergeant in the U. S. Army Infantry, Big Red One. After his military service, Jerry started his local teaching career at Temple Hill School. He taught 7th and 8th-grade science in 1970, before becoming the 7th, 8th, and 9th-grade social studies teacher in 1974. He also coached basketball, football, and baseball at Temple Hill School with his good friend Bud Tarry. After Temple Hill, he taught history at the Barren County Middle School. He retired from teaching at 29 ½ years of service: however, he was a substitute teacher for 10 years after retirement. His favorite subject to teach was American History.

Jerry loved horseback riding, training, and working with his many horses throughout his lifetime. He also enjoyed working on the farm and watching western movies.

A special thanks to Dr. William Travis and the staff at the Shanti Niketan Hospice House.

Funeral will be 11:00 a.m. Thursday, August 11, 2022, at the Hatcher & Saddler Funeral Home with burial in the Glasgow Municipal Cemetery.  Glasgow Chapter 20 DAV will provide military honors at the cemetery. Visitation will be from 4:00 pm to 8:00 pm Wednesday at the funeral home.

In lieu of flowers, donations may be made to the Shanti Niketan Hospice House. Due to health concerns, those attending will need to wear a mask or face covering.