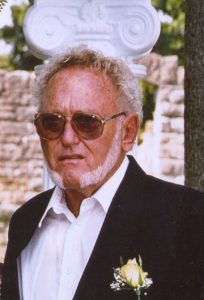 GLASGOW – Joseph T. “Joe” Winlock, Jr. 90, died Friday, August 5, 2022 at his residence. A native of Hiseville, he was the son of the late Joseph T. Winlock, Sr. and Dorothy Lee Vincent Winlock. He was a retired Regional Manager for Surge Dairy Equipment, having served 37 years and retiring in 1994, a United States Navy veteran, and a member of the Hiseville Baptist Church.

Survivors include his wife, B. Diane Winlock; one daughter, Diana Salerno and her husband Greg of Houston, Texas. In addition to his parents, he was preceded in death by one son, Joseph Theodore Winlock, III and one step-son, Chad Bryant Brown.

Funeral services will be held at 2:00 p.m. Tuesday, August 9, 2022, at the Hatcher & Saddler Funeral Home with entombment in the Hiseville Cemetery. Visitation will be from 2 to 8 p.m. Monday and after 9 a.m. Tuesday at the funeral home. Alternate expressions of sympathy may take the form of donations to BRAWA or to the Hiseville Baptist Church.