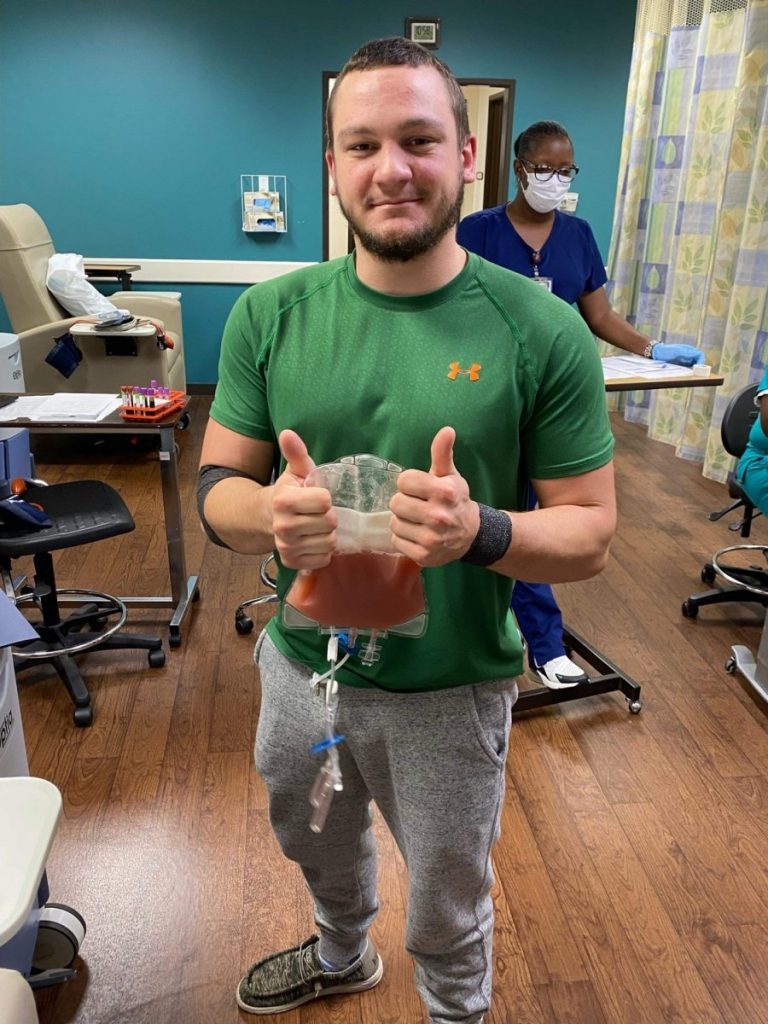 “From what they told me, it’s kind of a needle in a haystack, once in a lifetime opportunity, but 100% I’d do it again if the opportunity arose,” said Jonah Carter, of his experience donating stem cells for a 56-year-old man fighting blood cancer in the United Kingdom. Photo submitted.

Back in April, Jonah Carter received an email that included a very important request. His human leukocyte antigens (HLA) were found to match a patient currently battling blood cancer, and he was asked if he’d be willing to donate.

“The only information they gave me is that he’s a 56-year-old man from the United Kingdom,” explained Carter. “So I’m liable to never know who he is or ever get to contact him, but they did tell me in six to nine months I can request an update, if they have it, to see how he’s doing.”

Blood cancer patients can often only overcome the disease with the help of a stem cell donation from a suitable donor, which means that for many patients, their only chance of survival is to find a matching donor as quickly as possible.

“It’s a long process. I was contacted at first in the middle of April and for this specific guy, and I had to postpone it to the very beginning of May,” explained Carter, who said he went for blood work once in May and then again (in Louisville) on June 15. “July 11th was my donation date, so there were two months in between first contact and actual donation.”

The two types of donations are peripheral blood stem cell donation (PBSC), which makes up 80% of cases, and bone marrow donation. Whether the cells are removed from your bloodstream or bone marrow is decided by the patient’s physician based on what is best for the patient.

In Jonah’s case, he was being asked for a peripheral blood stem cell donation, which is when stem cells are obtained from the blood by a special procedure called apheresis.

During the stem cell donation process, blood is drawn from one arm and passed through the apheresis machine that filters out the blood stem cells and returns the blood back into the body through the other arm.

To maximize the amount of stem cells in the body at the time of donation, donors will receive a five-day course of a synthetic protein injection called filgrastim.

“Those filgrastim shots, they make you uncomfortable,” said Carter. “On Thursday, Friday, Saturday, and Sunday, I did three shots each day, and Monday was my actual donation day, so they gave me one shot that day. I wasn’t feeling the best those five days I was taking them or the donation day. They don’t make you feel absolutely miserable, but you’re not going to feel good for five or six days. Your back is going to hurt, and your appetite goes down, but it’s nothing you can’t get through. I guess it’s more of an achy feeling.”

The donation takes four to eight hours on one or two consecutive days. No surgery is necessary, and donors can typically leave the clinic the same day.

“Everybody is different, but I worked all the way through it,” recalled Carter. “I was achy and didn’t feel good, but it was nothing that I couldn’t handle. I donated Monday, came back Tuesday, and I went back to work Thursday, which was just the way my schedule worked. The only thing that made me feel bad were those shots, and it wore off the next day after I quit taking them.”

Once the stem cells have been removed, speed is of the essence, and they must reach the patient within 72 hours. They are delivered in person by courier. In Jonah’s case, they reached the patient in the UK on the following day.

Carter initially joined the Be The Match registry in 2020 in support of Tara Wilson. Be The Match is a global leader in stem cell and bone marrow transplantation. On average, only 1 in 540 members of bone marrow and stem cell registries will go on to donate.

“From what they told me, it’s kind of a needle in a haystack, once in a lifetime opportunity, but 100% I’d do it again if the opportunity arose,” said Carter.

For more information on joining the Be The Match Registry or to find out if you’re eligible, visit https://bethematch.org/. 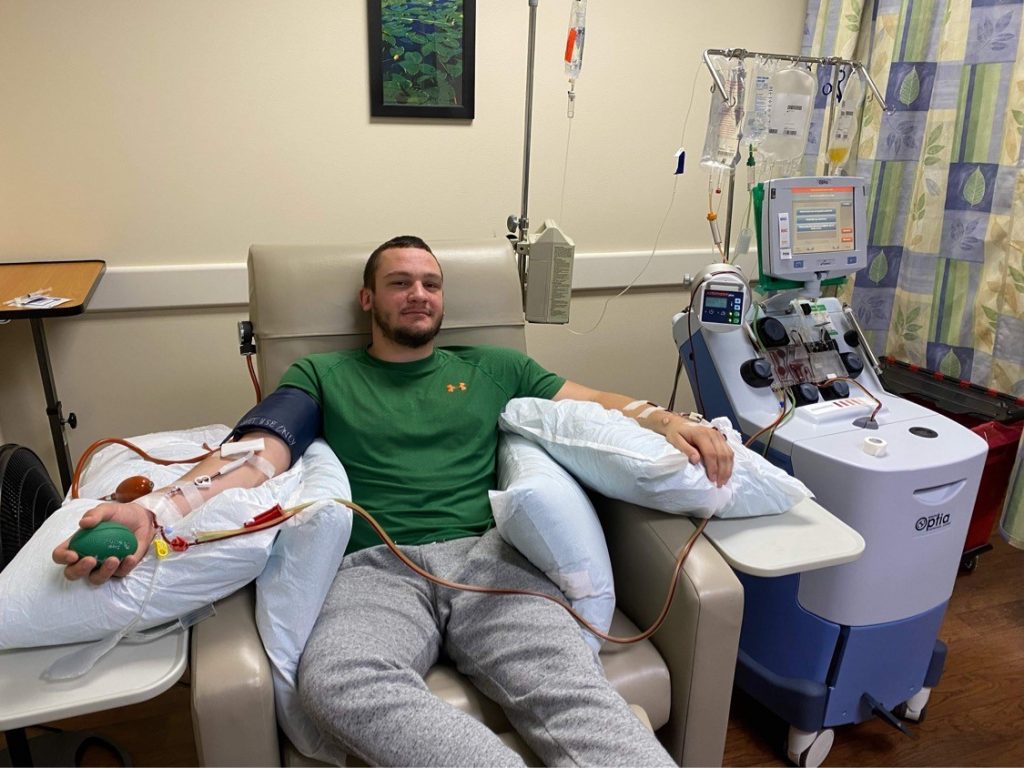 On July 10, Jonah Carter boarded a plane to Texas. The following day, he donated stem cells to a blood cancer patient he will likely never meet. Photo submitted.