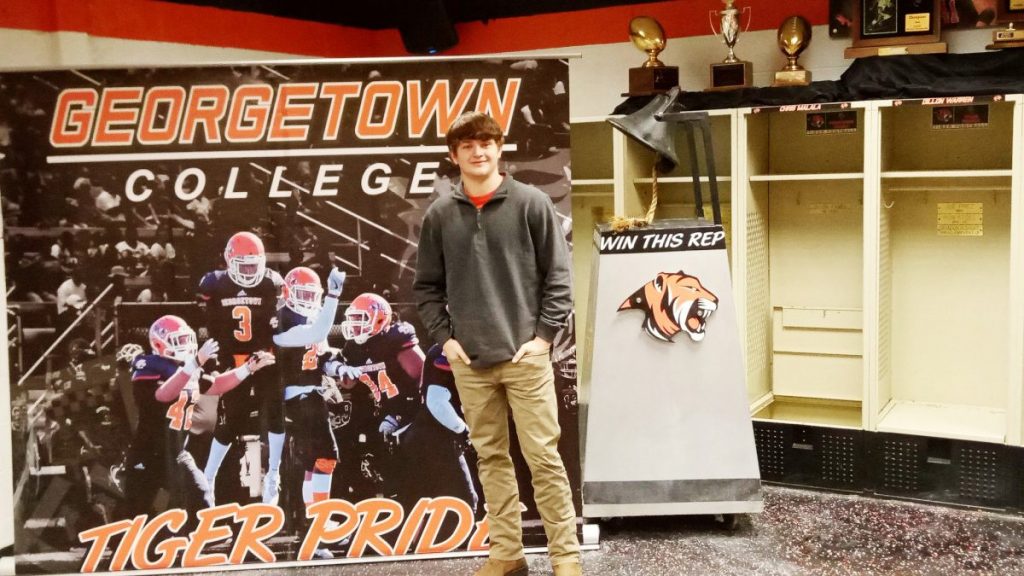 Dustin Butler will be playing football for the Georgetown Tigers this fall. Photo submitted.

Dustin Butler, a 2022 graduate of Hart County High School, will be wearing a new jersey this fall.

The 19-year-old running back from Bonnieville officially signed on February 2 to play football at Georgetown College. He recently moved to campus on August 2.

“Football’s always been one of those things I can’t get enough of,” said Butler, who has played the sport since around the first grade. “…I like everything about Georgetown…The coaches are nice. They’re great. The campus is great. All of my teammates seem great, too. Everything there seems a perfect fit.”

Butler stated that getting the call to play football at Georgetown was a life-changing moment.

“It was awesome. It was so exciting,” Butler said. “…I got the call, and I just ran to the house and told dad. I called everybody. It was just an amazing feeling because I just wanted to play football…I worked for it. I’m just a kid from Hart County. I always wanted to do this.”

Butler said he is thankful for his parents and all the sacrifices they’ve made for him to achieve his dreams.

“They’ve been the biggest supporters,” he said. “They took me to every game. They done everything for me. They took off of work. They sacrificed and sacrificed.”

For Butler, attending college is more than about football. He plans to major in Education.

“I’m looking forward to having a chance to get an education,” he said. “That’s the main thing right there.”

During his career at HCHS, Butler earned several football awards, including the Overall MVP Award twice, and was named to the All-District Offense 1st Team and 2nd Team. 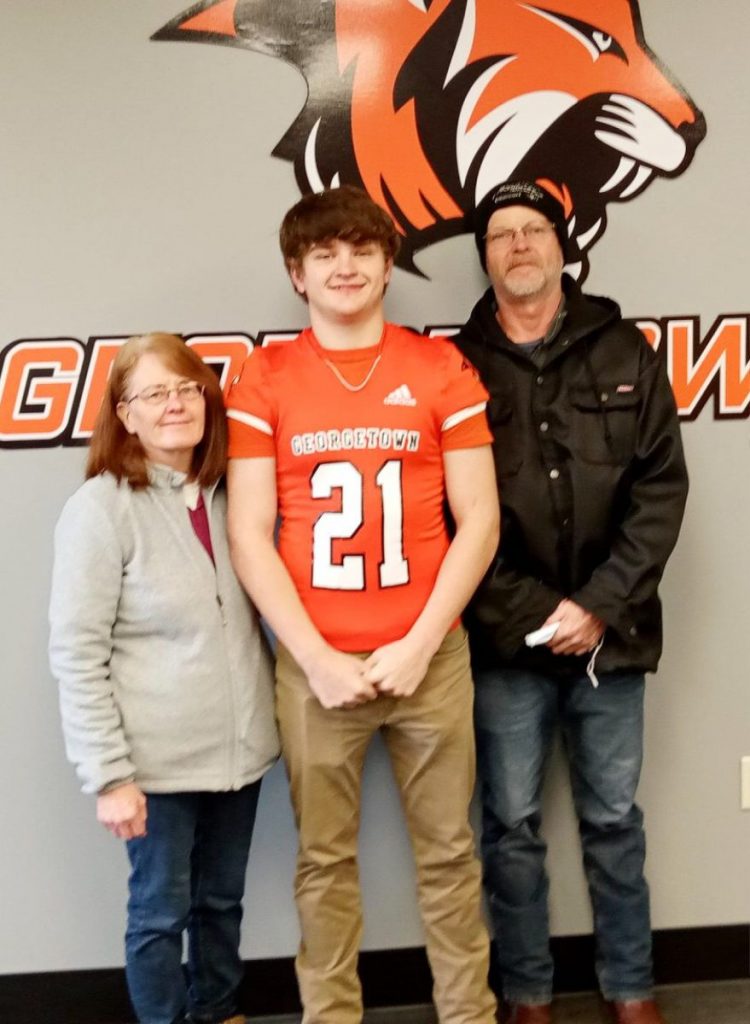