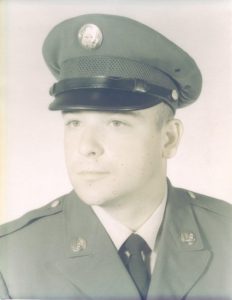 GLASGOW – Earl Joseph Dionne, 77, formerly of Providence Rhode Island, passed away Sunday, July 24, 2022, at his residence. He was the son of the late Leo and Leah Gervais Dionne. He was a service manager for Norwood Chevrolet in Warwick Rhode Island and worked for Barren State Park as a Chef in the Lodge. Earl loved life, golfing, camping, dancing, and spending time with his family. Earl Will be sadly missed by all who knew him.

Besides his parents, he was preceded in death by his wife of 37 years, Gertrude Moreau (Trudy); one brother, Roy Dionne.

Earl has chosen cremation with no services scheduled at this time. Hatcher & Saddler Funeral Home is assisting the family with arrangements.