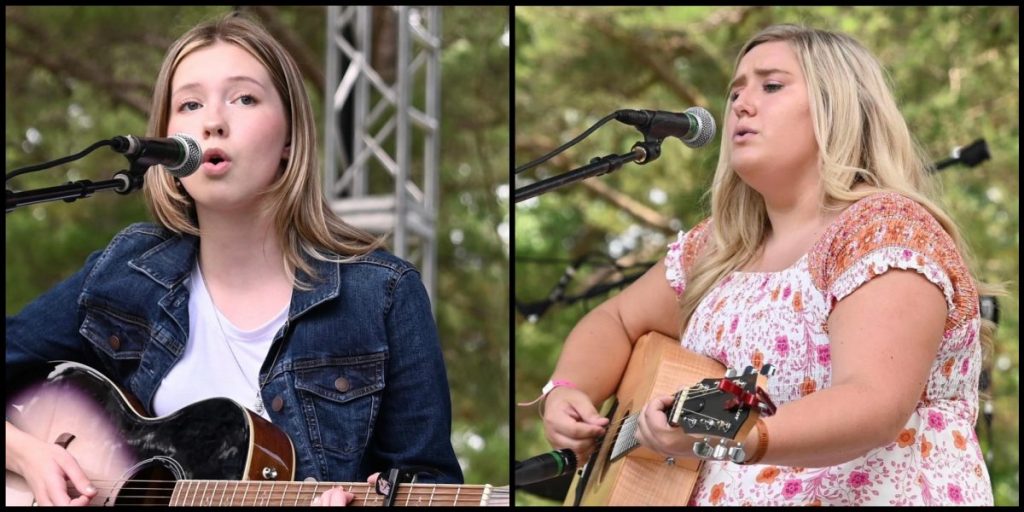 At such a young age, musicians Cara Bishop and Kara Wilder are making their mark on the Kentucky music scene.

Bishop, age 15, and Wilder, age 16, were recently featured during the Young Songwriters Round at the 29th Annual Master Musicians Festival (MMF) on July 16 in Somerset.

The singer/songwriters took to the stage with other young musicians from across the state, sharing songs they had written themselves.

Wilder performed two original songs, including “Hart County Folks” that she wrote about someone being from a small town and feeling as though they won’t get anywhere. “Past Heaven’s Gates” is a song she wrote about her Nana who passed away in 2016.

“She (my Nana) always wanted me to pursue my music, and I felt like I needed a song to dedicate to her,” Wilder said.

Bishop performed “Dial It Down”, which was one of the first songs she had ever written, and another titled “Keep A Piece”, which she penned about six months ago.

“I chose those two specifically just because I felt like they were a good way to show my progress and growth as a songwriter,” Bishop said.

Wilder and Bishop enjoyed being part of the well-respected music festival and also sharing the stage with other great talents. 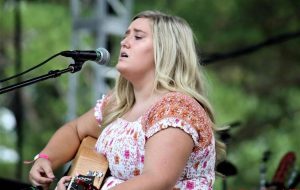 “It was awesome to attend MMF and be around so many other young people that are just trying to do the same thing as me,” Wilder said. “My favorite part…was getting to share the stage with some talented young songwriters and being on the same main stage as Marty Stuart and Grace Potter, along with many other great musicians.”

“Previously, every show I’d ever done, every showcase I’d participated in, I was surrounded by adults, so it was really awesome to be included in the Young Songwriters Panel at MMF and to be with artists closer to my age,” Bishop said. “They’re all super talented, and it was really great for me to get to share the stage with them.”

“Just being on the Horse Soldier Bourbon stage at MMF was incredible,” Bishop added. “Hanging out and making connections with other young songwriters was amazing, too, but my absolute favorite part was glancing out into the crowd and seeing my former art teacher, Sarah Vetter. To be on that stage, doing what I love, and having one of my favorite people on the planet there to witness it was just incredible…I was honored to be part of the Young Songwriters Panel, and I’m thankful for the friendships and connections I made. I can’t wait for what’s next.”

If you missed Bishop and Wilder at the Master Musicians Festival, no worries. Both artists have many upcoming local performances.

Wilder will be at Thelma Stovall Park in Munfordville on July 30. This is a free concert to be held during the Paddling for Suicide Awareness event. She will also be performing on October 8 at Aj’s in Glasgow along with another local talent, Jason Evans. On December 10, Wilder will be at the Kentucky Music Hall of Fame. 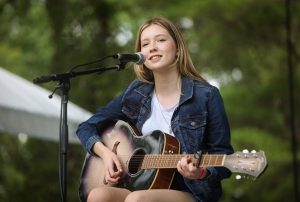 Bishop has shows coming up at J&K’s East Meets West in Shady Grove and Nannie Jo’s in Scottsville. She also has many things happening in Nashville next month.