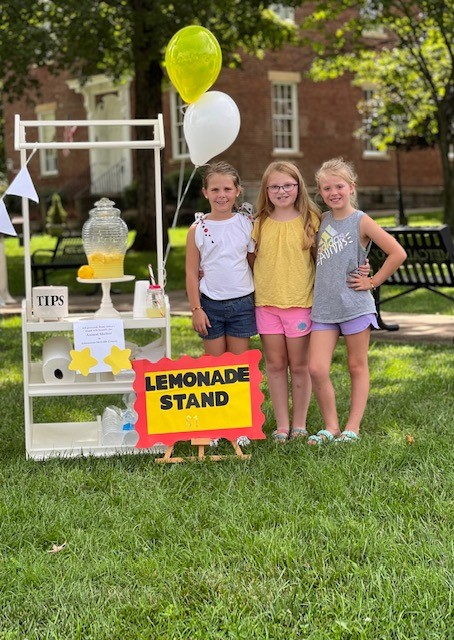 From left to right, Tymber, Madi, and Hadley at the lemonade stand.

When life gives you lemons, make lemonade. At least, that was the idea 8-year-old Tymber Garrett and her friends, Madi Osbon and Hadley Glass had.

The result? Tymber is “happy” to have helped and had fun.

Tymber says making the lemonade, serving it to people, and using the little cash register were my favorite parts.

“Having friends do it with me was fun, too! I thought it would be fun to have friends to do it with me, so I asked a few friends to make some things and join me,” said Tymber.

Tymber made the lemonade, Madi made rice crispy treats, and Hadley brought no-bake cookies and her artwork to sell.

At the end of the day, they had $300 and donated that to the Metcalfe County Animal Shelter.

“The most fun was collecting so much money to give to the poor animals at the shelter and pouring the lemonade,” Madi said.

Hadley agreed, “The best part was giving the money to help animals.”

Philanthropically minded young Tymber already has ideas for future ventures in the works. She plans to organize a few more before school starts and ask other friends to join her, too.

“She’s already working on thoughts for the next recipient of the lemonade stand profits,” said Tymber’s mother Laurel, who is very proud. 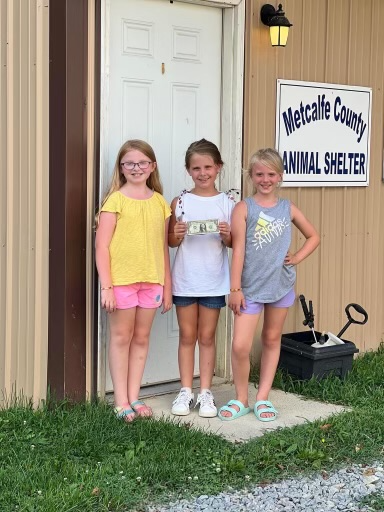 The girls making their $300 donation to the animal shelter. 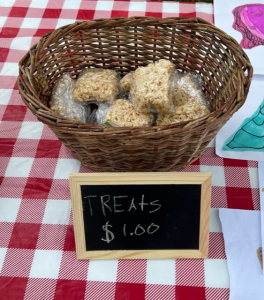 A basket of treats provided by Madi, and a table of artwork provided by Hadley rounded out the merchandise and helped add to the proceeds. 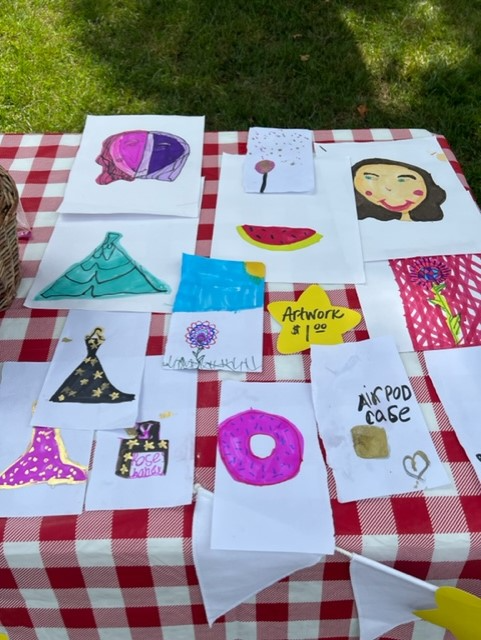