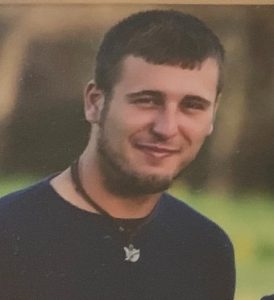 Lucas Mitchell Carey, age 32, of Cave City, Kentucky passed away on July 7, 2022, at his residence. He was born in Glasgow, on January 5, 1990, and graduated from Barren County High School in 2008. He was a Horseman, helping to run the family business, Jessie James Riding Stables here in Cave City, a member of The Extreme Cowboy Association, and The Way Church in Horse Cave.

He is survived by his parents, Ricky Edward Carey (Duffy Hoback,) of Cave City, and Sandra (Houchens) Buchanan of Glasgow; one sister, Jessica Dover, and her husband Thomas; his Fiancée, Justice Lockridge; his paternal grandmother, Mary Lou Carey; and nieces and nephews, Katelyn, Jake, and Braylie Sturgeon, all of Cave City also survive.

He was preceded in death by his paternal grandfather, Sherman Allen Carey; and his maternal grandparents, Clifton and Alma Houchens.

Funeral Services were conducted on Tuesday, July 12, 2022, at Bob Hunt Funeral Chapel, with burial in The Cave City Cemetery.

Bob Hunt Funeral Chapel is honored to be entrusted with the care of Mr. Carey and his family at this time.