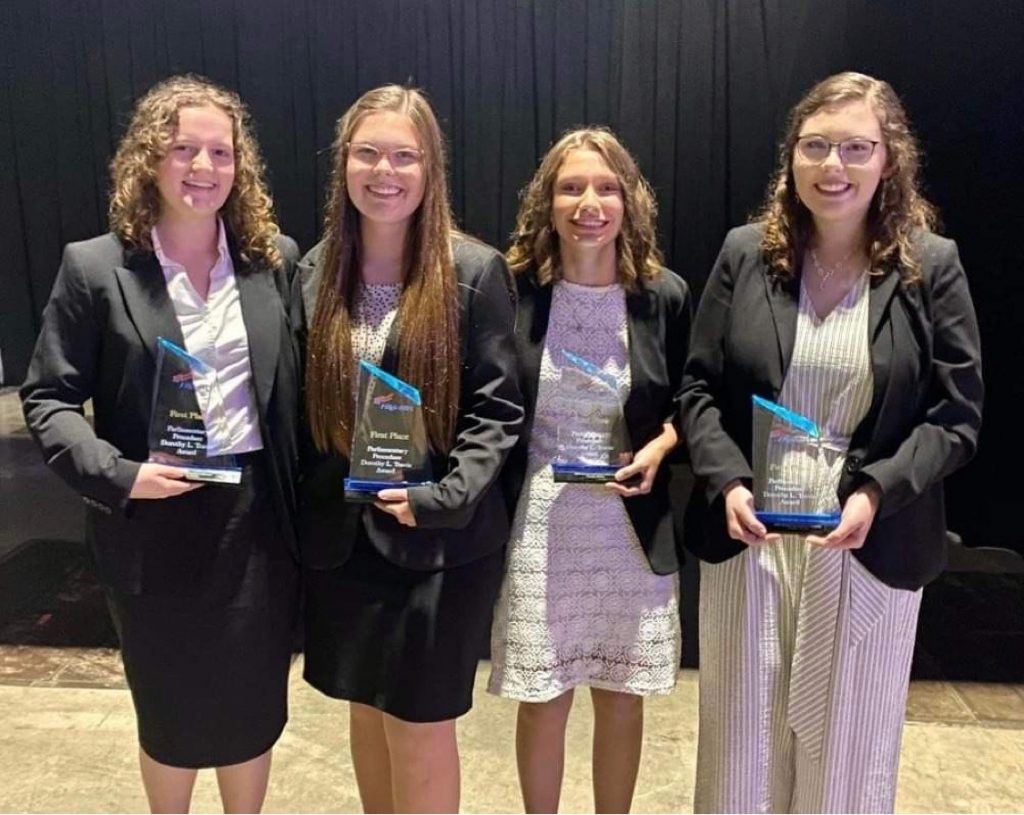 Parliamentary Procedures are the rules for conducting meetings, and in FBLA it’s a two-part event. Students take a test to qualify, based on a 1,200 question bank, consisting of challenging, high-level content and advanced vocabulary. After the test, students encounter a performance portion where they are given 20 minutes to develop a meeting based on a previously unknown problem. In 20 minutes, they put together a 9- to 11-minute meeting based on the problem and then present it to a panel of judges.

Students are also evaluated on their presentation skills, quality of debate, and overall command of parliamentary knowledge.

This is the second year for Emily and Carlee, and the first year for Emma and Clara. Per National Event Guidelines, students can only compete in this event two years on the national level.

“This year’s win is extra special since it is the first time in three years that students were able to participate in an on-site conference due to the pandemic,” said Waddle. “Overall, while I have been fortunate to work with outstanding students each year, this team’s dedication and willingness to learn and work hard are so impressive.”

Just last August, the HCHS Parliamentary Procedure Teams from 2020 and 2021 were recognized at the Hart County Fiscal Court Meeting for their two previous wins at nationals, and they were also presented with signage for the school grounds denoting their accomplishments.