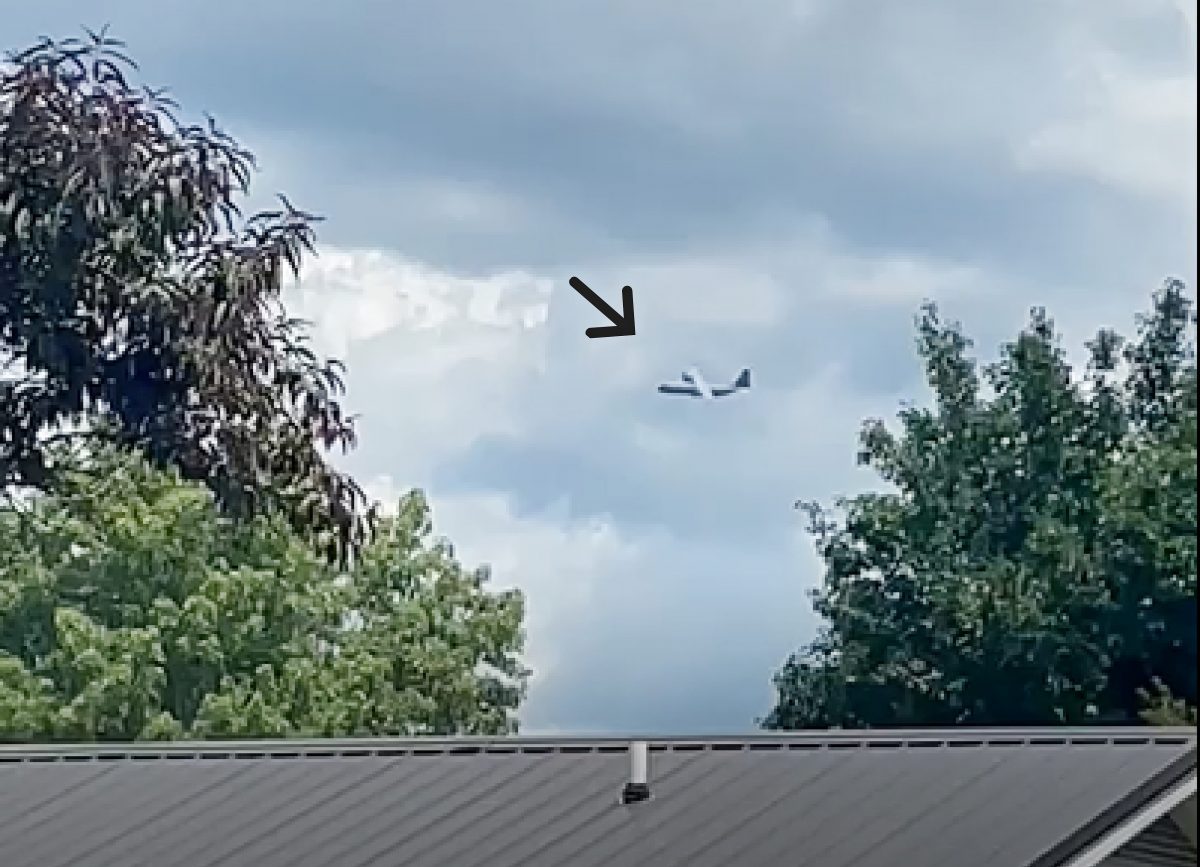 Low-flying aircraft have also been reported in Hardyville. Still shot from a video by Katrina England.

Low-flying military aircraft have rattled Hart County residents over the past few weeks as many have reported seeing planes maneuver at extremely low levels.

The aircraft have been spotted over Priceville, Munfordville, Canmer, Hardyville, the communities of Monroe and Pascal, and other areas, reportedly roaring over houses and skimming over treetops. Some residents even expressed fears of an imminent crash.

On July 15, Stephen Ratliff was working in his garden at his farm on Raider Hollow Road in Munfordville when he saw a low-flying plane overhead.

“(It was) rather unnerving,” Ratliff said. “First thought was it (the plane) was going down. Then I realized there was two more.”

Ratliff described the planes as being “military in appearance” but with no outstanding markings.

That same day, Tracy Keen saw aircraft as well. Keen wrote on a Facebook post that she was at her parents’ home on Hwy. 357 when two planes flew over as she was leaving.

“I seriously thought the first one was gonna crash into the neighbor’s trees,” Keen said. “It was so low. They were heading north.” 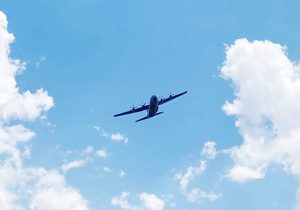 The Hart County News-Herald reached out to military stations within the Commonwealth to receive possible reasoning behind the low-flying aircraft.

Benjamin Crane, Air and Army Public Relations with the Army National Guard stated that their branch trains with others in the Louisville area, nowhere near the Hart County area. Also, they typically train using Black Hawk helicopters, not airplanes.

“Traditionally, we get a lot of these complaints based on the training we do in the Frankfort area,” Crane said. “We do fly from here to Greenville, though, so there is potential for our helicopters to be in that area. Now, obviously, we aren’t going to talk about where we do the training and what not, and I’m not one to speak on it…I’m not in aviation. I don’t have anything to do with where helicopters are going.”

“If there’s no markings, it’s definitely not Kentucky National Guard,” Crane added. “Our Air National Guard aircraft is splashed with Kentucky all over the back tail…If it flew that close, they should be able to read all the markings of our National Guard planes…Fort Campbell may have their own aircraft doing their own thing. They’ve got the 101st Airborne there, but they’re mostly air assault, which is all helicopters as well. I couldn’t tell you what a C-130 unmarked airplane would be doing in the skies, especially flying that low, which is a little disturbing.”

Lt. Colonel Stephen Martin, Director of Aviation for the Kentucky Army National Guard, stated that he would venture to say that the planes which Hart County residents are seeing are originating out of Fort Knox.

“We also have to be good stewards and good neighbors,” Martin continued. We take pride in flying neighborly and trying to be considerate. Anybody out there disparaging our military name in Kentucky, we take personally.”

“The C-5s, they come out of California or South Carolina,” Appelman said. “And we haven’t had any C-130s around here, and there’s no unit on post that have either of those aircraft. We just have helicopters here on post.” 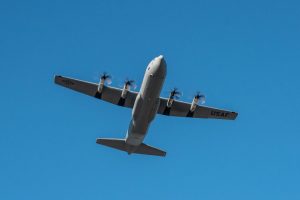 This photo shows one of two C-130J Super Hercules aircraft that arrived at the Kentucky Air National Guard Base in Louisville on November 6, 2021. Photo: National Guard Website.

“The C-130s that we have, the C-130Js, they have the four engines with propellers, so if it’s those, then those are more likely our aircraft,” Speck said. “If it’s that low, then they should be able to see the markings on the tail. There’s a blue stripe. I’m not saying so low they can read the letters, but it’ll say Kentucky.”

“I can assure you they were flying at a safe altitude,” Speck added. “They are very big aircraft, and if they do fly at a lower altitude, they do appear a lot closer than they actually are. I do know that our pilots maintain a minimum altitude, a safe altitude…I assure you, all of our pilots are highly trained, and we have very strict safety standards. They wouldn’t be flying where it’s dangerous.”

Fort Campbell responded to the Hart County News-Herald via email.

“We have forwarded this on to look into if this is in relation to training from any Fort Campbell units,” Ms. Nondice L. Thurman, Media Relations Officer for the Fort Campbell Public Affairs Office, wrote.

Thurman also stated that individuals can visit the Fort Campbell website at https://home.army.mil/campbell/index.php/about/Garrison/public-affairs/community-relations/noise-complaints for a form to fill out regarding noise and public disturbance complaints individuals think may be related to Fort Campbell.

The Hart County News-Herald will share additional information as it is received. 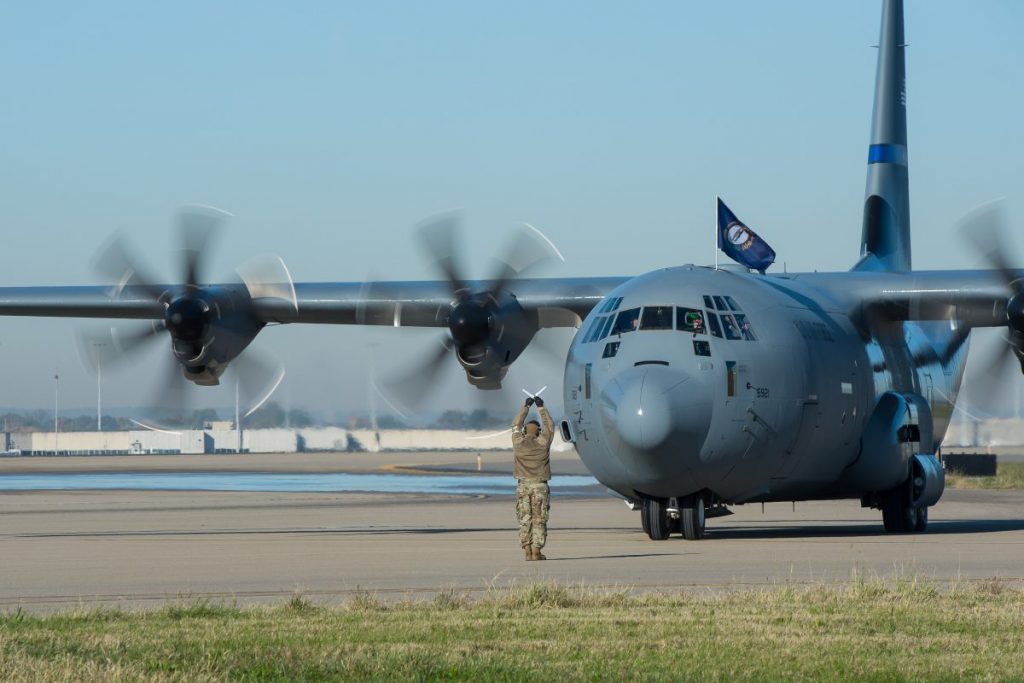